Amid its Failures, Latin America is Rejecting Socialism 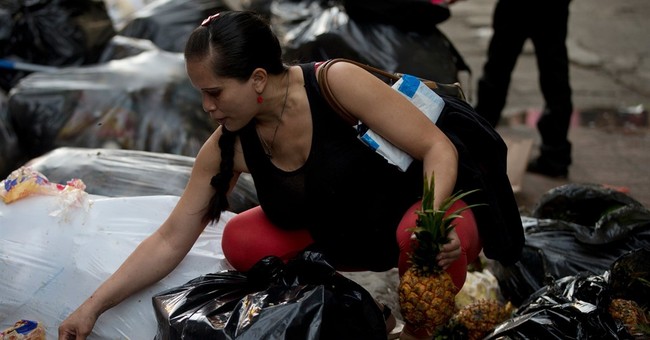 With over 99 percent of the votes counted, it’s looking like Pedro Pablo Kuczynski will be Peru’s next president by a razor-thin victory. If the unlikely happened, his closest rival, Keiko Fujimori, would not be a bad pick for the free-market either. Both Kuczynski and Fujimori are center-right candidates leading in the presidential race and would be a huge rift from the outgoing Peruvian president, who boasts extreme leftist positions and anti-American rhetoric.

What’s happening in Peru seems to be part of a bigger trend taking place in Latin America. Nations across the region have been ousting socialist governments in exchange for center-right candidates.

A few weeks ago, the Brazilian Senate voted to temporarily remove Dilma Rousseff from the presidency, along with her Worker’s Party cabinet, and be replaced by their much more pragmatic and business friendly vice president. Colombia has also recently voted in a right-leaning government under Juan Manuel Santos. Late last year, Argentina ended a decade of leftist rule and elected Mauricio Macri as their new president. He has promised a “rapprochement” with the U.S. and Europe – a direct change from usual Argentine presidents blaming the West for any and all problems.

This phenomenon is a huge about-face in Latin America in what was described in the late 90’s as a “pink tide” throughout the region. Latin Americans across the spectrum used to buy the message of socialism and dismiss the “American Consensus.” …Now, Hispanics have begun rejecting these politics for more free-market ideals.

To give you an idea of the grassroots, free-market movement taking place in South America’s largest country, Brazil now vaunts a Students for Liberty membership number at 1,016: half the organization’s entire global membership. Students have been embracing neoliberalism in droves and right-wing blogger Rodrigo Constantino has developed a cult-following. Such movements in Brazil have spawned in response to the contracting economy and the sheer amount of corruption in Brazilian politics.

What’s more to look at is the growing chaos in Venezuela. The collapse of the economy has led the Venezuelan people to end the Chavista party’s rule in the National Assembly, but now as the situation has gone into complete free-fall as people search through garbage for food, the people may finally say goodbye to President Maduro, the socialist successor to Hugo Chavez, and a bus driver by trade who never graduated high school.

While Latin American politics doesn’t necessarily affect us here in the States, it’s great to see the free market being embraced anywhere in the world.