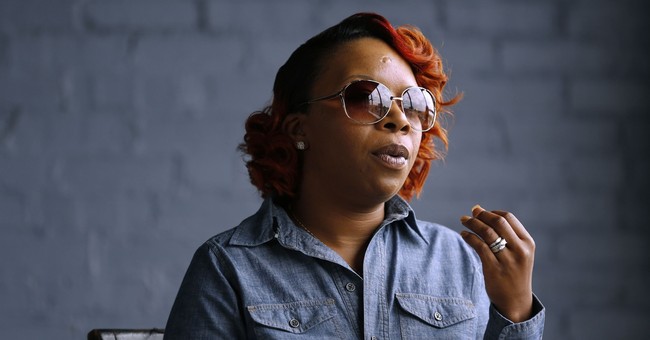 The mother of Michael Brown, who was shot by a police officer in Ferguson, MO, is running for the city’s 3rd Ward Council.

Brown allegedly fought for Officer Darren Wilson’s gun after he robbed a convenience store on Aug. 9, 2014. Wilson ended up killing the black teenager, claiming that it was in self-defense. Wilson’s jury in St Louis County did not indict him, but angry Ferguson’s citizens retaliated. The mob destroyed several businesses and set fire to the city. Brown’s death was one of the events that inspired the Black Lives Matter movement.

Lesley McSpadden is running against Keith Kallstrom and Fran Griffin for the seat. Though it’s her first time running for a political office, she has been active in racial and police policy since her son’s death. McSpadden endorsed Hillary Clinton during the 2016 election and advocated for a Missouri Senate Bill that would make more use of police body cameras.

McSpadden announced her bid for city council last year, where she said she’s focused on, “community policing, economic equality and access to healthcare for all of Ferguson’s young children and everyday people.”

If elected, McSpadden will have supervision over Ferguson’s police department. She told The Associated Press that she wants to "reform" law enforcement.

"I think they should work much harder to prove that they are there to protect and serve, because no one believed that in August 2014 and people are still skeptical," she said. "I wanted to go back and do something right in a place that did something so very wrong to my son, and I think that's what my son would want as well."

Not everyone is on board with McSpadden’s campaign. LaTasha Brown, president of the Southeast Ferguson Neighborhood Association, believed McSpadden wasn’t well connected with the Ferguson community.

"The 3rd Ward needs somebody who's going to mingle with the people," Brown said. "You can't make change from a distance. If you don't know what your constituents are going through, if you're not there to hear what they're saying, how can you lead these people and make decisions for these people?"

Ferguson’s former police chief, Thomas Jackson, blamed the Department of Justice for spinning an agenda around the Brown case. He told his point of view in his 2017 book, Policing Ferguson, Policing America.

“I don’t want to imply the department I led was immaculate, that no Ferguson officer ever engaged in questionable behavior, and I don’t deny that there are systemic problems or that the criminal justice system is in need of lasting reform.” Jackson wrote. “But the Ferguson portrayed in that report was an invention, a backwards, angry place that the Justice Department created to make a show of tearing it down.”