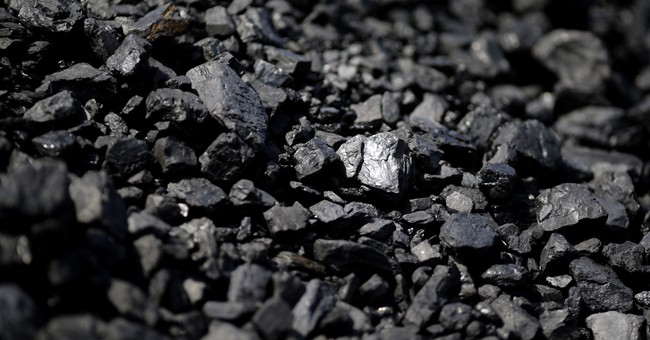 The push for a clean and green agenda machine has made impoverished counties like Martin, Kentucky even poorer.

This week served as another staple in Martin’s history of financial instability. On Feb. 3, John Kirk, the county’s police chief, wrote a detailed post on Facebook about how bad the burden really is.

“The state police will have to answer all complaints,” Kirk wrote. “We have several cases that we are current(ly) working on to get ready for the grand jury in the next month or so. I won’t have time to answer complaints as there are only two of us. Law enforcement as we have known for the last four years will not exist. I’m very sorry to tell you this but I want the fine folks of this county to know the truth. WE ARE BROKE.”

Kirk blamed the fiscal court for poorly managing funds. He stated that his office was supposed to receive $75,000 last month but never obtained it. As a result, Kirk said he had to suspend all law enforcement activities according to The Hill.

“POOR MANAGEMENT is what got us in this mess,” Kirk continued. “FOLKS, LOCK YOUR DOORS, LOAD YOUR GUNS AND GET YOU A BARKING, BITING DOG. If the Sheriff’s office can’t protect you, WHO WILL?”

According to the Associated Press, a big reason for Martin county’s financial crisis is due to the sharp decline in coal severance tax revenue.

In an article from the Kentucky Center for Economic Policy by Anna Baumann, the drop in production of coal is to blame for the drop in coal severance tax revenue.

This is seen in a PowerPoint created by The Kentucky Department of Revenue Division of Minerals and GIS Services in Oct. 2016.

This largely is in part due to Kentucky’s push for clean-air production. The Powerpoint references the Mercury and Air Toxics Standards (MATS), which revised amendments under the 1990 Clean Air Act to “reduce air pollution from coal and oil fired power plants.” Since then, the state worked to shut down coal units in order to meet EPA standards.

Another chart provided by the division estimates that “future power plant closures will reduce demand for Kentucky coal by 40 percent from 2014 levels to 46MT [million tons] by 2025.”

Kentucky’s “coal counties” are already feeling the affect of the state’s green agenda. The decreasing revenue from the coal severance tax is resulting in counties like Martin seeing less of their cut.

“Inadequate revenue has also meant less revenue sharing with local governments,” wrote Baumann. “Which has dropped from 3.2 percent of Kentucky’s economy in 2009 to just 2.8 percent in 2013, the most recent date for which data are available (a loss of about $630 million).”

Police departments aren’t the only ones affected by the money meltdown. Martin County residents can’t even get clean water from the tap at this point, as brought to light in an opinion article on Feb. 2 from the Lexington Herald Leader.

“Decades of mismanagement and neglect have produced a water-delivery system that is barely functioning,” the article states. “Vendors now demand cash payments because the utility has unpaid bills of $800,000-plus and rising.”

The piece goes on to say that people noticed, “discoloration, foul smell and low and erratic pressure,” from their taps. The water has also been “suspected of causing cancer” among those who drank it.

“Martin County is small (barely 12,000 people) and impoverished (40 percent live in poverty), despite having produced 436 million tons of coal over the last 100 years,” the article states. “Public money, including the severance tax on all that coal, flowed into county coffers during the years that the water system was breaking down. But voters repeatedly elected officials who found other uses for the coal-tax money. Not just the pipes are busted, so are public accountability and democracy.”

On Feb. 7, the office of Kentucky Gov. Matt Bevin sent a press release announcing that the Department for Local Government would send $1.3 million in coal severance tax revenue to 27 eastern counties, including Martin county.

“In September 2015,” the release said. “$2 million was deducted from the accounts of 27 coal counties in Eastern Kentucky and directed toward the Kentucky Communications Network Authority (KCNA) for community broadband readiness and public computer access initiatives. KCNA was able to complete this work in a cost-effective manner for approximately $800,000.”

Townhall reached out to the office of Gov. Matt Bevin and the Kentucky Department for Local Government for comment.