Fracking Bill Should Come Up for Vote This Week 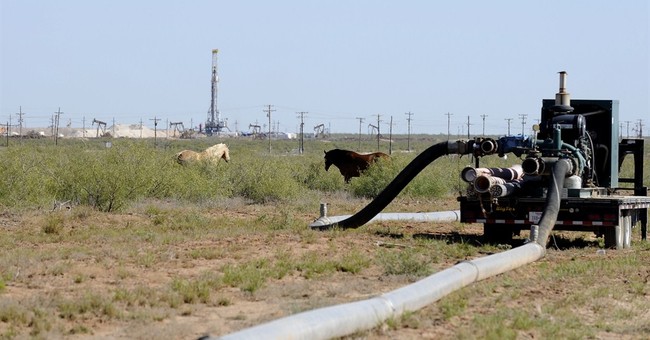 As the bad news for Democrats keeps coming, let’s add one more thing to the list. A new bill concerning “fracking” on public lands will be coming up this week for a vote in the House. The legislation would limit the Obama administration’s power to regulate this form of drilling for natural gas.

The legislation proposed by Representative Bill Flores of Florida would block the Interior Department’s efforts to issue new rules for fracking in states that already have their own regulations.

According to Americans for Prosperity,

“This legislation would assert states’ authority to regulate hydraulic fracturing and protect the natural gas revolution that is improving Americans’ access to affordable energy.”

“State agencies are better equipped to oversee hydraulic fracking than the federal government because they are more proximate to and understand the unique needs of the energy sector. Federal oversight would threaten this critical industry’s rapid progress.”

If this legislation fails, the federal rules would require that companies disclose the chemicals they use in the hydraulic fracturing process and set standards for water that can be released to the surface as part of the operation.

The House is set to vote on the legislation tomorrow. There will also be legislation on the floor this week concerning a bill that would make it easier for oil and gas companies to get permits to drill on federal lands. This is a big week for energy companies. Hopefully we will see a yes vote on these two bills to support the energy industry and safe drilling practices.