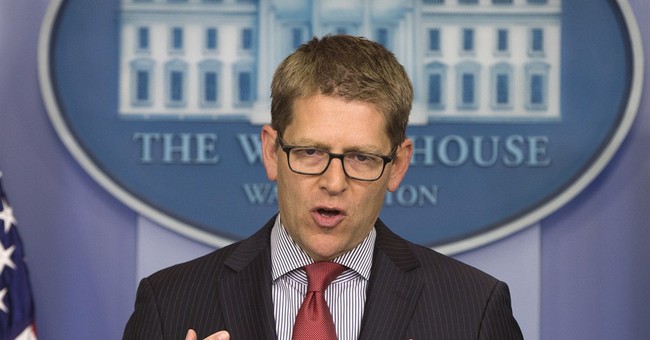 Duh! In his press conference today, the White House press secretary Jay Carney said he would sign up for insurance under Obamacare- but only if he found himself without coverage. When Fox’s Ed Henry asked Carney if he was willing to enroll in the program, Carney responded with, “Absolutely…If I did not have employer-provided health insurance.”

Well this comes as a shock to no one. Of course Jay Carney is going to be beating the drum for Obamacare, especially after an extremely effective filibuster from Senator Ted Cruz. With more and more people knowing how the program will negatively affect them, it is not surprising that he is trying to convince Americans that Obamacare is a great alternative to employer-provided insurance.

Mr. Henry asked Carney about this because the theme lately seems to be that many from within the administration and Congress wouldn’t want the new insurance. Surprising no one, Carney chose to support the overreaching bill that specifically does what the president claimed he would never do- it raises taxes.