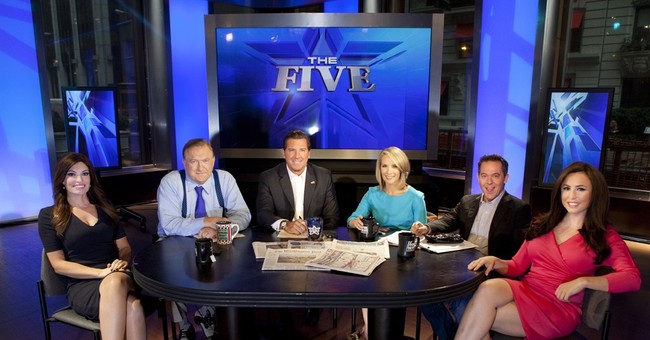 Hmmm, based on what the left preaches isn’t it supposed to be Fox News that is the biased news station? Well even the liberals over at The New Yorker are saying that MSNBC is worse!

According to The New Yorker’s Kelefa Sanneh, who for 8 years was a critic at the New York Times, profiled MSNBC and found that “Conservatives are far less visible on MSNBC than liberals are on Fox News”. And not only is MSNBC less likely to have Conservatives on their shows, but when they do, they tend to be Republicans who talk trash right-wingers.

Sanneh had this to say about Phil Griffin’s show:

Virtually every other show [aside from "Morning Joe"] belongs to hosts who unstintingly support Obama and the Democrats, with only minor points of disagreement. ([Host Chris] Hayes criticizes Obama for his drone killings and surveillance programs, and often conducts friendly interviews with Glenn Greenwald, the journalist who collaborated with Edward Snowden. Melissa Harris-Perry, who appears on weekends at 10 a.m., nearly always defends Obama, and called Glenn Greenwald a “jerk.”)

Conservatives are far less visible on MSNBC than liberals are on Fox News, and the right-leaning guests who do appear are typically critics of the conservative movement: Steve Schmidt, the Republican strategist, who says the party is too tolerant of “nuts” and “kooks”; Josh Barro, an advocate for Republican reform who describes himself as “neoliberal”; Abby Huntsman, the daughter of failed presidential candidate Jon, who has described the G.O.P. as a party of “non-inclusion.” The over-all impression is that your average Republican or conservative is simply too fanatical to be part of polite discourse.

Some have said that the article was too easy on Fox News, saying that the liberals who appear on Fox News are simply too tame. Either way, isn’t the point of media to be unbiased and fair? The fact that MSNBC obviously is not giving equal time to Republicans and Democrats is just unfair to viewers. Give us the information and then let us form our own opinions.