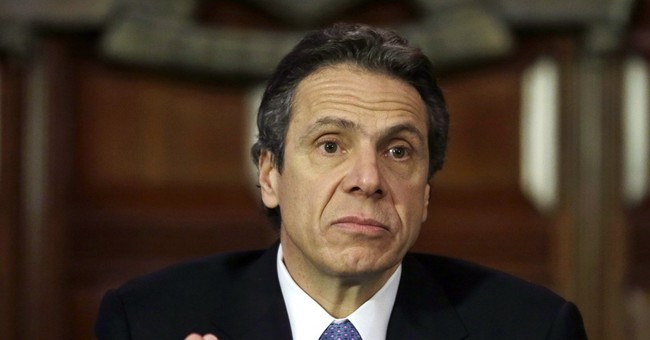 According to NY Daily News:

Twin $50,000 donations were made to Andrew Cuomo’s campaign by two companies that have the same address as Extell Financial Services, which is part of Extell Development Co. — one of five developers to receive hefty tax relief thanks to a bill signed by the governor two days after the contributions.

And not only does that sound a little fishy, but more money was given after the law took effect.

And less than three weeks after the bill became law, Extell President Gary Barnett donated $100,000 to a state Democratic Party account that Cuomo was tapping to finance ads pushing his agenda. Records dating to 1999 show it was the only time he gave to the state party.

You want to talk about corruption in government? Talk to Governor Cuomo. The tax breaks that Mr. Cuomo signed for Extell’s 57th St. luxury apartment building is projected to cost the city $35 million over the next 10 years.

But here’s a funny trick: Extell and the other four companies who benefited from these tax breaks have been subpoenaed by a special commission created by Cuomo to investigate corruption in the state government! WHAT?!

Well isn’t that just rich! A Cuomo aide called it “beyond reckless” to suggest that Governor Cuomo was influenced by those donations. The timing just seems a little questionable though. And the fact that money was given both before and after the bill was signed into law…well it’s just a little too fishy. Plus, the fact that this commission is now investigating the corruption just seems like the perfect way to cover up any wrong doing.

I guess we will just have to see what the commission finds!