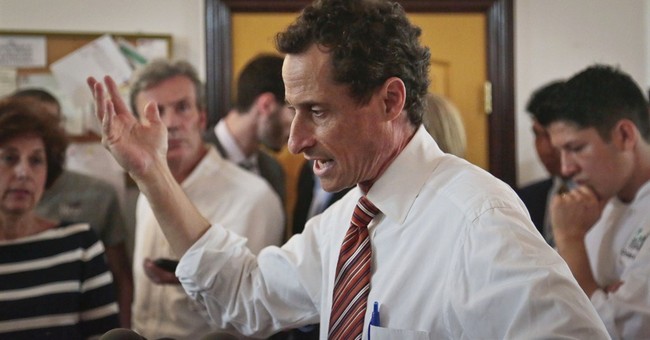 A Weiner campaign spokeswoman would not confirm or deny these reports.

“I am running for mayor of the city of New York, and I plan on winning,” Weiner told The Post in the afternoon — though it was unclear if he knew at the time that his quarter-back was sacking himself in the wake of unabating blow-back from his extra-marital shenanigans last summer with sext kitten Sydney Leathers.

If we couldn’t tell from this past week; and now adding on a loss of chief campaign advisor, a win seems like a pipe dream at this point. With Huma by his side though, who knows, maybe she can use some of her skills from working with Hillary Clinton to help him win over the public. But let’s be honest, if the people in New York have any intelligence, they will kick Weiner to the curb, just like Huma should have done a long time ago.