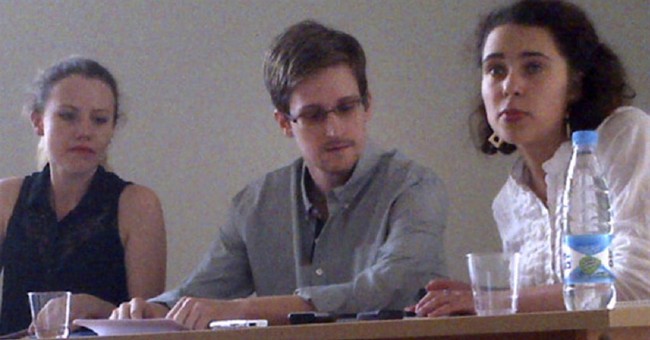 After spending nearly 3 weeks in the Moscow airport, Edward Snowden is finally getting cabin fever and needs to get out! Snowden met today with officials from prominent human rights groups such as Amnesty International, Human Rights Watch, Transparency International and an official with the United Nations High Commissioner for Refugees.

Snowden has now officially asked Russia to grant him temporary asylum until he can move to Latin America where some countries have offered him a permanent residence.

"I ask for your assistance in requesting guarantees of safe passage from the relevant nations in securing my travel to Latin America, as well as requesting asylum in Russia until such time as these states accede to law and my legal travel is permitted," Snowden said in a statement issued by WikiLeaks. "I will be submitting my request to Russia today, and hope it will be accepted favorably."

Snowden has been unable to leave the Moscow airport now for almost 3 weeks because the U.S. revoked his passport after he leaked valuable national security information. He claims he has “been made stateless and hounded for my act of political expression". "The government and intelligence services of the United States of America have attempted to make an example of me, a warning to all others who might speak out as I have," he said.

The 30-year-old former defense contractor now must try and find a way out of the airport in order to move on. But it looks like the U.S. is not willing to let him get off that easily.

The Obama administration has been exerting intense pressure on Latin American countries to refuse Snowden asylum, The New York Times reported Friday, with State Department officials and diplomats across the region warning of lasting consequences to U.S. relations if countries accept him. Nevertheless, Venezuela, Bolivia, Nicaragua, and Ecuador have all offered him asylum.

Well Snowden, good luck with that!