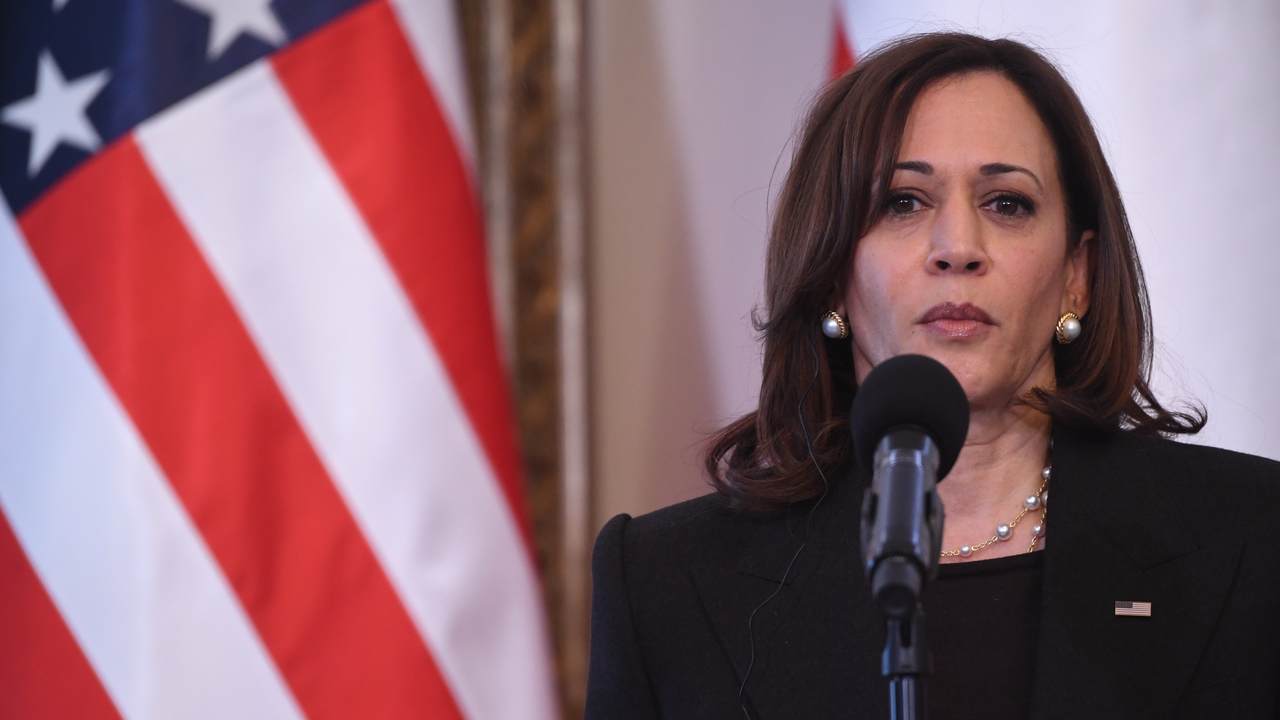 As Spencer noted yesterday, yet another aide has left Vice President Kamala Harris' office, the latest in a conga line of departures. This time, it's a top national security adviser who's exited stage left; the move comes days after Harris returned from a high-pressure European trip that once again generated negative coverage and embarrassing sound bytes. On my radio show yesterday, Fox News host and former White House Press Secretary Dana Perino suggested that the constantly-spinning revolving door is a reflection on the boss:

DP: I've lost track of the resets of her office.  I mean, we're 14 months into this administration, and I think there's been four resets in her office?

GB: I think it's a permanent reset.

DP: It's a real shame, actually. I'm laughing about it, but it's not funny. I wanted her to be really good. You know, I wanted the first woman vice president to be tough and strong. Maybe 'tough' is the wrong word, but it just feels like she’s floundering...I guess you could hope that this new arrangement is helpful for her, but it is pretty interesting that right off the heels of her trip, where she doesn't get good press, once again there's a change in the Vice President's office.  You have to wonder if it's the staff, or -- not.

GB: No, it's not. It's her  The arrangement, to use your word, is not the problem.  They problem is the principal, not the arrangement around her.

Dozens of sources have told reporters in recent months that Harris runs a dysfunctional and toxic shop, and that staffers are frustrated by her repeated lack of preparation. And this messy drama isn't a new phenomenon in Harris-led political offices. Here's Politico last year:

In interviews, 22 current and former vice presidential aides, administration officials and associates of Harris and Biden described a tense and at times dour office atmosphere. Aides and allies said Flournoy, in an apparent effort to protect Harris, has instead created an insular environment where ideas are ignored or met with harsh dismissals and decisions are dragged out. Often, they said, she refuses to take responsibility for delicate issues and blames staffers for the negative results that ensue...While much of the ire is aimed at Harris’ chief, two administration officials said the VP herself also bears responsibility for the way her office is run. “It all starts at the top,” said one of the administration officials, who like others requested anonymity to be able to speak candidly about a sensitive matter. “People are thrown under the bus from the very top, there are short fuses and it’s an abusive environment,” said another person with direct knowledge of how Harris’ office is run. “It’s not a healthy environment and people often feel mistreated. It’s not a place where people feel supported but a place where people feel treated like s---.”

Staffers who worked for Harris before she was vice president said one consistent problem was that Harris would refuse to wade into briefing materials prepared by staff members, then berate employees when she appeared unprepared. “It’s clear that you’re not working with somebody who is willing to do the prep and the work,” one former staffer said. “With Kamala you have to put up with a constant amount of soul-destroying criticism and also her own lack of confidence. So you’re constantly sort of propping up a bully and it’s not really clear why.” ... Critics scattered over two decades point to an inconsistent and at times degrading principal who burns through seasoned staff members who have succeeded in other demanding, high-profile positions. People used to putting aside missteps, sacrificing sleep and enduring the occasional tirade from an irate boss say doing so under Harris can be particularly difficult.

And there's a new story within this genre out just today:

The upcoming book “This Will Not Pass: Trump, Biden, and the Battle for America’s Future” ($29.99), by NYT’s Jonathan Martin and Alex Burns, reveals some frustrations at the highest echelons of the White House between the Biden and Harris camps...Harris allies complained throughout the first year of the administration that she was handed an impossible portfolio. According to the book, KATE BEDINGFIELD, Biden’s comms director, not only grew tired of the criticism that the White House was mismanaging Harris — she blamed the VP. “In private, Bedingfield had taken to noting that the vice presidency was not the first time in Harris’s political career that she had fallen short of sky-high expectations: Her Senate office had been messy and her presidential campaign had been a fiasco. Perhaps, she suggested, the problem was not the vice president’s staff,” Martin and Burns write.

Perino's response: "I mean, good nice nurse, this is just bad." If Harris were asked if she plans on changing any element of her own performance, one wonders if she might reply: "It is time for us to do what we have been doing. And that time is every day."