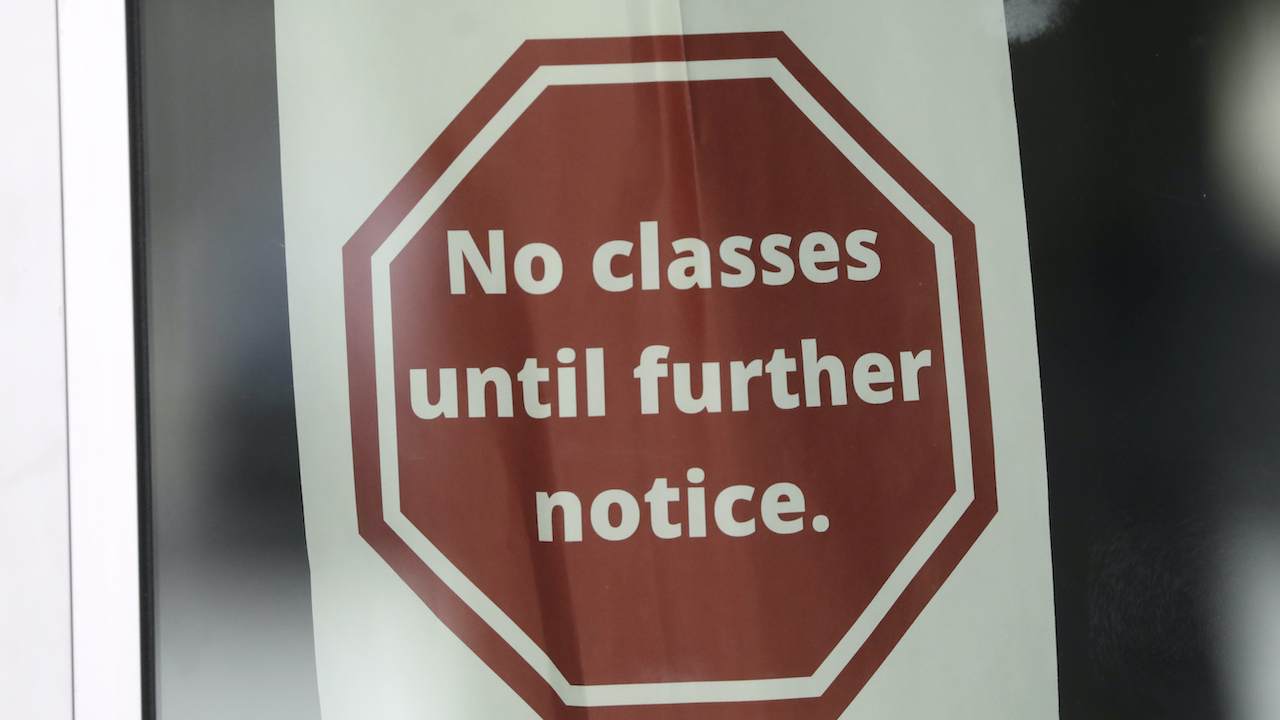 As soon as I saw the good news that Pfizer's COVID vaccine appeared safe and 100 effective in adolescents aged 12-15 in clinical trials, my initial thought was elation. More people protected from the virus, even low-risk people, is a wonderful development. My second thought was, "How long until teachers' unions start using this new information as a weapon and refuse to fully reopen classrooms until students are vaccinated?"

Some union bosses had already made noises about this, having shifted the goalposts away from insisting that teachers receive priority for vaccines (which actually transpired in many places where schools nevertheless remain at least partially closed). I'm still concerned that this may evolve into the next prominent delay tactic. I've occasionally wondered if I've been too cynical on this whole front – surely this selfish, anti-science gambit will expire by next fall, no? It's increasingly looking like my cynicism is well-founded:

“Becky Pringle, president of the National Education Association, said she anticipates schools will open this fall but not necessarily with full classrooms. She wants more research first.” https://t.co/39u8gvU9W3

"More research." The data has been absolutely clear for many months, as millions of students have safely attended in-person classes since last fall. Yet here's a top union leader wondering if next fall will truly be "safe." Farcical. Recall that another major union is openly questioning CDC science on social distancing, an outrageous move designed to cling on to a previously debunked excuse to keep kids trapped in failing remote learning settings. Here's a related news item from late March:

Given all the evidence about the damage that remote learning is doing to children, waiting until June, let alone September, has become untenable to many parents. And the unions’ opposition to seating students only 3 feet apart, those parents fear, is evidence that the increasingly bitter fight over reopening schools is not yet over... Districts slow to reopen have been concentrated in the Northeast and along the Pacific coast, with California proving a particularly intractable problem. “I’m really worried that we have to continue this fight,” says Jonathan Zacherson, a Sacramento-area parent who heads a group called Reopen California Schools. “That's a real concern amongst parents.” Some district leaders have also been hedging their bets, reluctant to make promises after a year of bitter recriminations. Speaking to the city’s board of educators earlier this month, San Francisco school superintendent Vincent Matthews declined to explicitly endorse a full reopening of San Francisco’s schools next fall.

California teachers are ready to go back to the classroom. But the state’s largest union has a new ask: free child care for their own kids. The demand is salt in the wound for parents who struggled with distance learning at home amid intense reopening negotiations that have dragged on for a year...The union is calling on Los Angeles Unified to allow educators with young children to continue working from home until the district can provide them subsidized child care and a proper child care program for teachers by the fall. Parent groups worry the child care ask could bubble up in other districts, complicating hard-fought reopening plans and limiting how much in-person instruction schools can offer.

Imagine being an essential worker who's had no choice but to show up for work every day for the past year – often in far more dangerous settings than non-spreader schools – and whose kids have been stuck in failing remote learning settings for eight consecutive months because teachers refuse to return to classrooms, even after getting vaccinated. Many of these parents have struggled mightily to make sure their kids were supervised and safe while they were out of the house, on the job. How might those same people react to their kids' teachers brazenly demanding that taxpayers must now fund childcare for their own kids as a prerequisite for educators coming back to do their jobs? It's absolutely infuriating. Get a load of this garbage from a union spokesperson:

“Yes, we know healthcare and essential workers have faced these challenges all year. However, a competition to the bottom is not in any of our best interests,” Maya Daniels, a Los Angeles Unified teacher, states in an online petition calling on the school board to offer support to educator parents. “We do not want anything we don't believe everyone is entitled to: employer support for children and families.” Daniels said LAUSD’s reopening plan asks teachers to choose between “our children or our job.” Unions across California say the need for educator child care was a problem before the pandemic...

Countless Americans have been forced into tough decisions throughout the pandemic. For these teachers to frame their bogus dilemma, following months of extraordinary accommodations, as an unfair choice between "their children and their jobs" is outright insulting. And admittedly shoving demands related to pre-pandemic problems into reopening ultimatums is downright scandalous. Any educator who rejects science and embraces the suffering of their students – abuse, in other words – doesn't deserve to keep his or her job. I'll leave you with this, from the other side of the country:

A reminder: Fairfax schools demanded their teachers be vaccinated first. Before people with cancer. Before first responders. Before your delivery person. They’re all vaccinated. And schools are still mostly closed.

Oh, and here's a senior teachers union boss posting about jet-setting around the country for in-person meetings, which are apparently safer (despite the science) and more essential than children learning in classrooms. So Randi, Zoom couldn't cut it for these activities?  Why, pray tell?  An amazing self-own:

On the way from Portland to Bend, OR to see our newest health care unit...the St Charles Techs with ?@OFNHP? ... pic.twitter.com/b5m4iYx6pW

And what a charmer she is!