Awesome: The News on COVID Vaccines Keeps Getting Better 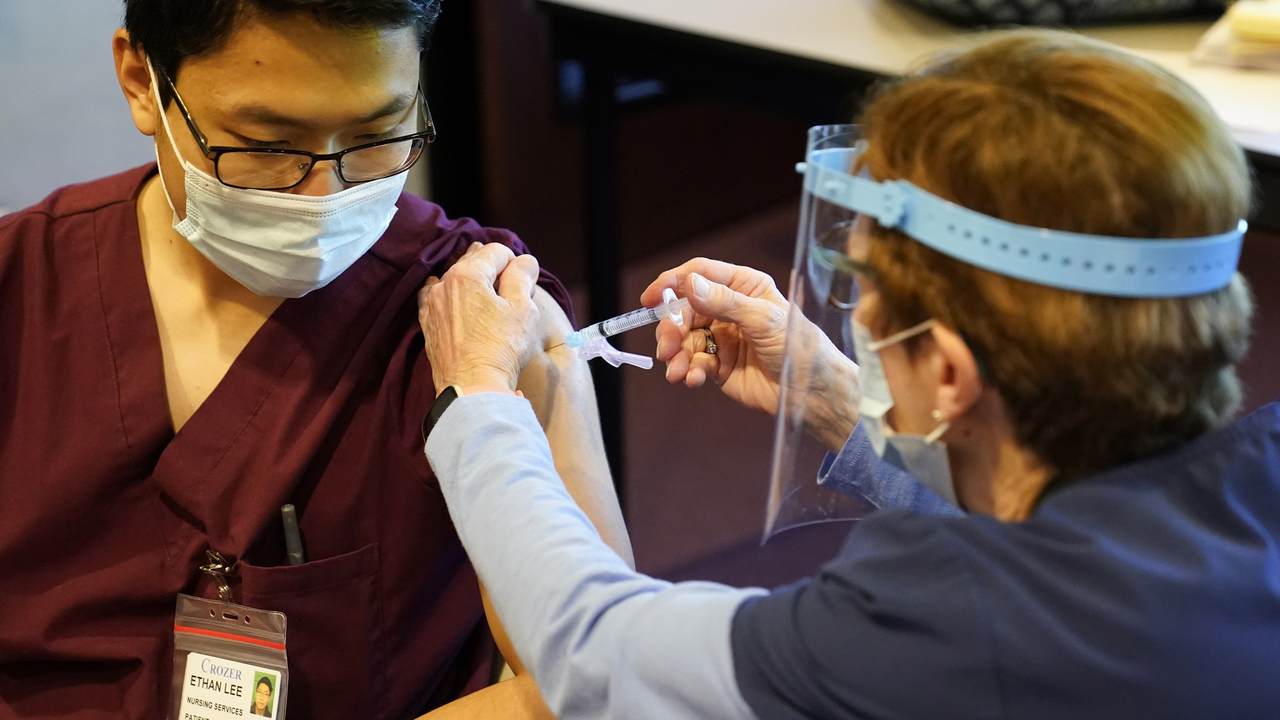 This has become something of a recurring series from me, in part because it's enjoyable to relay positive news about a pandemic that has been so frustrating and depressing for so long – and in part, because it's important to push back against vaccine skeptics and those who seem to be weirdly invested in our lives not getting back to normal. In short, the vaccines are (a) proving exceptionally effective, (b) defying some of the doubts, and (c) truly represent the ticket to the restoration of regular life.

Israel leads the world in vaccine progress, and it's not even close. Their data, therefore, represents a treasure trove of exceptionally valuable information about how the vaccines are working in practice, among millions of people. And their data continues to be amazingly heartening:

We already knew that the Pfizer and Moderna vaccines were virtually universally effective at preventing serious illness and death. These stats also show that Pfizer doses also overwhelmingly prevent any COVID symptoms from developing. But one of the arguments we've heard from people who want to continue to insist that masking, distancing, and other restrictions must remain in place for people even after they're fully inoculated is that vaccinated people might be immune from symptoms themselves, but they could still be vectors for infection, and could therefore pass the virus on to non-vaccinated people. The data above shows that the Pfizer vaccine is nearly 96 percent effective against infection, meaning that immunized people are not a threat to anyone else. They can just resume their normal lives. That's huge. And because the Pfizer and Moderna vaccines are so similar, it's highly likely that this great news applies to all vaccinated Americans:

Health experts have said that data so far has shown that Covid-19 vaccines prevent symptoms of the virus -- but a new study suggests that the Moderna and Pfizer/BioNTech vaccines may also prevent infections.  A team at the Mayo Clinic health system looked at more than 31,000 people across four states who had received at least one dose of either vaccine -- and found the vaccines were upward of 80% effective in preventing infection 36 days after the first dose. Vaccine efficacy was 75% 15 days after the first dose, and it appeared to be 83% after a total of 36 days passed. But that number rose to nearly 89% when researchers examined only people who received two doses, according to the study, which has not yet been peer-reviewed.

Add these trials to the massive real-life "trial" in Israel, and the verdict is overwhelming. What about the scary new strains of the virus? There's happy news to report on that front, too:

The vaccine developed by Pfizer appears to be effective against the more transmissible variants of the coronavirus, including the one first discovered in South Africa, according to a new report in the New England Journal of Medicine..."There is no clinical evidence to date that the South African variant virus escapes" vaccine protection from COVID-19, Pfizer said. Nevertheless, the company said it is "taking the necessary steps, making the right investments, and engaging in the appropriate conversations with regulators" to develop and seek authorization for an updated vaccine or a booster shot if a variant emerges to which its vaccine proves ineffective. In a separate study of Moderna's COVID-19 vaccine in the journal, researchers found that the vaccine was effective against neutralizing the variant found in the U.K. but showed a significant decrease in antibodies against the South African strain by a factor of 6.4 compared to levels produced against earlier versions of the virus. Based on the results, researchers concluded that protection against the strain by the Moderna vaccine "remains to be determined." However, a team at the National Institutes of Health and Moderna published a letter last month stating that, despite the reduction, neutralizing antibodies "remain above levels that are expected to be protective."

Furthermore, there's a growing body of evidence that just a single vaccine dose confers much more immunity than initially believed – and that the Pfizer and Moderna vaccine can be stored at more manageable temperatures and still remain effective: "Efforts to vaccinate the world’s population against Covid-19 got a boost Friday after research showed that some vaccines provide strong, one-dose protection, and that one of the vaccines can now be stored in normal freezers instead of ultra-cold ones," the Wall Street Journal reports. "One dose of Pfizer’s vaccine was shown to be 85% effective in preventing symptomatic disease 15 to 28 days after being given, according to a peer-reviewed observational study of about 9,000 people conducted by the Israeli government-owned Sheba Medical Center." Initial trials suggested that "one dose only" would be just over 50 percent effective. The new data shows that the true number could be 85 percent, which is very robust. Another potential game-changer.

Given everything that we've learned, the appropriate message is not "we should get vaccinated, then figure out what comes next," or "maybe things won't be back to normal by next year." It's, the vaccines are an amazing cure, and when we achieve herd immunity in the near future, we can live our lives like the pandemic is behind us because it is." That reality will encourage vaccination and instill great hope – not false hope, but real, scientifically-supported truth – that the nightmare is ending. I'll leave you with some insane nonsense from an "equity" fetishist in a position of great authority:

Racial justice must be our number one priority as we distribute the COVID-19 vaccine. Join me live with @SenWarren, @RepPressley, @NikaElugardo, @macurry01, and Rev. Culpepper as we discuss the need for greater equity and accessibility in vaccinations. https://t.co/2phfS58LUa

No, "racial justice" must not be our "number one priority" in distributing vaccines. Protecting the elderly of all races and people with co-morbidities must be. Beyond these factors and some other non-racial considerations, get the jabs into as many arms as humanly possible. Obsessing over left-wing misconceptions of "justice" is dangerous and costs lives. We should follow actual science and basic common sense, while affirmatively rejecting the creepy, harmful advice offered by the High Priests of woke identity politics.  Meanwhile, this sort of thing is extremely unhelpful and misleading:

The “vaccination makes no difference” crowd is probably the biggest menace we have to public health right now. https://t.co/4zlnqqFTsN