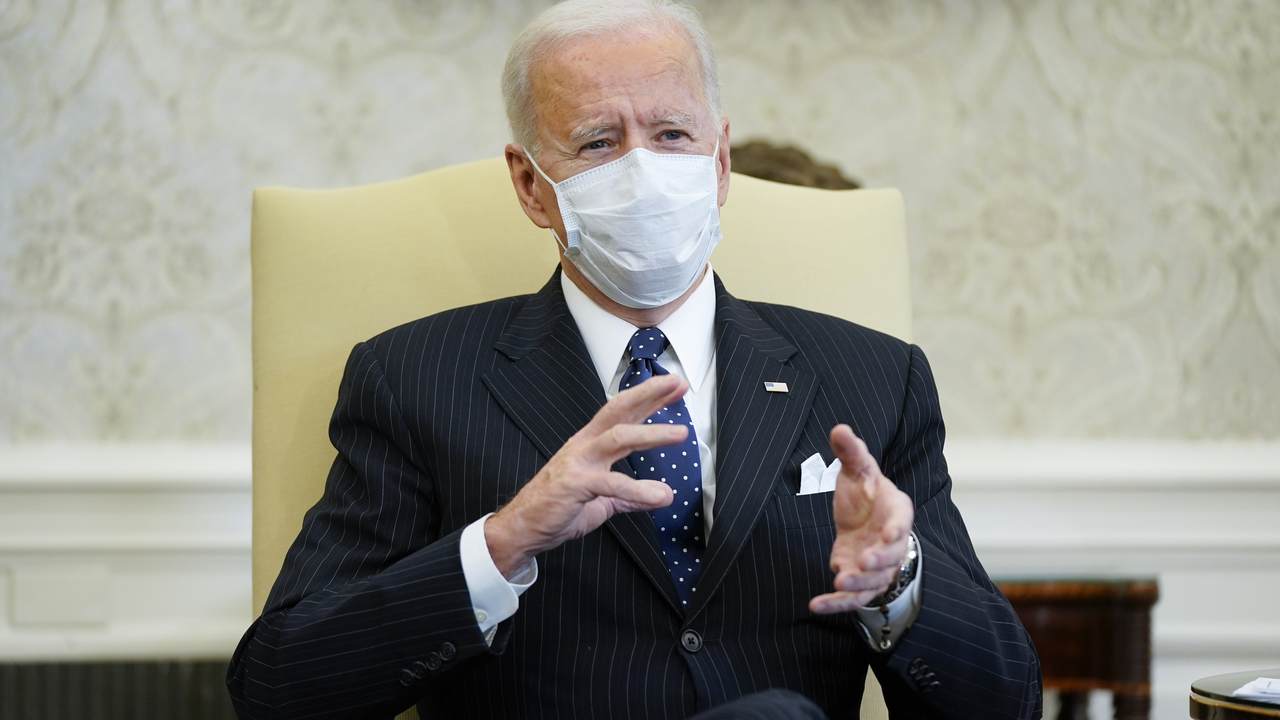 A good catch, which we'll highlight below.  One component of the Biden administration's massive $1.9 trillion so-called COVID relief package is nearly $130 billion in allocations for schools.  The lefty talking point is that our schools lack the "resources" to reopen safely, a talking point that has unfortunately been picked up by Dr. Anthony Fauci, to some extent.  This claim is highly dubious, given the reality that millions of kids have been safely attending open schools for the entire 2020-2021 school year, both in private and public institutions.  They're making it work quite well without any enormous windfall of "emergency" cash.  It must also be pointed out that tens of billions of dollars already allocated for school re-opening still have not been spent:

President Biden has proposed $130 billion in new federal funding to help the nation’s schools reopen as part of a $1.9 trillion stimulus package. Congressional leaders have committed to quickly consider the administration’s proposal. But will billions of additional federal funds actually help public schools reopen? State departments of education currently already have between $53 and $63 billion in unspent federal funds from March and December emergency funding packages, according to U.S. Department of Education data.

You would think, based on the rhetoric flying around, that states and districts had blown through all of the money from previous relief legislation, and the missing ingredient to schools opening from coast to coast is more cash.  Not so.  Huge sums are just sitting there.  But unspent money has never been an obstacle to authorizing even more funding, regardless of need, in the eyes of many politicians.  But if this really is an emergency -- and if the dollars are supposedly crucial to getting closed schools to finally open their classrooms for desperately-needed in-person learning -- then why is the large majority of the new proposed appropriations earmarked to be spent starting in 2023?

The budget authority is all 2021, the outlays as indicated. It's from the official CBO score. Page 12.https://t.co/qZRjyIKYzv pic.twitter.com/TEvQWmEUOW

If people want to make the case that schools need more money for various projects, fine.  Make that case.  But don't dress it up as necessitated by the pandemic if you're backloading the spending for out-years in which this awful mess will likely be behind us.  And certainly do not pretend that it is directly related to the ability to open schools safely now, as if it's a ransom demand.  That just isn't true.  A lot of people beyond outspoken conservatives are starting to get upset over the games being played to politicize science in order to slow roll the urgent priority of reopening classrooms.  The examples are piling up:

I've generally been supportive of teachers' unions, but if this anti-science BS continues, that support will vanish. I suspect there are lots of parents out there like me. Next local election cycle could be very friendly to anti-teachers' union candidates.https://t.co/SqzETcMrQx

“I work hard not to sound hyperbolic in my writing but we have officially reached a point of politicization at the Center for Disease Control (CDC) that will do irreparable damage to children.” https://t.co/ubJ0OrBMKN

“I’m hearing from progressive parents all the time who are so infuriated about the Democratic apathy around school reopening...that they’re considering supporting the recall effort, maybe even switching parties.” https://t.co/D7rVzdqc88

If the unions, special interests, and Democrats continue along this cynical path, they're going to alienate and enrage a lot of people who are not typical card-carrying GOP voters.  I'll leave you with some on-the-nose media framing of this issue, putting a new spin on the "Republicans pounce" trope:

The true weaponization is that of bogus science against the clear best interests of children, but leave it to journalists to make this about those scheming Republicans, who currently control nothing in DC.