Analysis: How Rob Portman's Retirement Complicates GOP Efforts to Win Back the Senate 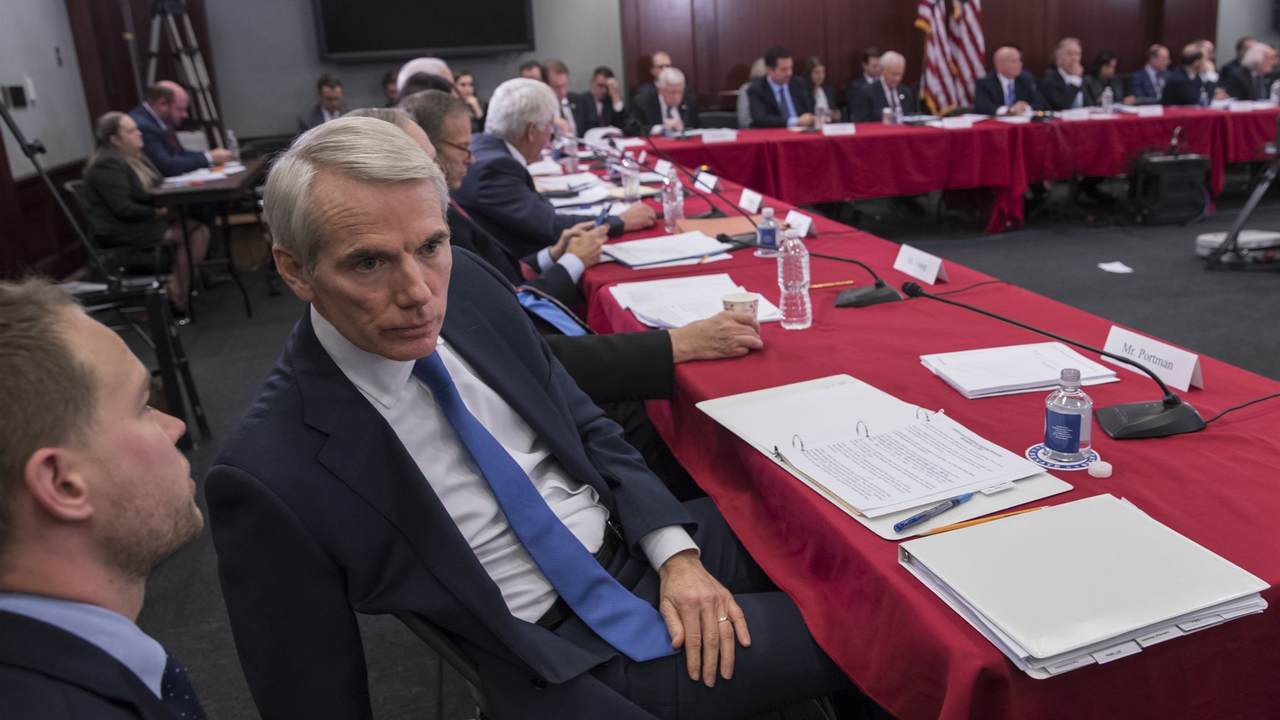 Ohio Republican Senator Rob Portman announced yesterday that he will not seek re-election in 2022, citing partisan gridlock and poisonous politics as driving factors behind his decision.  Portman was heavily favored to win another term if he'd sought one, having cruised to a 21-point blowout victory over a former Democratic governor in his last race.  Ohio has become a redder state in recent years, with Republicans dominating the statewide offices and the legislature in Columbus.  President Trump carried the Buckeye State twice, winning it each time by a comfortable eight-point margin.  As a result, Portman's soon-to-be open seat will lean decidedly toward the GOP in 2022 -- though nothing is guaranteed, especially in light of what happened in Georgia earlier this month.  If the Republican Party tears itself apart, as it's doing in some places, Democrats may have an opening.  If nothing else, having a virtually-guaranteed seat placed into at least some jeopardy due to Portman's departure makes national Republicans' task just that much trickier in the next cycle.  Every seat is critical with the upper chamber deadlocked in a 50-50 tie.  New NRSC chairman Sen. Rick Scott of Florida issued the following statement about Portman's call:

Rob is an invaluable member of the Senate Republican conference, and he will be greatly missed by his colleagues on both sides of the aisle. We are all grateful for his decades of service to our nation. ...The 2022 election in Ohio starts today and Republicans will hold that seat. The NRSC will fight tirelessly in Ohio to ensure Senator Portman’s successor supports a pro-growth, pro-family, pro-Ohio agenda – not the Radical Left’s agenda of higher taxes, bigger government, open borders and a weakened America.”

"My friend Sen. Portman’s announced retirement in two years will be a big loss for the entire Senate. For a decade, our colleague from Ohio has been one of the most expert, most effective Senators on either side of the aisle. His mastery of policy, experience across branches of government, friendly disposition, and relentless focus on results have made him a powerful force for good and a champion for Ohioans under presidential administrations of both parties. Both the Republican conference and the institution as a whole will be worse off when Rob departs. Fortunately, in the meantime, we have two more years to continue drawing on his knowledge, his principles, and his dedication as we keep fighting for American families.”

If McConnell wants to regain the title of majority leader, Republicans need to hold Portman's seat, preferably without breaking too much of a sweat or spending huge resources on the race. I'd put the GOP-held seats in Florida (Rubio) and Iowa (Grassley) in a similar bucket, with a few others that could possibly end up on the board if the cycle goes badly for Republicans. The toughest seats for the GOP to defend next cycle are in North Carolina (Burr retiring), Pennsylvania (Toomey retiring) and Wisconsin (Johnson).  Democrats will aggressively target all three.  North Carolina is pale red, with Republicans barely eking out victories in the presidential and Senate races this past November.  The Keystone and Badger states both went blue last fall, so Toomey's decision to stand aside was a real blow to Senate Republicans. Johnson will again find himself in the fight of his life.

On the other side of the aisle, Democrats will be defending some turf that could pose challenges, too.  At the top of the list are Georgia (Warnock), Arizona (Kelly) and New Hampshire (Hassan).  Those first two seats were won by Democrats in special elections held in traditionally red states.  Senators Warnock and Kelly will therefore each be up for a full term in the fall of '22, and Republicans could be well-positioned to beat them.  However, Georgia and Arizona are absolute basket cases for the GOP right now, with a circular firing squad underway in both states. Out in the desert, the state Republican Party -- which has now lost both Senate seats and the presidential election in the past two cycles -- is busy censuring alleged apostates within their own ranks...including the sitting GOP governor, who was long considered a very strong potential challenger to Sen. Kelly.  Gov. Doug Ducey has now announced he's not running for Senate, despite being term-limited in his current job.  Trump-rooted Republican fratricide is a massive advantage to Democrats' chances in these races.

New Hampshire, meanwhile, offers a golden opportunity for the party if popular three-term Governor Chris Sununu takes on unaccomplished Democratic Sen. Maggie Hassan, who barely won her 2016 race.  There are indications that Sununu is strongly considering running for this seat.  And if Republicans can recruit strong candidates in Nevada (former Gov. Brian Sandoval?) and Colorado (former Sen. Cory Gardner?), those races might become competitive, too.  Bottom line: If the Republican Party were not engulfed by angry internal recriminations right now, especially in some very important states, there might be a case to be made that the GOP has a real shot to win the majority next year.  But the current party's dysfunction means that the map is a toss-up, at best.  Democratic overreach as they control 'the trifecta' over these next two years is one major factor that could potentially tilt things in Republicans' direction.  I'll leave you with this analysis of the 2022 Senate landscape from Josh Kraushaar:

New column: The biggest unknown for the 2022 landscape: Will mainstream Republicans win nominations in key races, or will Trumpians prevail? A look at the 5 biggest races... https://t.co/3mLw5mro6z