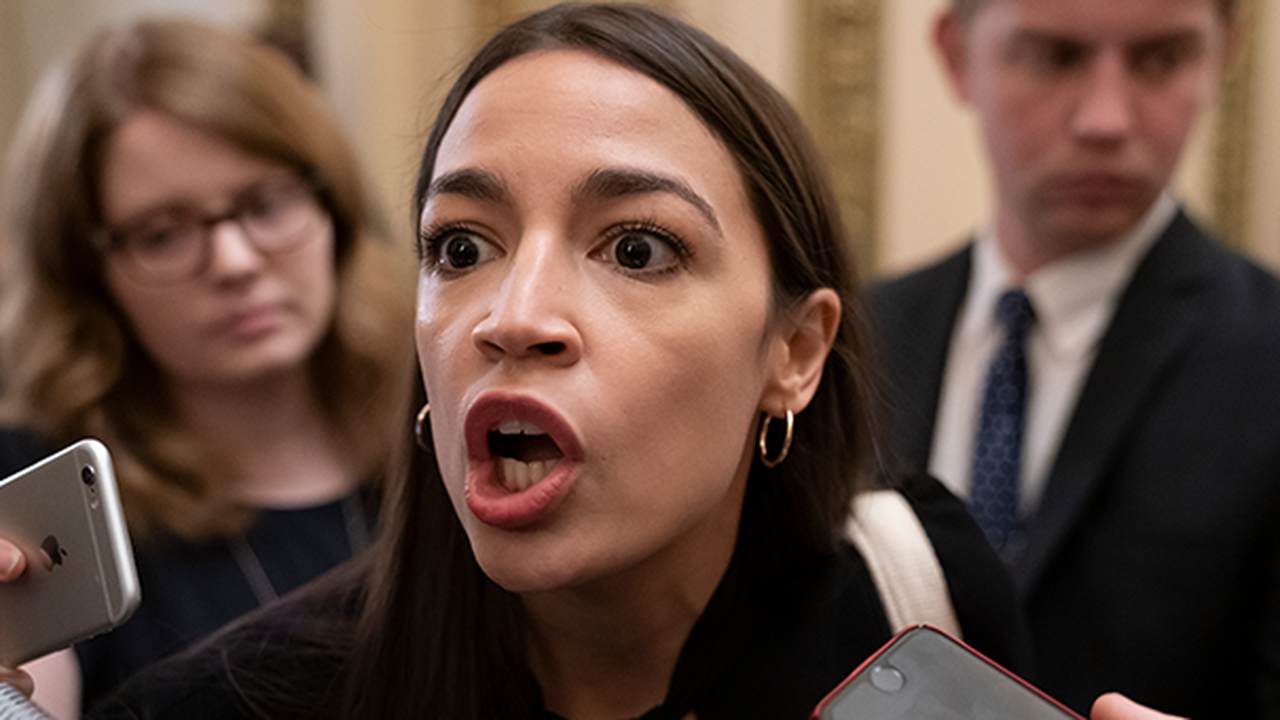 We wrote about the recent spat between former President Barack Obama and members of the Squad, over the issue of defunding the police. Obama said in an interview that the "snappy" left-wing slogan was alienating to many voters and therefore counterproductive. Squad members fired back, calling "defund the police" a "mandate" and a "policy demand." Rep. Alexandria Ocasio-Cortez, the Squad's ringmaster, is a strong supporter of deep slashes to funding for law enforcement. Earlier this year, she criticized New York City Mayor Bill de Blasio's $1 billion proposed cut to NYPD's budget, calling the move insufficient:

Rep. Alexandria Ocasio-Cortez (D-N.Y.) said New York City’s proposed $1 billion cut from the police department budget tiptoes around demands from activists who are asking for a reduced police presence. Though the plan proposed by New York City Mayor Bill de Blasio (D) cuts one-sixth of the New York Police Department (NYPD) budget, activists note that much of it would be transferred to other city departments, including the Department of Education, where it could pay for police in schools. Activists have advocated for removing officers from schools altogether. “Defunding police means defunding police,” the congresswoman said in a statement. “It does not mean budget tricks or funny math. It does not mean moving school police officers from the NYPD budget to the Department of Education’s budget so the exact same police remain in schools.”

Defunding the police is a wildly unpopular idea, as is "redirecting" police funds to other areas of government. A poll of Black Americans showed that an overwhelming majority wanted the police presence in their own neighborhoods to remain stable or increase. But AOC knows better, asserting that defunding the police must really mean defunding the police. Law enforcement has been demonized, demoralized and undermined under de Blasio's tenure, including the one-sixth budget cut mentioned above (hardcore leftists almost never support reductions in the rate of spending increases on programs, let alone actual budget reductions; law enforcement appears to be an exception). How's that working out?

New York Police Department detectives will target gang leaders in a fresh campaign against gun violence as New York City grapples with a rise in shootings that is more intense than any seen in the previous 20 years, police officials said. Gun violence in New York has surged in 2020 to heights unseen in a decade, according to NYPD data. The city has recorded 1,412 shooting incidents in the first 11 months of 2020, a nearly 96% rise from 721 in the same period last year. The number of shooting victims in the city was 1,730 in the first 11 months of this year, more than double the same year-ago period. Police officials believe that roughly half of this year’s shootings were linked to gang activity. Many of the conflicts that led to those shootings were fueled by personal disputes or clashes over the illegal drug trade or control of gang turf, the officials said...[police are seeking to curb] the city’s deadly increase in shootings that for months has been described as an escalating crisis by members of law enforcement, elected officials, residents and community leaders... Residents said the pronounced increase in shootings has left hard-hit neighborhoods in a state of fear.

The city's mayor has proposed stripping NYPD of one-sixth of its budget, while one of the city's members of Congress says that doesn't go far enough. Does it sound like New York City police need fewer resources and less support right now? In Minneapolis -- where the city council initially voted to dismantle the police department, and elected Democrats have approved millions in law enforcement budget cuts -- violent crime has spiked. It's gotten so bad that while politicians are busy reducing police funds, the city has been forced to contract outside officers to help combat the spiraling crime spree, amid an officer shortage (via the Minneapolis Star Tribune last month):

Minneapolis officials plan to bring in outside law enforcement officers to help amid a shortage — but the new teams might not form in the way initially expected. A divided City Council on Friday approved nearly $500,000 to contract with the Hennepin County Sheriff’s Office and Metro Transit police for extra officers. Together, they would work on joint enforcement teams responding to 911 calls or targeting hot spots for violence around the city...It’s been a tumultuous year for the Minneapolis Police Department, with some people pushing to abolish it after George Floyd’s death and others asking for more officers amid a wave of violent crime and a staffing shortage. About 500 people have been wounded by gunfire this year, and more than 70 have been killed.

With that as a backdrop, I'll leave you with Minneapolis' own Rep. Ilhan Omar reiterating her "policy demand" that the police be defunded -- replete with an Orwellian "progress and safety" flourish:

We lose people in the hands of police. It’s not a slogan but a policy demand. And centering the demand for equitable investments and budgets for communities across the country gets us progress and safety. https://t.co/Vu6inw4ms7

When leftists tell you they want to defund the police, believe them.