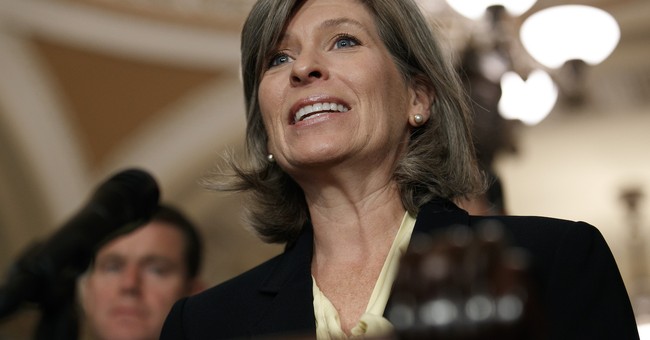 Over the course of my various analyses of the 2020 Senate landscape, I've come to the conclusion that amid all the important races -- and there are arguably 15 on the map -- control of the upper chamber could hinge on the outcomes in two states: North Carolina and Iowa.  The battle in the Tar Heel State appears to slightly favor the Democrats, with Joe Biden ahead by a fraction of a point in the polling average, and Sen. Thom Tillis' Democratic challenger leading by a slim but healthier margin.  It's worth noting that then-candidate Donald Trump out-performed the North Carolina polling average by nearly three points in 2016, and the state's Republican Senator up for re-election that year over-performed by an even wider margin.  Furthermore, when Tillis defeated an incumbent Democrat six years ago, seven of the final eight surveys pointed to Democrats holding that seat.  Tillis over-performed the polling by roughly three percentage points and won.  If this recent pattern of the GOP running stronger statewide than polls predict, Trump and Tillis could both win.

There are reasons to believe that this cycle will be different than previous ones for various reasons, so I think Republicans have every reason to be anxious about North Carolina.  But the state party has shown itself to be highly technically competent when it comes to the X's and O's of winning elections, which could make a significant difference in a tight race.  Tar Heel Republicans have been gaining on Democrats in early vote ballot submissions.  One note of caution about reading too deeply into the partisan breakdown of early/mail-in/absentee voting: Reading tea leaves based on this data is always risky, and I'd argue that's especially true in this very unusual year and voting environment.  Also, focusing on R's vs. D's runs the risk of ignoring the crucial role of independents, a group that went for Trump four years ago, but are headed toward Biden nationally this year, according to polling.  If North Carolina is shaping up well for Republicans on election night, that could be a relatively good omen that a Biden wave isn't building.  But if Trump and Tillis lose, especially in relatively early calls, that could augur a long and painful night for the GOP.

In Iowa, some smart analysts recently tipped Sen. Joni Ernst's race in team blue's favor, but the Republican incumbent appears to be closing strong.  She's led in four of the last five polls, including in a closely-watched survey that's considered the gold standard in the Hawkeye State:

What's more, Trump's margin in the same poll is even wider:

Trump leads the final Selzer poll of Iowa by 7 points, 48 to 41.
That's the same margin as their final poll four years ago, which wound up foreshadowing Trump's Midwestern sweephttps://t.co/bIOVhFRaQh

Cohn notes that the final 2016 DMR poll gave Trump a seven-point lead.  He carried the state by more than nine points.  The same pollster got its 2018 gubernatorial call wrong in Iowa, predicting a two-point victory by Gov. Kim Reynolds' Democratic challenger.  Reynolds won by three points.  In Ernst's first race (2014), DMR projected a seven-point win for her.  She prevailed by eight-and-a-half points.  If -- and again it's definitely an 'if' -- the GOP over-performance pattern holds, Trump and Ernst should be in pretty good shape on Tuesday.  Here is the Ernst campaign's closing message:

I'd also note that Iowa and Ohio have voted in lockstep over the past four presidential elections.  If Iowa goes red this year, especially by a somewhat healthy margin, it's a decently safe bet that Ohio will fall the same way (Biden has a fractional lead in Buckeyeland).  If either of these states goes blue, it'll be a Biden romp.  I'll leave you with Florida being Florida:

One wonders if this "Comrade" clip will help stop the bleeding Miami Democrats are concerned about.