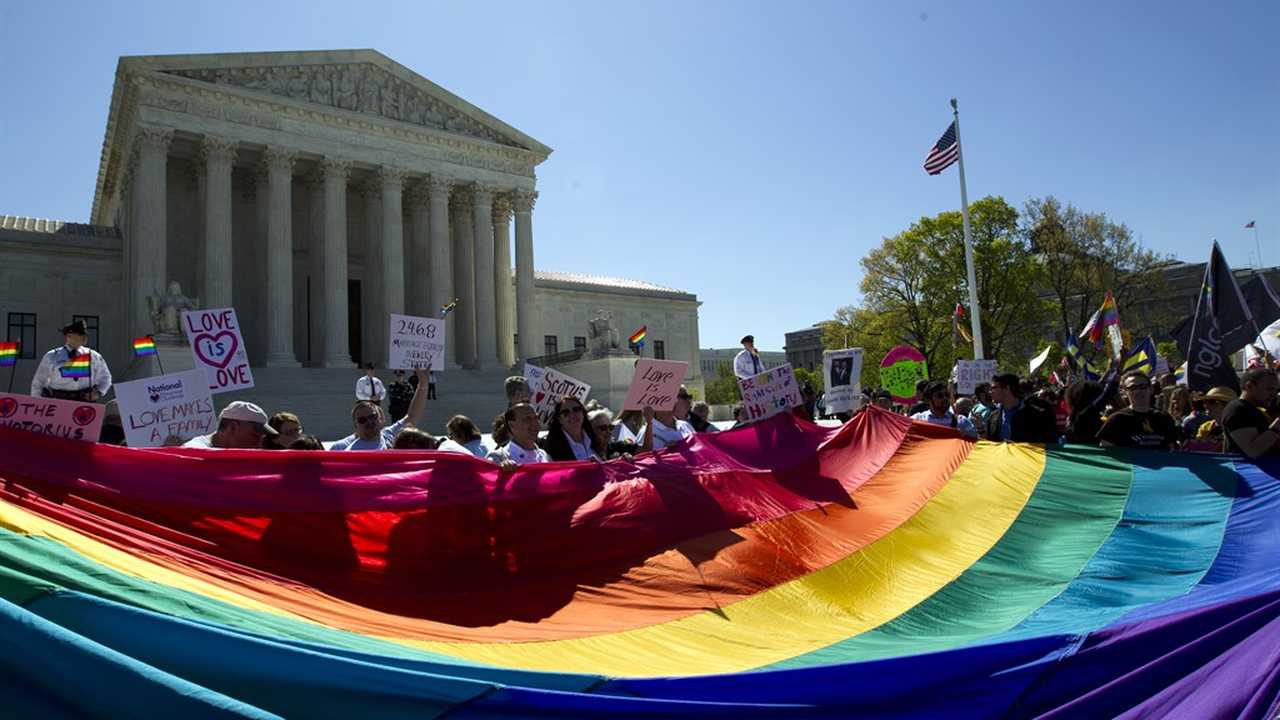 After digesting the stunning news of Justice Ruth Bader Ginsburg's death, I wrote an analysis piece arguing in favor of President Trump nominating her replacement, and the Republican-held Senate confirming the nominee. The clear frontrunner for the slot was Judge Amy Coney Barrett, a favorite of many conservatives. She is now the nominee. In her Rose Garden remarks on Saturday evening, Barrett stated outright that she shares the judicial philosophy of her mentor, for whom she clerked on the high Court -- the late Justice Antonin Scalia. I reacted on Fox News shortly thereafter:

my reaction to the ACB nomination on @FoxNews pic.twitter.com/FzNoQ6V48a

Some of my online commentary on Barrett's selection was, shall we say, slightly more enthusiastic:

My position has inspired some critics to challenge me over why I favor Barrett's confirmation so strongly, when that outcome could theoretically bring about a future ruling invalidating same-sex marriage, including my own such union. In response, I made my case on Twitter over the weekend:

I think a (hypothetical) challenge to Obergefell would be an extreme long shot, for all sorts of reasons — standing, new equal protection issues for the many thousands of Americans in existing same-sex marriages, precedent & the justices’ prudential judgments...

I’d also note that in this past term, the Court *expanded* LGBTQ rights & protections in Bostock, a 6-3 ruling joined by CJ Roberts and authored by J. Gorsuch (a Trump appointee who happens to be my favorite sitting justice)...

Finally, as usual, I care deeply about multiple issues, most of which lead me to strongly favor a conservative judiciary. /end ??????

A number of constitutional law experts have agreed with my assessment, which was laid out in greater detail by CATO's Walter Olson during the Supreme Court confirmation fight of 2018:

...Gay marriage isn’t going anywhere: The court won’t overturn Justice Kennedy’s 5-4 decision in Obergefell v. Hodges (2015). Don’t believe me? Let’s count eight reasons: 1. Most closely fought landmark decisions don’t get overturned when the losing faction becomes a majority. When they do, there’s usually foreshadowing, in which justices in the minority have conspicuously challenged the ruling’s legitimacy. At least two post-Obergefell decisions have now gone by in which conservative justices have refrained from such challenges: Pavan v. Smith (2017) and Masterpiece Cakeshop v. Colorado Civil Rights Commission (2018).

2. In deciding whether to respect stare decisis and follow a precedent deemed wrongly decided, justices apply standards that can appear wobbly and uncertain. But whatever else is on their minds, they always claim to take seriously the practical dangers of upending a decision on which many people have relied. Few legal strokes would be as disruptive, yet fully avoidable, as trying to unscramble the Obergefell omelet. Large numbers of marriages would be legally nullified in a moment, imperiling everyday rights of inheritance, custody, pensions, tax status and much more. These effects would hit on day one because an earlier generation of social conservatives managed to write bans on same-sex marriage and equivalents into many state constitutions. Those bans would prevent elected officials from finding legal half-measures to avert massive dislocation for innocent persons.

Click through to read Olson's other six points. Buttressing his very first argument is the Court's 2020 Bostock decision, which extended legal protections to LGBTQ Americans, decided by a 6-3 majority. It was written by Justice Gorsuch and joined by Chief Justice Roberts. Even if one wishes to believe that a potential Justice Barrett would be inclined to strike down gay marriage along with Justices Kavanaugh, Alito and Thomas (I'd bet that at least one of these four, if not more, would not), a pro-LGBTQ rights majority of at least five votes would likely still remain intact. I understand why many in the LGBTQ community are not excited over the prospect of taking this gamble. An MSNBC producer who pushed back on my analysis is among them. But I also disagree with his central contention that conservative courts are more than willing to strip Americans of their rights. Indeed, part of the reason I strongly oppose a "progressive" judiciary is that four liberal justices have repeatedly demonstrated their eagerness to uproot or weaken fundamental rights enshrined in the First and Second Amendments.

In short, while a conservative Court will likely hand down rulings that many in the LGBTQ activist community will detest, I am highly skeptical of the argument that all of our basic rights, including marriage, are on the chopping block. I think that's a political scare tactic. Speaking of which, as the Democrats roll out their stale and utterly predictable parade-of-horribles talking points about a Republican president's Supreme Court nominee, some of their breathless predictions are also rather dubious. To many conservatives' chagrin, it may remain fairly unlikely that a 6-3 conservative Court would entirely strike down Roe v. Wade, based on Barrett's own public comments on the subject -- though returning some greater measure of abortion policy decision-making to elected representatives seems more realistic. (Relatedly, here is your periodic reminder that even if the unjust Roe decision were to be tossed out, at least some forms of abortion would almost certainly remain legal in all 50 states). As for Democrats' contention that a right-wing court would throw out healthcare protections for people with pre-existing conditions (Barrett famously has a young son with a major pre-existing condition), that also seems pretty far-fetched:

Yup. The court is extremely unlikely to invalidate Obamacare. The individual mandate is severable from the rest of the statute under standard rules of statutory construction. https://t.co/WNTXRQQM51

Part of the reason I believe Obergefell is not likely to fall is that too many people's lives -- and other related complexities -- are now directly impacted by the new precedent. A more conservative Court would not have upheld Obamacare in 2012, prior to the law's implementation, and a more conservative Court probably would not have established Obergefell's precedent in 2015. But the real-world consequences of those rulings are now intertwined with millions of lives, realities that cautious and conscientious jurists will take under serious consideration as they weigh subsequent rulings. In other words, while I fervently support a more conservative judiciary, I believe that many partisans on both sides overestimate the fallout of a more conservative Supreme Court majority (conversely, a liberal majority would be far more dangerous and disruptive, in my view). Some decisions will be momentous, of course, but I'm not convinced that the sky will fall on all fronts, the way many leftists predict -- and I suspect that conservatives expecting fast, sweeping changes may be in for disappointment, in addition to newly-possibly victories.