Surprise: Disney Thanks China for Allowing Them to Film 'Mulan' in Province Where Uighurs Are Oppressed 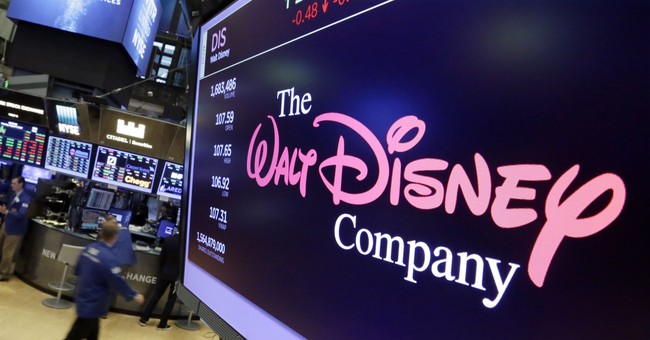 We've excoriated the NBA and Nike for their "woke" hypocrisy vis-a-vis China, but one of the most shameless offenders is Disney. As the live-action remake of "Mulan" was released last week, social media started to light up with criticisms that Disney had filmed part of the movie in Xinjiang, the Chinese province where the communist government is inflicting appalling and extensive human rights abuses against ethnic Muslims. One writer noted that the film's credits specifically thanked the regime:

You know, the place where the cultural genocide is happening.

They filmed extensively in Xinjiang, which the subtitles call “Northwest China”#BoycottMulan pic.twitter.com/mba3oMYDvV

It's even worse than that, according to this Australian news outlet:

In Mulan's credits, Disney offers "China Special Thanks" to the Publicity Department of CPC Xinjiang Uygher Autonomous Region Committee as well as the Publicity Department and Bureau of Public Security for the city of Turpan, which is north-east of Urumqi in Xinjiang. The United States Department of Commerce's Bureau of Industry and Security in October last year added the Turpan Municipality Public Security Bureau to a list of Chinese entities "acting contrary to the foreign policy interests of the United States"..."Specifically, these entities have been implicated in human rights violations and abuses in the implementation of China's campaign of repression, mass arbitrary detention, and high-technology surveillance against Uighurs, Kazakhs, and other members of Muslim minority groups in the XUAR [Xinjiang Uygher Autonomous Region]," the Department of Commerce said in a notification of the listing.

Disney went out of its way to thank entities that are directly complicit in the concentration camps and other horrors against minorities. And this is hardly the first time Disney and other Hollywood entities have kowtowed to the authoritarians of Beijing. Over the summer, Attorney General Bill Barr upbraided American corporations for placing financial interests over American and Western values:

“Corporations such as Google, Microsoft, Yahoo, and Apple have shown themselves all too willing to collaborate with the (Chinese Communist party),” Barr said. He added that Hollywood has routinely caved into pressure and censored their films “to appease the Chinese Communist Party.” The companies and the Chinese Embassy in Washington did not immediately comment. Apple declined comment. “I suspect Walt Disney would be disheartened to see how the company he founded deals with the foreign dictatorships of our day,” Barr said in a speech at the Gerald R. Ford Presidential Museum in Michigan.

Disney's cravenness and greed looks even worse when juxtaposed with its preening and posturing on the domestic front, where the company ostentatiously takes sides in cultural and political battles. As we've highlighted before, the company wants consumers to know that it's "on the right side of history" of certain issues, yet demonstrates few qualms about bending the knee to a Communist dictatorship. For instance:

Disney: It will be very difficult for us to keep filming in Georgia if the state enacts its pro-life heartbeat bill

Also Disney: Thank you, China, for allowing us to film ‘Mulan’ in the province where you’re imprisoning and indoctrinating Muslims in camps

Religious liberty and anti-abortion legislation must not be tolerated here at home, but China's concentration camps and cultural genocide are strategically ignored. At least Disney is consistent in its apparent pro-abortion corporate stance, though it's unclear how forced abortions of unborn Muslim babies stacks up on the "progress" scorecard. I'll also remind you that Disney recently shoveled cash at anti-American former NFL burnout Colin Kaepernick, who called July 4 a "celebration of white supremacy," depicted police as pigs, vetoed a Nike product line featuring the American flag, and denounced American pride. As his sidekick producer, Disney hired a failed ESPN personality who smeared all Trump voters as racists (her own black mother was a Trump voter) and tweeted a suggestion that the United States is comparable to Nazi Germany. Those are the woke investments Disney has made for a domestic audience.

Meanwhile, they happily do the bidding of a Communist regime that is actually racist and manifests actual parallels to the Third Reich. The cynical (but potentially correct) calculation Disney is making is that keeping the social justice crowd quiet on the home front will eliminate a headache without scaring off too many ordinary consumers who don't keep track of such things -- and that both the social justice crowd and ordinary consumers simply don't care very much about egregious human rights violations half a world away. And since this is a Hollywood-centric post, I'll leave you with this anti-art quota system, to be enforced by Orwellian "spot checks" akin to random drug testing:

Starting in 2024, movies will need to meet specific inclusion standards in order to be eligible for the best picture Oscar. https://t.co/aPT1qejKvU

To qualify for best picture, films will need to meet two of four standards. Here's one of them https://t.co/tveoWc4ycR pic.twitter.com/mM20hoFrck