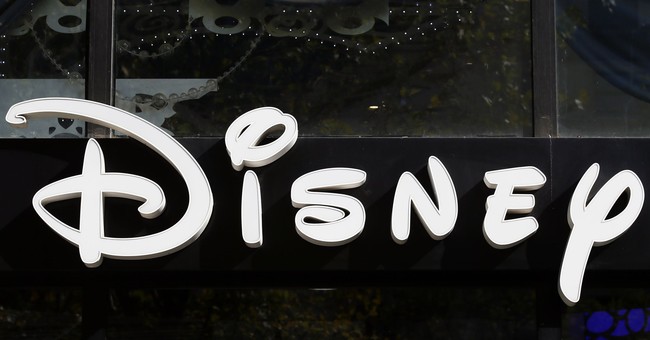 Following the abortion advocacy lead of Netflix, the leader of another major American entertainment company is preening about potentially removing his company's assets and investments from the state of Georgia if its recently-passed 'heartbeat' bill -- barring most abortions after a fetal heartbeat is detected -- is upheld and implemented.  Given the current status of American jurisprudence, this law (and a flurry of others like it) is very likely to be struck down by the courts, so this is empty posturing by Disney's chief executive officer:

EXCLUSIVE: Disney CEO Bob Iger tells @Reuters it would be ‘very difficult’ for the media company to keep filming in Georgia if a new abortion law takes effect because many people will not want to work in the state pic.twitter.com/NHs58KIMR8

Call it anti-virtue signaling, if you will.  It's been interesting to watch the pattern of American corporations actively catering to left-wing political activists, evidently unconcerned about the effects their actions might have on the choices of tens of millions of US consumers who hold different views.  I'm also curious how Dinsey might justify this 'moral' stand if pressed further, beyond from the questionable claim that employees wouldn't perform their jobs in states with laws they dislike.  Is he suggesting that Disney cannot do business in a jurisdiction that restricts women's rights (setting aside the core question of when a child's human rights begin)?  On the issue of abortion policy alone, that doesn't seem to be the case:

- In Croatia, abortion is illegal after 10 weeks.

- In Ireland, abortion was illegal (law since modified)

- In Bolivia, abortion was and is illegal https://t.co/KdOrgknEOk

And in light of this apparent defense of 'reproductive choice,' I assume he's in the process of shutting down all production in China -- including shuttering the two Disney theme parks on Chinese soil.  After all, that country's government enforces policies of compulsory abortion, anti-LGBT discrimination, and numerous egregious human rights abuses.  Is it "practical" for Disney to continue to do business in such a place?  And why would Disney even entertain a proposal for a new park in Saudi Arabia?  Meanwhile, this heartwarming story about a "miracle" baby surviving an extremely premature birth further underscores the pro-life argument, especially in the latter trimesters of pregnancy:

23 week old premature baby is thriving & has left hospital to live at home. Take a look at her picture. So fragile & precious. There’s no denying her humanity. These medical miracles are why Americans are rethinking the abortion debate. https://t.co/0JYDyZnYJf

In legislative news, Louisiana, one of the most pro-life states in the country, has passed a new abortion restriction on a bipartisan basis, and the anti-abortion Democratic governor is prepared to sign it:

BREAKING: Louisiana House of Representatives (which is run by 62 GOPers, 39 Dems and 4 Independents) passes “heartbeat bill” by a vote of ... wait for it... 79-23. The state’s Democratic governor has already promised to sign the bill into law. Pretty huge stuff here.

At the other end of the spectrum, Illinois' lower chamber has approved a heinous infanticide measure, turning back the clock on the grisly procedure known as partial birth abortion.  I gather the Associated Press will refer to this appalling development as "muted."  As Jonah Goldberg quipped, this laughable double standard exists because the media controls the mute button.  But they occasionally get it right -- so I'll leave you with the Washington Post's fact check of an abortion myth from abortion giant Planned Parenthood's new leader:

Four Pinocchios from @washingtonpost fact-checkers for @DrLeanaWen and @PPact, what a day. More on Planned Parenthood’s peddling of false stats, from @RameshPonnuru: https://t.co/PkZXLsLPqL

Does she know she filmed Game of Thrones in Northern Ireland which bans abortion? Mark Hamill and Natalie Portman, who said this about Georgia, filmed Star Wars in Tunisia, where it’s illegal to be gay. These people are either insanely dumb or insanely hypocritical. https://t.co/ooMKblGN9r