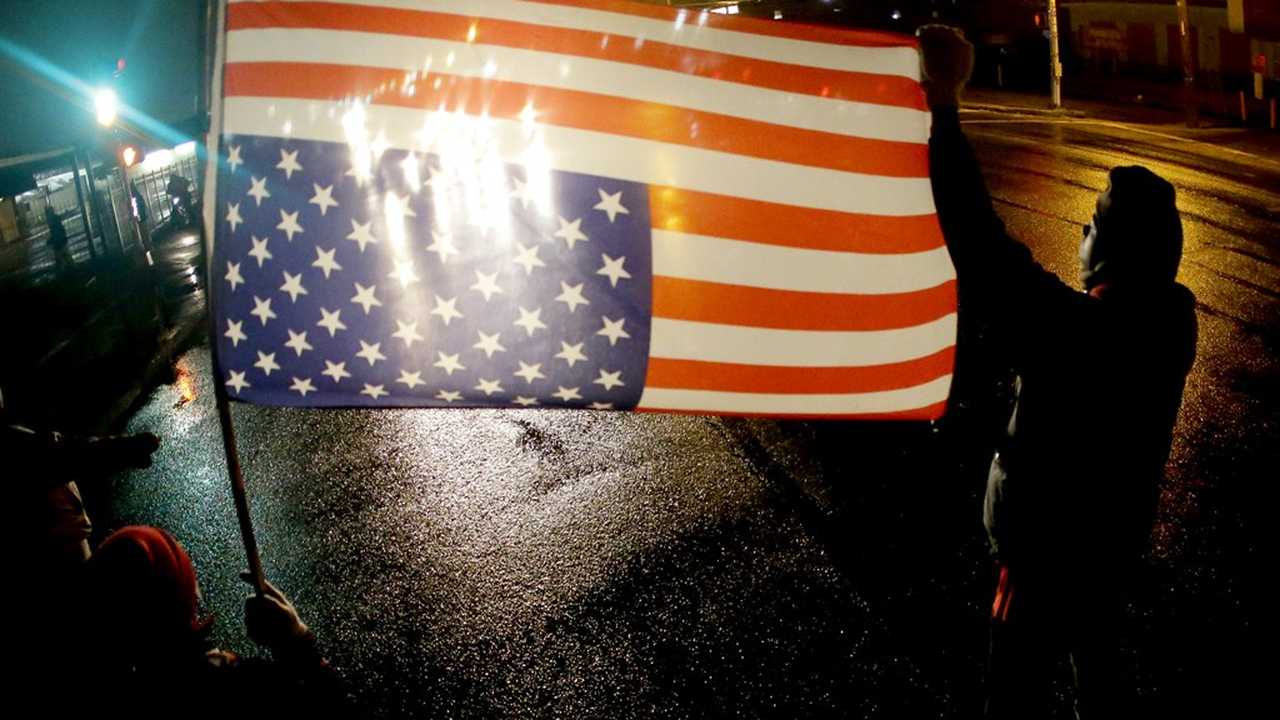 Frankly, I'd be shocked if the public were in anything other than a dour mood these days. We're living through a global pandemic (which is getting scary again in certain places, although certain trajectories are fairly stable for now, and some good news is on the way), we're watching violent and unstable upheaval and unrest throughout the country over race and policing issues, and we're still experiencing the wrenching economic consequences of widespread lockdowns connected to the pandemic. It's been a demoralizing and unsettling few months, and people are understandably feeling it:

Spoiler alert: 2020 has been rough on the American psyche. A new survey by NORC at the University of Chicago finds Americans are more unhappy than they’ve been in nearly 50 years. Just 14% of American adults say they’re very happy, down from 31% in 2018. https://t.co/tl5NlkLrWo

It’s been a rough year for the American psyche. Folks in the U.S. are more unhappy today than they’ve been in nearly 50 years. This bold — yet unsurprising — conclusion comes from the COVID Response Tracking Study, conducted by NORC at the University of Chicago. It finds that just 14% of American adults say they’re very happy, down from 31% who said the same in 2018. That year, 23% said they’d often or sometimes felt isolated in recent weeks. Now, 50% say that...The survey, conducted in late May, draws on nearly a half-century of research from the General Social Survey, which has collected data on American attitudes and behaviors at least every other year since 1972. No less than 29% of Americans have ever called themselves very happy in that survey...Most of the new survey’s interviews were completed before the death of George Floyd touched off nationwide protests and a global conversation about race and police brutality, adding to the feelings of stress and loneliness Americans were already facing from the coronavirus outbreak — especially for black Americans.

That last bolded bit suggests that these numbers could be even worse if the survey had been in the field even a few days later. Regardless, the finding on isolation is entirely predictable, given that tens of millions of Americans have been forcibly isolated for weeks on end. It's important to note that it's not as if the nation is suddenly in the grips of a widespread depression (the larger "unhappy" contingent still represents less than one-fourth of respondents). For many their degree of happiness has simply been downgraded:

While the % of Americans describing themselves as "very happy" has plunged in 2020, there's been a clear uptick in those saying they're "pretty happy." Overall happiness is down, however, and it's easy to understand why. pic.twitter.com/QAv4Z54Y97

I'd be interested to know how many of the "pretty happy" responses are at least partially linked to empathy; as in, "I'm still quite happy, but there's so much pain in the country that I can't describe myself as very happy right now." This data comes on the heels of Gallup's data showing national pride reaching a low ebb among the American people:

American pride has continued its downward trajectory reaching the lowest point in the two decades of Gallup measurement. The new low comes at a time when the U.S. faces public health and economic crises brought on by the coronavirus pandemic and civil unrest following the death of George Floyd in police custody. Although a majority of adults in the U.S. still say they are "extremely proud" (42%) or "very proud" (21%) to be American, both readings are the lowest they have been since Gallup's initial measurement in 2001.

A robust 78 percent of the populace describes themselves as "extremely," "very," or "moderately" proud to be Americans, with barely one-fifth pronouncing themselves "only a little" or "not at all" proud. But the strongest patriotic sentiments have waned considerably in 2020. My personal view is that I remain extremely proud to be an American, given everything that this country represents and has accomplished. We are the freest, most just, and most prosperous hegemonic power in world history, despite our past and present flaws. But it's hard to be extremely proud of what's happening in this country at the moment, which likely explains some of the erosion measured by Gallup (which was heavily driven by self-identified Republicans). From a political standpoint, it stands to reason that an incumbent leader presiding over all of this might find himself in a tenuous electoral position -- which is exactly what the data is showing at the moment:

President Trump's rhetoric at yesterday's White House event on police practices was notably more conciliatory and unifying in nature, perhaps reflecting a recognition that the previous approach was not working, and that a softer tone is needed. Another factor that could boost Trump's standing is a clear, buoyant economic recovery. This could be complicated or derailed by a problematic resurgence of coronavirus, of course, but some of the present indications are positive. This was the Wall Street Journal over the weekend:

The first stage of the recovery looks V-shaped. After bottoming out in April, economic activity has continued to rise into early June, recapturing some of the collapse that occurred when most of the country locked down to contain the spread of Covid-19, according to a range of private data. Whether the recovery can continue at this pace remains clouded by uncertainty over future fiscal stimulus, resurgent infections and the drag of unprecedented job loss on consumer finances. Nonetheless, an L-shaped recovery, in which activity stays depressed, now looks remote. And while the overall recovery may not end up a V, it may also be less feeble than many had feared. The strongest evidence comes from consumer spending. In April, retail sales collapsed by 16%, the biggest one-month drop on record. The government reports May sales data on Tuesday, and economists expect a 7.9% jump, recouping 40% of April’s drop.

The actual rebound on retail sales was even sharper than expected:

BREAKING: US retail sales jumped 17.7% in May, partially recovering after plunging in March and April when the economy froze up. The pandemic’s damage to retail sales remains severe, with purchases still down 6.1% from a year ago. https://t.co/GydFE7phrj

Some of this has the Biden campaign antsy, according to Reuters:

U.S. President Donald Trump is trusted more than Democratic nominee Joe Biden to handle the economy, polls show, even with more than 40 million Americans filing jobless claims and growth stalled due to the coronavirus pandemic...Some Biden supporters fear that vulnerability could intensify if Trump becomes the face of an economic recovery as the country re-opens after shutdowns, giving the Republican president’s re-election prospects a boost when he needs it most.  Trump has staked his political future on the economy, pushing a return to normal as U.S. deaths from COVID-19 topped 100,000 nationwide. Biden has preached caution, endorsing a phased re-opening approach but saying this week the country could not fully revert until there is a vaccine. Though the former vice president has an edge on Trump in overall support ahead of the Nov. 3 election, Reuters/Ipsos polling this week showed Trump with a 42% to 34% lead over Biden in terms of which candidate was trusted more on the economy.

Reality will ultimately determine whether Trump's "comeback" narrative will resonate with voters in the fall, thus dramatically improving his re-election position. But he doesn't seem to have much of a choice but to go all-on on this approach based on the polling and the overall mood of the electorate, in light of everything Americans have been contending with this year.