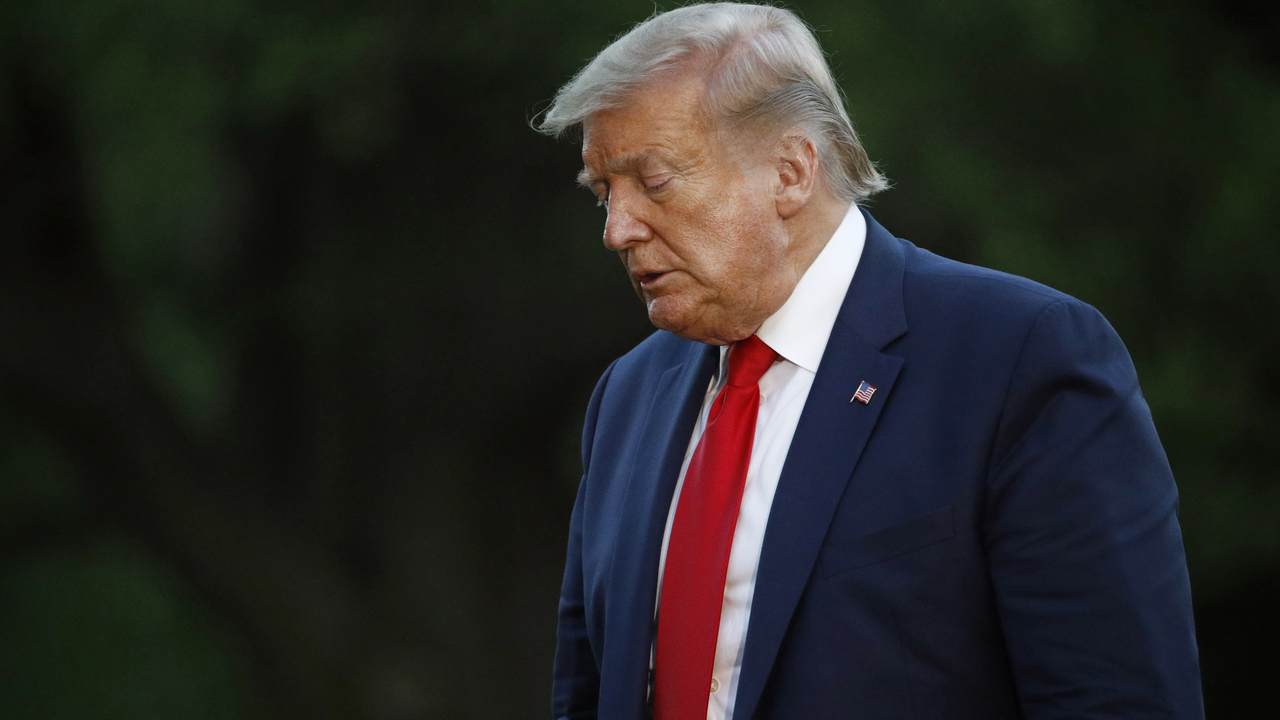 Trump fans aren't going to like this, but the numbers are the numbers. Former Vice President Joe Biden has never once trailed President Trump in the RealClearPolitics polling average, but the margins have fluctuated. In early May, Biden's edge was roughly four percent. Later in the month, it was a hair over five percent. Biden now holds an advantage of approximately eight percentage points nationally. On average. That number is certainly boosted by CNN's eye-popping outlier showing Trump trailing by 14 points (CNN also churned out what ended up looking like another outlier last month, purporting to show Trump leading in key swing states).

For the sake of argument, let's cut CNN's bouncy poll out of the mix entirely and focus on the newest NBC/WSJ survey, which shows Biden ahead by seven points. It reflects, almost perfectly, the national average; four of the last seven polls peg the challenger's lead at that exact margin. Here's what that data set looks like:

Trump carried independents by four points over Hillary Clinton four years ago. He crushed her by 20 points among whites. He won seniors by seven. In this poll, he's losing indies by double digits, ahead relatively narrowly among white voters, and down eight with seniors (which reflects a troublesome trend for Team Trump). Unlike the last batch of CNN findings, NBC/WSJ shows the national picture reflected in battlegrounds: "Among voters living in the top battleground states — Arizona, Colorado, Florida, Maine, Michigan, Minnesota, Nevada, New Hampshire, North Carolina, Pennsylvania and Wisconsin — Biden's combined lead over Trump is eight points, 50 percent to 42 percent." And before you wave all of this away by noting that "the polls were wrong" in 2016, I'll remind you that the national polling average was just one percentage point away from accurately predicting the final margin of the nationwide popular vote.

There were some obvious failures in a handful of important states, to be sure, but if Joe Biden's lead is anywhere near seven points on election day, there's no path for Trump to thread the electoral college needle like he did last time. He needs to be close nationally to make the math work. Another form of denial is to suggest that the media's public polling is stacked against Trump, and what really matters is what the Trump campaign is seeing within their sophisticated data operation. About that:

President Trump is facing the bleakest outlook for his re-election bid so far, with his polling numbers plunging in both public and private surveys and his campaign beginning to worry about his standing in states like Ohio and Iowa that he carried by wide margins four years ago. The Trump campaign has recently undertaken a multimillion-dollar advertising effort in those two states as well as Arizona in hopes of improving his standing, while also shaking up his political operation and turning new attention to states like Georgia that were once considered reliably Republican...In private polling conducted by Mr. Trump’s campaign, the president is now well behind Mr. Biden, according to people briefed on the most recent round of results.

Fox News polling released last week showed Trump trailing in Ohio by two points, trailing in Arizona by four points, and trailing in Wisconsin by nine points. Trump won all three states last cycle, by eight points, three-and-a-half, and less than one, respectively. All of which is to say, if the election were being held on this Tuesday -- today -- it's highly likely that President Trump would be defeated, based on the current data. That's the candid, sobering news for Trump supporters. But is there hopeful news? A key question is whether this polling moment represents a low ebb or a new normal. Many of the surveys that have been released over the last few days were in the field at an extraordinarily dark moment for the country, with a trifecta of painful crises converging and convulsing all at once. It's hard to imagine any incumbent faring well against a backdrop of massive unemployment, a deadly pandemic, and American cities burning.

Since that dreadful nadir, however, much order has been restored (with the opposition starting to wildly overreach), the public health challenge looks like it's generally improving, and a monster jobs report dropped. And if voters broadly believe that all three crises are dissipating or on the mend by the fall, there's an obvious path for Trump's electoral standing to rise accordingly. Even in the harrowing NBC/WSJ poll cited above, Trump maintains the upper hand over Biden on some critical issues:

The NBC/WSJ poll -- taken amid a trio of crises -- is just gruesome for Trump, but some of its findings show glimmers of how he could mount a comeback: pic.twitter.com/QBsVMX71Zv

Trump is clearly seen as the better steward of the US economy and is narrowly preferred on handling China -- on whom a whopping 83 percent of American voters quite rightly place "some" or "a lot" of blame for the coronavirus outbreak. The building blocks for a potential comeback are in place. The unknowable X-factor is how the electorate will be feeling, and what people will be prioritizing, four-plus months from now. If things are getting back to quasi-normal, the incumbent could get some credit, or at least more slack. If things remain rocky, and the public is craving a healing reset, NBC/WSJ shows Joe Biden doubling Trump up on the metric of "bringing the country together." Finally, as China and coronavirus continue to loom large, I'll leave you with this:

BREAKING: Satellite imagery showing spikes in auto traffic around major hospitals in Wuhan last fall suggests coronavirus may have been spreading through central China long before it was first reported to the world, a new study says. https://t.co/t7hIyT6qYv