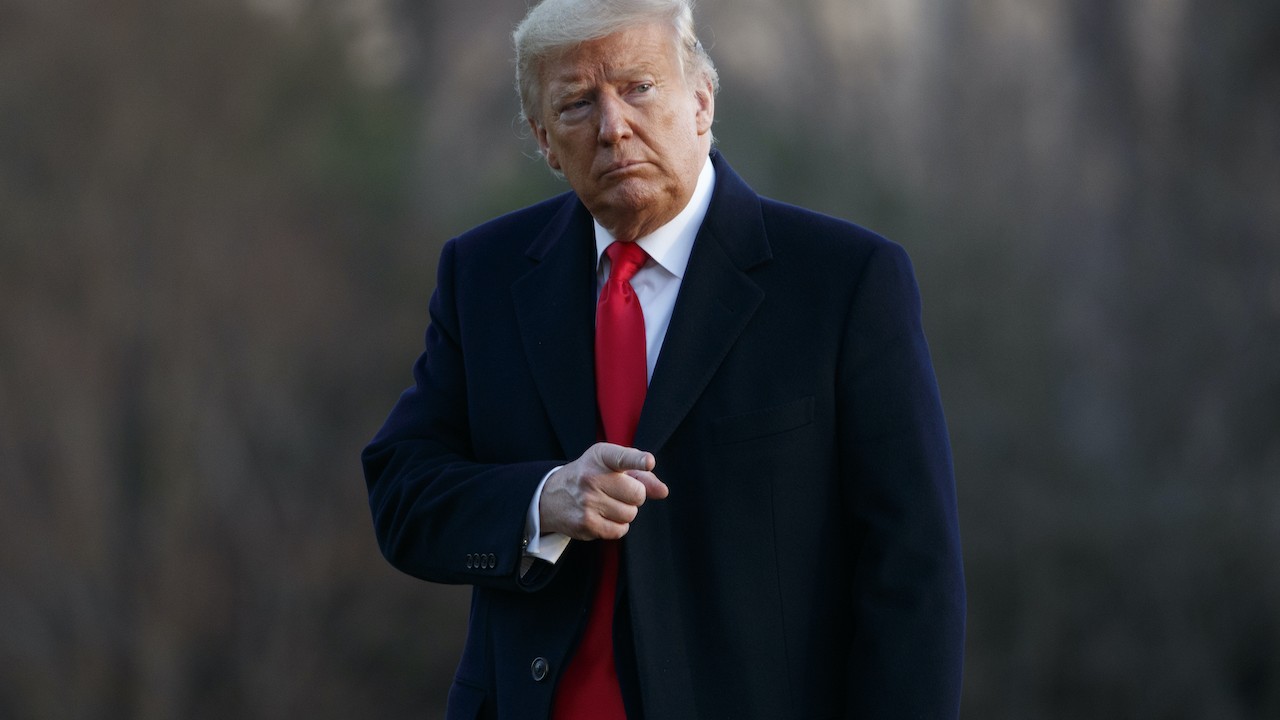 Last week, we reviewed a trio of new 2020 presidential polls, which produced strikingly different results. A CNN survey gave challenger Joe Biden a large lead, a Monmouth poll showed Biden holding a modest lead, and Fox News' latest pointed to an exact tie. More data has come in since then, with the former Vice President opening up an average lead of more than five points nationally, but new numbers from Pew indicate the race remains extremely competitive:

For Trump to win, he's probably going to have to pull stronger margins among whites (see this) and men. Biden will need to do substantially better among African-Americans than 76 percent. Biden holds a strong lead among younger voters, but that cohort is also the most likely to say that "differences will keep many Democrats from supporting Biden" in the fall. What is most interesting to me are the bars at the very bottom of this infographic:

The two candidates each hold double-digit leads in their respective party's traditionally reliable states (with Biden running up the score in blue states), and Biden leads Trump nationally by two points (47/45). But in the all-important battleground states, Trump holds the edge, by that exact same margin. If this is accurate, the Trump campaign would take it every day of the week, and twice on Sunday. Imagine the Democratic nominee winning the "popular vote" by roughly two percentage points while building large margins in populated urban areas and blue states, but the Republican threads the needle in the key states needed to prevail in the electoral college. That sounds awfully familiar, doesn't it? But is Trump really leading Biden in the swing states?

In no universe is Trump trailing in Michigan by double digits, yet leading in the battlegrounds overall.  Which brings us to the new NBC/WSj poll:

These numbers and the New York Times nugget above certainly helps explain Trump's strategy to paint Biden as weak or soft on China:

The Trump campaign is planning to make Joe Biden's posture toward China one of its major lines of attack during the 2020 campaign, top officials tell Axios. The politics surrounding the U.S. relationship with China may become a bigger domestic issue in this campaign than in any presidential contest in the last half-century. Trump officials had long been planning to brand Biden as "soft" on China, but the coronavirus pandemic — which epidemiologists trace to an animal market in Wuhan — has stoked public anger toward Beijing and made the attack more resonant in polling. John McLaughlin, a Trump campaign pollster, said, "China is among many weaknesses for Joe Biden, but when people learn about Biden's attack on the president's China travel ban, his other weak positions on China, and his conflict with Hunter Biden's business deal with China, voters are horrified."

The Biden campaign is already pushing back against that narrative. I'm still wondering how voters, once they start paying attention to something other than the pandemic, will react to not-infrequent moments like this:

You were holding campaign rallies into the second week of March. Fauci has said that the very 1st time he and Birx recommended major action, POTUS accepted & implemented that advice. The federal response is fair game. The 'two weeks earlier' hypothetical is cheap & hypocritical. https://t.co/ypbnIAweMf

Dr. Fauci made this point quite clear last Monday. Biden's campaign tweeted out that hackery four days later. It's this sort of revisionism and attempted memory wipe that I cannot abide.