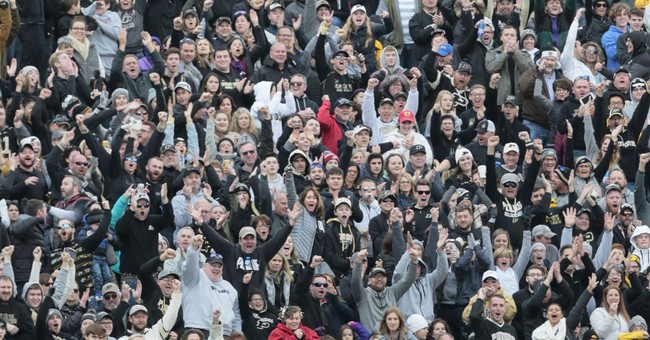 I'd seen this assessment floating around from Dr. Ezekiel Emanuel (brother to Rahm, adviser to Joe Biden, ) and was reluctant to click on the resulting stories, basically for two reasons: First, Dr. Emanuel -- who's had some, er, interesting things to say in the past -- has been quite bearish on this pandemic, openly discussing very lengthy lockdowns that just don't seem realistic. In other words, his 'doom and gloom' analysis may be a bit extreme. Second, as an avid sports fan, I've been thinking about this question a lot, and I was subconsciously worried that his rationale would actually make sense, which would bum me out. Then Allahpundit wrote about the subject, and my latter fear was realized. Consider me bummed out by this:

"Large-scale gatherings such as conferences, sport events, and live concerts won’t be safe to attend until 'fall 2021 at the earliest,' according to Zeke Emanuel, director of the Healthcare Transformation Institute at the University of Pennsylvania.https://t.co/LjqkARN11j

"Larger gatherings — conferences, concerts, sporting events — when people say they’re going to reschedule this conference or graduation event for October 2020, I have no idea how they think that’s a plausible possibility. I think those things will be the last to return. Realistically we’re talking fall 2021 at the earliest. Restaurants where you can space tables out, maybe sooner. In Hong Kong, Singapore and other places, we’re seeing resurgences when they open up and allow more activity. It’s going to be this roller coaster, up and down."

There are glimmers of hope, like the possibly imminent return of (fans-free) South Korean baseball, but even that is a wait-and-see proposition. Recall that similar aspirations about their basketball league ended up being dashed. As we've written about, Major League Baseball and other sports are entertaining various scenarios, but I can't shake nagging questions like the ones raised by Allahpundit:

Frankly, I continue not to see how sports will be played even without fans there. There’s too much contact between players in football, basketball, and hockey to avert infection, and once one player is infected, the entire league would screech to a halt as teams were forced to quarantine. Baseball is the one possible exception because contact is minimal, but read this smart SI piece about just how insane the logistical challenge would be for any sport to try to quarantine the entire league so that games could be played safely every day. Not just the players and coaches but all kinds of support staff, from security to transportation to caterers and so on, would need to be locked down together for months. No one could go in or out of the bubble without having to stay off the field in isolation for at least 14 days. If so much as one player got infected due to some lapse, the whole league would shut down for weeks. Imagine how much money might be potentially wasted trying to pull that off only to have it collapse halfway through the season because some idiot snuck out overnight and contracted the bug.

Other elements of the economy will certainly open up much sooner; that's just a necessity, and policymakers are in the process of figuring out what that sequencing might look like. I recommend they read and consider this as a strong and sensible jumping-off point. Nevertheless, it would make sense, in light of stories like this and this, that large, crowded events like sports games would be near the back of the 'return to normalcy' line. The only real solutions are either highly effective and widely-available therapies (coupled with widespread and very accurate testing), some unexpected 'herd immunity' developments -- or, of course, a vaccine. On the latter front, here's some possible good news:

J&J eyes 'imminent' coronavirus vaccine production in order to be ready to distribute once approval is given (likely in Q1 of 2021), aims for a billion doses worldwide. https://t.co/5xbIVAwVkj

Johnson & Johnson said on Tuesday it plans to begin imminent production of its trial COVID-19 vaccine on an “at risk” basis, as the coronavirus pandemic infects nearly 2 million people around the world...J&J began developing its vaccine for COVID-19 in early January with its European subsidiary Janssen Vaccines & Prevention B.V. It’s using the same biological platform Janssen uses in developmental vaccines for Ebola, Zika and Influenza...“Our goal is to enable the supply of more than 1 billion doses of the vaccine globally,” Stoffels said...Wolk says the timeline is pretty certain. “We plan to be first in human testing sometime in early September. Should things progress, we would have data read out in December and that would hopefully lead to an approval the early part of 2021,” he added.

Even this upbeat story is rather sobering, in some respects. The "should things progress" line is doing some heavy lifting (fingers crossed), and even if the realistic but optimistic scenario plays out, we'd still be looking at vaccine availability early next year, at the absolute earliest. One component of a successful recovery from the pandemic will be prevalent-to-ubiquitous antibody tests. On that score, MLB is participating in a massive trial, as first reported by ESPN:

Employees of Major League Baseball teams are participating in a massive study that will test up to 10,000 people for coronavirus antibodies and should offer researchers a better sense of how widespread the disease is in major metropolitan areas across the United States, although doctors caution that the data gathered is not expected to hasten the game's return. The study, which is being run by Stanford University, USC and the Sports Medicine Research and Testing Laboratory (SMRTL), will use test kits that draw blood via pinprick and offer results within 10 minutes. The test will detect the prevalence of IgM, an antibody produced relatively early in those who have been infected with COVID-19, and IgG, a second form that doctors said lasts long after the infection happens. A positive test would confirm a person did in fact contract coronavirus, even if he or she was asymptomatic. The goal of the study is to get a better sense of the virus' true infection rate by utilizing a nationwide sample. The speed with which MLB coordinated logistics and ensured participation from a wide range of people, including players, front-office staff, concession workers and others, made it the right choice for the study, according to doctors running it.

I happen to know several people who work in the MLB, some of whom have participated in this study:

Friend connected to MLB passes along this email document sent to employees across the league, soliciting volunteers for a massive Coronavirus antibody test. Says it was a finger prick with instant results. Both people I know who participated were negative fwiw. pic.twitter.com/hRskFtnEkY

I'll leave you with this bit of scuttlebutt from ESPN's Chris Fowler:

Via Sports Business Daily, ESPN’s Chris Fowler believes that the possibility of a 2020 college football season played from February to May (2021) is “gaining momentum.” Fowler admits that the possibility “on the surface might sound preposterous.” He adds that a lot of “reasonable people feel like it might be the most prudent course of action” ... Whatever the decision, the clock is ticking toward a practical timetable for making it. “By the end of May, there has to be clarity,” Fowler said. “If you’re going to have college campuses open, which you have to have if you’re going to bring the players back, that’s about the deadline.” Given that college football operates in every state, and given that every state is in a different spot in the lifecycle of the coronavirus outbreak, it will be very difficult to get everyone on the same page. “It seems unlikely, given the fact that the virus is cresting and the peak is at different places at different times, we’re suddenly going to be back to normal to get the crowd back in stadiums everywhere by late August and early September,” Fowler said.

I understand the desire to figure out how to play a college football season -- believe me, I share it strongly -- but given the challenges Fowler mentions, I'm increasingly worried that his ESPN colleague Kirk Herbstreit was right in this assessment.  Also, here's Sports Illustrated on the NFL's contingency planning.

UPDATE - For what it's worth, from yesterday's briefing on the new federal reopening guidance:

Fauci leaves open possibility that there can be games — with fans — in the phase 3 part of the plan. That would likely be around July or August.