Analysis: Don't Fuel Anxiety By Downplaying or Ignoring the Benefits of the New Coronavirus Relief Package 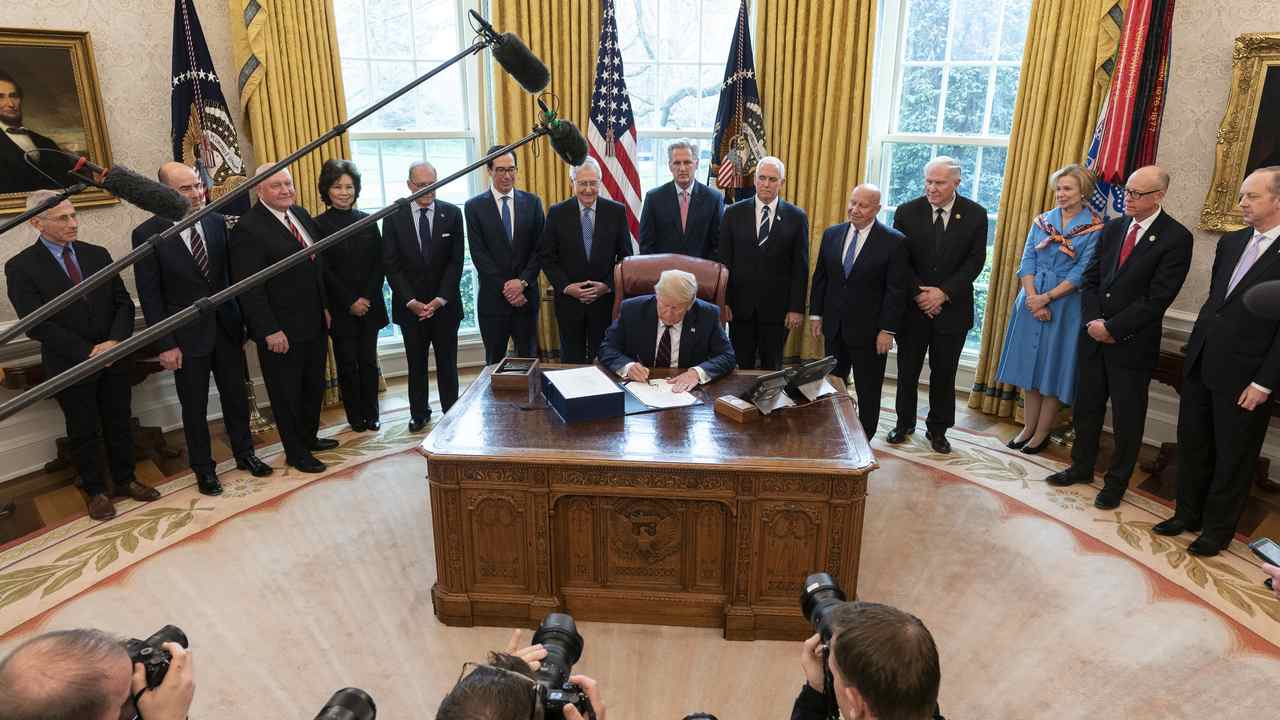 Cards on the table: As my commentary on social media and my radio show have made abundantly clear, I was a qualified supporter of the massive relief bill passed by Congress late last week. If I could have waved a magic wand, I would have structured and crafted various provisions differently (sharply reducing or even eliminating means testing for direct assistance), and scrubbing some of the wasteful goodies lawmakers packed into the legislation. That said, I found Democrats' obstructionism and delays to be outrageous, given the acute and urgent pressures being felt by millions of American workers and businesses. People needed help as soon as possible, through no fault of their own.

An economic stoppage, caused by a global pandemic, is a unique crisis that cried out for federal intervention. I would have voted in favor of the package, in spite of some reservations. But despite the fact that the final product ultimately passed both houses by near-unanimous bipartisan margins and was swiftly signed into law by President Trump, some in the press and other critics seem to have made a mission of minimizing the scope of the assistance in the public's imagination, sowing dramatically false impressions about its limits. Others have noticed this, too:

At some point these "$1,200 isn't enough" lines become pretty irresponsible, if they successfully mislead some people into thinking the only help that's coming is a one-off $1,200 payment https://t.co/X3ECqM13NW

What an incomplete and dishonest description of the federal response. https://t.co/QryTKdPOVp

The notion that people are "only" receiving one round of $1,200 checks is patently false, and stirs misplaced resentment and fear. A few fact-checks:

I just don't get how you can be aware of all that and keep pushing the "all you're getting is a measly 1200 bucks" line, unless you actively want to mislead people at a time of incredible stress and uncertainty

To make it even clearer: The direct payments were only about $300 billion of the $2.2 trillion bill. And that doesn’t even account for it guaranteeing $4 trillion in federal reserve loans for large businesses to keep on workers. https://t.co/HJ0cm8PEPc

The bill included an initial of direct checks to most Americans, plus steep increases in unemployment insurance benefits. Then there are the enormous resources for loans to small business, which are forgivable if the businesses use the money to keep workers employed. Billions in assistance to large corporations is also designed to keep people on payrolls. Then there are the many billions directed toward anti-pandemic efforts. I'm not arguing that the legislation -- now law -- was perfectly designed, or even well designed. But it did a lot more, for a lot more people, than some would have you believe. This primer from NPR is really useful:

The bill includes several elements aimed at helping keep people engaged in the economy. That means direct cash for many, plus expanded unemployment benefits and new rules for things like filing your taxes and making retirement contributions...The main features for small businesses are emergency grants and a forgivable loan program for companies with 500 or fewer employees. There are also changes to rules for expenses and deductions meant to make it easier for companies to keep employees on the payroll and stay open in the near-term...The bill sets aside roughly $500 billion in loans and other money for big corporations. These companies will have to pay the government back and will be subject to public disclosures and other requirements... Lawmakers [also] want to supplement community and private health systems to help meet the influx of new patients.

As for preliminary discussions about the next round of Coronavirus relief legislation, it looks like some top Democrats are pushing for...tax cuts for the rich?

Then you deserve to be mocked every time you yell "tax the rich" ever again. https://t.co/SA2fJcQIjC

That would be an interesting debate, wouldn't it? Demanding that all taxpayers subsidize rich residents who choose to live in high-tax states...in the context of a pandemic relief bill. I discussed a number of the above matters with Senate Majority Leader Mitch McConnell on my show earlier in the week. He said that a potential fourth wave of legislation must be assessed based on how the latest, enormous plan was implemented -- and that he will not allow non-germane policies to be enacted under the guise of pandemic relief. He also reiterated his steadfast opposition to remote voting, saying he's in agree with with Speaker Pelosi on this point. Here is that conversation: