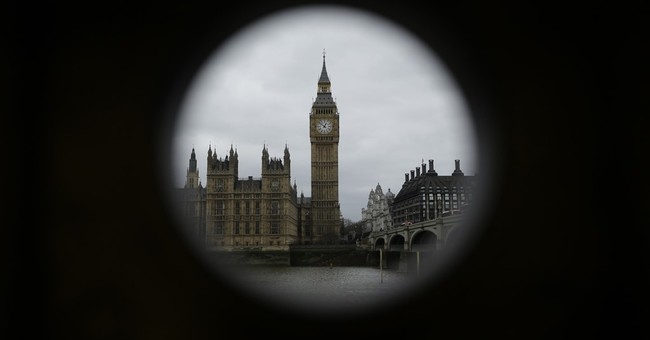 One of the chief criticisms of the Iran nuclear deal -- aside from its permissiveness on substance, effectively guaranteeing the regime's ability to become a threshold nuclear state when various restrictions sunset -- was that its supporters in Western governments prioritized their own desperation for an agreement above virtually all other considerations.  One thinks of the 'secret side deals' that granted Tehran even more concessions, the impotence of officials who admitted Iran's violation of the accord's "spirit" while doing nothing, and the pallets of cash paid directly to the regime's leadership in exchange for hostages -- and the accompanying lies.

President Obama signed of on the JCPOA without the consent of Congress, a strong bipartisan majority of which was opposed to his administration's plan.  By ignoring the will of the legislative branch, the temporary nature of Obama's action allowed his successor to withdraw the United States from the fatally flawed deal.  All of the other major players have stayed within the framework.  Except, that is, for Iran, which announced in May its intention to ignore certain provisions it no longer wants to follow unless new demands are met (in addition to pre-existing and fundamental violations):

Iranian President Hassan Rouhani declared Wednesday that the country would partially stop complying with a landmark nuclear deal it signed in 2015 with six other nations...On Wednesday, Rouhani said in a nationally televised speech that he informed the other signatories of the deal -- Britain, China, France, Germany and Russia -- that they had 60 days to decide to either pull out of the deal or trade for oil with Iran in violation of U.S.-imposed sanctions, the New York Times reported...He said the country would stockpile low enriched uranium and heavy water and that it would restart its Arak nuclear reactor, which it shuttered and partially dismantled under the agreement, if Iran is not compensated for losses it will incur following Trump's April 25 cancellation of temporary waivers permitting countries including Iraq, Turkey, India, Japan and China to purchase Iranian oil without breaking U.S. sanctions..."Otherwise, the Islamic Republic of Iran will stop compliance with its other undertakings in consequent phases," the Supreme National Security Council said.

Iran's bellicosity and maneuvering also nearly brought the US to the brink of confrontation this spring, causing American officials to issue serious warnings, deploy military resources, and evacuate diplomatic personnel from Iraq.  None of Iran's ongoing treachery, including its shameless and ongoing sponsorship of terrorism, has dissuaded The West (minus the Trump administration) from sticking to the nuclear agreement. New revelations from the UK's Daily Telegraph newspaper appear to further illustrate the lengths to which some governments have been willing to go in order to shield the Iranians from very bad press, in the name of politically protecting the JCPOA:

Iranian-linked terrorists were caught stashing three tonnes of bomb-making materials in London in 2015.

It was just months after the Iran nuclear deal was secured. But MPs + the public have never been told.

Terrorists linked to Iran were caught stockpiling tonnes of explosive materials on the outskirts of London in a secret British bomb factory, The Telegraph can reveal. Radicals linked to Hizbollah, the Lebanese militant group, stashed thousands of disposable ice packs containing ammonium nitrate - a common ingredient in homemade bombs. The plot was uncovered by MI5 and the Metropolitan Police in the autumn of 2015, just months after the UK signed up to the Iran nuclear deal. Three metric tonnes of ammonium nitrate was discovered - more than was used in the Oklahoma City bombing that killed 168 people and damaged hundreds of buildings.

The story goes on to note that the disrupted bomb-making plot by one of Iran's top proxies was "for years kept hidden from the public," including most of Parliament.  This, in turn, "raises questions about whether senior UK government figures chose not to reveal the plot in part because they were invested in keeping the Iran nuclear deal afloat."  A disturbing but inevitable question.  Hezbollah has long been a top terror client of the Iranian regime, famously "let off the hook" by an Obama administration hellbent on cajoling Tehran into the nuclear accord at nearly any cost.  Here's a Politico flashback:

In its determination to secure a nuclear deal with Iran, the Obama administration derailed an ambitious law enforcement campaign targeting drug trafficking by the Iranian-backed terrorist group Hezbollah, even as it was funneling cocaine into the United States, according to a POLITICO investigation...Over the next eight years, agents working out of a top-secret DEA facility in Chantilly, Virginia, used wiretaps, undercover operations and informants to map Hezbollah’s illicit networks, with the help of 30 U.S. and foreign security agencies...But as Project Cassandra reached higher into the hierarchy of the conspiracy, Obama administration officials threw an increasingly insurmountable series of roadblocks in its way...“This was a policy decision, it was a systematic decision,” said David Asher, who helped establish and oversee Project Cassandra as a Defense Department illicit finance analyst. “They serially ripped apart this entire effort that was very well supported and resourced, and it was done from the top down.”

That was when the previous president and team were in charge. Fast forward to today, and Hezbollah is being strangled by the very sort of biting, unilateral US sanctions that critics warned couldn't work. The Trump administration has been quite successful in hindering the efforts of the same major terrorist organization that their predecessors shielded, as a means to a political end. Not anymore:

Since President Trump introduced sweeping new restrictions on trade with Iran last year, raising tensions with Tehran that reached a crescendo in recent days, Iran’s ability to finance allies like Hezbollah has been curtailed. Hezbollah, the best funded and most senior of Tehran’s proxies, has seen a sharp fall in its revenue and is being forced to make draconian cuts to its spending, according to Hezbollah officials, members and supporters. Fighters are being furloughed or assigned to the reserves, where they receive lower salaries or no pay at all, said a Hezbollah employee with one of the group’s administrative units. Many of them are being withdrawn from Syria, where the militia has played an instrumental role in fighting on behalf of President Bashar al-Assad and ensuring his survival. Programs on Hezbollah’s television station Al-Manar have been canceled and their staff laid off, according to another Hezbollah insider. The once ample spending programs that underpinned the group’s support among Lebanon’s historically impoverished Shiite community have been slashed...The sanctions imposed late last year by Trump after he withdrew from the landmark nuclear deal aimed at curbing Iran’s nuclear ambitions are far more draconian than those that helped bring Iran to the negotiating table under the Obama administration, and they are having a profound effect on the Iranian economy, analysts say.

Night and day.  As you consider all of the information in this post, please recall that the American architects of the previous US-Iran policy are reportedly engaged in shadow diplomacy, urging Tehran to ignore and wait out the Trump administration.  In my recent radio interview with Secretary of State Mike Pompeo, the country's top diplomat excoriated his immediate predecessor on this point: "It is ahistorical and completely unhelpful when previous secretaries of state are continuing to engage in the tasks that they engaged in when they were the secretary of state," Pompeo said. "Talking with senior leaders around the world and suggesting to them somehow that waiting out this administration is the best course of action for those countries is something that is unheard of, it is fundamentally different than any previous administration has undertaken and they ought to leave the foreign policy to us and then do their best to [promote] foreign policy leaders that have appeased the Iranians, that allowed Chairman Kim Jong-un to continue to advance his nuclear threat, that put us prostrate around the world. If those are the policies they want, they should go fight for them at the ballot box."  Parting thought: Is "waiting Trump out" even a viable option anymore?