The Home Stretch: Five Big Numbers to Know From the Week in Politics -- September 14, 2018 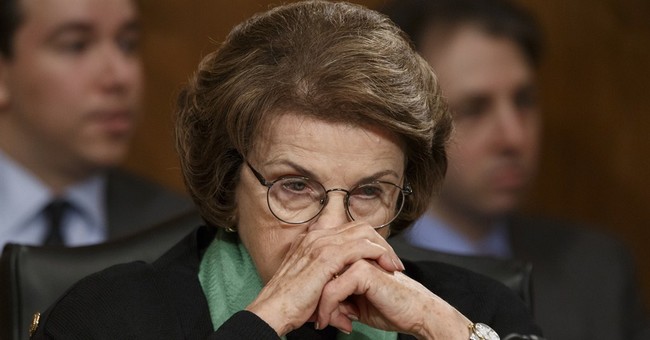 The week is ending on a conspiratorial note -- both from the Right and Left -- but let's look back at a few key numbers:

[49] - It's been nearly five decades years since jobless claims were this low: "The number of Americans filing for unemployment benefits unexpectedly fell last week, hitting its lowest level in nearly 49 years and pointing to robust labor market conditions," Reuters reported on Thursday, noting that the last time this statistic hasn't been this strong since December of 1969.  The good economic didn't stop there:

Middle-class income rose to the highest recorded levels in 2017 and the national poverty rate declined as the benefits of the strong economy lifted the fortunes of more Americans, the U.S. Census reported Wednesday. The median U.S. household earned $61,372 last year, meaning half of the families in the country brought in more income than this and half earned less. Crossing the $61,000 mark signals the American middle-class may have finally earned more than it did in 1999...

Add these reports to the improved news on wages, and the picture gets rosier and rosier.  I'd imagine that Republicans, eager to improve their midterm prognosis, would be thrilled to be focusing on these developments, rather than, say, this.

[3] - Sen. Susan Collins, a moderate Republican from Maine whose office has received ugly threats in advance of the Senate's vote on Brett Kavanaugh's Supreme Court nomination, is facing an unusual (and possibly illegal) pressure effort from leftists.  She says she's spoken with three attorneys about the push, and they've told her it appears to cross ethical and/or legal lines into a form of bribery or extortion.  Via the Wall Street Journal:

A crowdfunding website is trying to strong-arm Senator Susan Collins, the Republican from Maine, by giving more than $1 million to her 2020 opponent—unless she opposes Judge Kavanaugh. Donors are asked to make a financial pledge and then enter their credit-card information. As of Tuesday afternoon, 37,425 people had put down $1,041,878. The fine print makes clear the quid pro quo: “Your card will only be charged if Senator Susan Collins votes for Kavanaugh’s confirmation to the Supreme Court.” To avoid the money bomb, all Ms. Collins must do is vote “no.” ...The crowdfunders in this case are offering something of value—withholding funds from her opponent—in return for a Supreme Court confirmation vote. “I have had three attorneys tell me that they think it is a clear violation of the federal law on bribery,” Ms. Collins says. “Actually, two told me that; one told me it’s extortion.”  She adds that her office hasn’t “made any kind of decision” about whether to refer the matter to prosecutors. But her astonishment at the strategy is clear: “It’s offensive. It’s of questionable legality. And it is extraordinary to me that people would want to participate in trying to essentially buy a Senator’s vote.”

Good work, resisters.  This gambit is looking like another humiliating face-plant.  And while we're on this general subject, I don't want to lend any more credence to this story that it deserves, but here are my basic thoughts on the timing and "substance" of this rumor-mongering.  In short, it reeks:

We're not even dealing with an actual allegation here; we're speculating about an anonymous and unspecific piece of reputation-tarnishing innuendo aimed at the recipient of powerful judicial nomination that Democrats have utterly failed to discredit or derail on the merits.  Unless this turns out to be a verifiable scandal (if it ever goes anywhere at all, that is), this is one of the Left's lowest smears yet.  If you can't beat 'em, try to delegitimize 'em with nasty, amorphous whispers.  And if this is really what all of this is about (another account alleges different details, which Kavanaugh completely denies), the Democrats' exercise here is particularly pitiful and vile.  If there was anything solid at all here, why did Feinstein sit on this rumor for almost two months?

[3,755,995] - As they come to terms with the reality that President Trump is about to install his second Supreme Court justice, some in elite lefty circles are attacking the "unfair" system that led to this moment.  Case in point is Ezra Klein's venting about polls, the popular vote, and other realities that are conspiring against his wishes:

A lifetime appointment for a Supreme Court Justice who a plurality oppose at the time of his appointment, and who was nominated by a president and confirmed by a political party that were also unpopular, is quite a way for a system to work. https://t.co/q4LG9ZlVTs

A few points: Confirming Kavanaugh is polling almost exactly evenly in handful of surveys, with a slight plurality favoring his elevation to the Court in others.  There is no established plurality against him; if anything, it's the opposite.  I'd also note that it's not as if Barack Obama was exceptionally popular when he selected Elena Kagan for SCOTUS in 2010, months before his party got wiped out by voters.  And  Bill Clinton fought through some mighty approval struggles in 1993 and 1994 (resulting in a punishing midterm cycle for Democrats), but that didn't stop him from placing two liberal justices on the Court during that two-year stretch.  In response to Klein, another liberal commentator noted that the Republican-held Senate "got fewer combined votes than the opposition party."  That was true in 2016, largely because of the types of states that happened to be holding elections that year (only one-third of the Senate is up for re-election every two years).

But when the GOP won control of the upper chamber in 2014, netting an astonishing nine seats amid a popular backlash against Obama and the Democrats, Republicans won the combined "popular vote" that cycle by more than 3.7 million votes nationally.  Is that good enough to 'count'?  Their majority was diminished, but not flipped, two years later.  The point is these are legitimate outcomes based on the agreed-upon rules set forth in our carefully-constructed system.  For all the liberal panic about norms and institutions, whining about our norms and institutions when electoral outcomes don't go their way contributes to the erosion of trust and legitimacy that they purport to lament:

What should we do? Have an election every time the vagaries of polling don't match the composition of congress? Or only when it doesn't work for Democrats?

[Zero] - 17 years ago this week, nearly 3,000 innocent people were savagely murdered by jihadists.  It was one of the darkest days in US history and the worst-ever terrorist attack on American soil, by an order of magnitude.  Therefore, much like the Holocaust, there are approximately zero appropriate comparisons to be drawn between 9/11 and virtually anything else -- including things about which people feel strongly and negatively.  For instance:

One can be seriously concerned about the malign influence of a hostile power in an American election without likening it to an unconscionable mass slaughter.  And then there's this:

My Latest—> Trump is damaging the dream of America more than any terrorist attack ever could. https://t.co/DEnYurEFmW

Deliberately choosing to write that piece to coincide with 9/11 is astoundingly tone deaf -- and is also, to borrow a phrase, how we got Trump. And it was furnished, ironically, by someone who generously promoted Trump's candidacy throughout key stretches of the GOP primary until resistance became the more fruitful path.  Last but not least, here is yet another misappropriation of 9/11, in connection with a separate issue (yes, about which I have intense feelings).  Find better analogies, everyone.

[15 percent] - One of the "achievements" of the "Affordable" Care Act has been the massive expansion of Medicaid, a fatally flawed federal program that was already financially strained and serving vulnerable populations very poorly before millions of wealthier people were dumped into it.  The result has been the extraordinary and inexorable swelling of government spending on the program, including stunning new obligations for taxpayers.  California is ground zero for this phenomenon, where roughly one-third of all state residents had been placed on Medi-Cal as of 2013, causing massive access problems.  A senior aide to Sen. Mike Lee (and our former Townhall colleague) now points to some updated statistics about the allocation of resources in the Golden State:

Before Obamacare California spent 13% of its budget on higher education and 19% on Medicaid. Now its 7% higher ed and 34% Medicaid.https://t.co/9j0GTg6yeLhttps://t.co/XGQTqkoZU4

(Carroll later updated his tweet with one corrected link).  Imagine what could happen to California's spending priorities and taxation levels if Sacramento Democrats get their way and impose an astonishing single-payer healthcare scheme, which would roughly double the state budget -- with no way of funding that unprecedented spike.

[Friday Fun] - I can't not share this transfixing video as we head into the weekend: