Fallout: As Google Gets Blasted for Intolerance, Media Covers For Them With Lazy Dishonesty 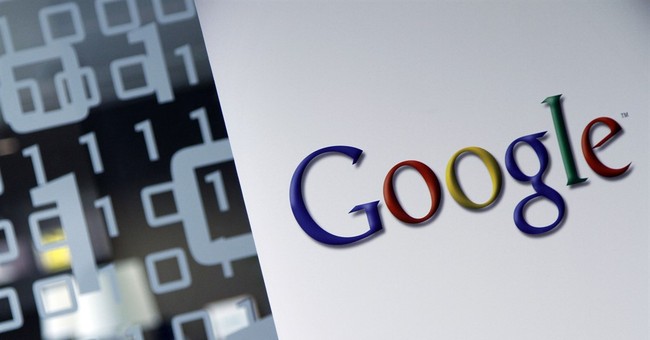 I had quite a lot to say about Google's decision to fire an engineer over his internal memo that addressed several concerns he harbored about the company.  Among them were his views that Google fosters a close-minded and homogenous ideological atmosphere, and that flawed initiatives to achieve greater gender and racial diversity have negative effects.  One of the arguments I've encountered from people who support management's decision to fire James Damore is that he embarrassed the company publicly, so of course they had reason to dismiss him.  But he shared his ten-page analysis within the confines of private, in-house forums encouraged by Google as a means of critiquing policy and challenging leadership without 'going public.'

In other words, in theory, he was taking advantage of a space specifically designed for this sort of thing.  People who took offense leaked what he wrote, likely in an effort to build external pressure to punish the wrong-thinker.  Wired reports that screenshots of the forums show Damore enjoyed support from a number of fellow 'Googlers,' many of whom were angry that the privacy of their forums had been violated.  Much of the media coverage of the firestorm has wrongly or lazily characterized the content of the manifesto as "anti-diversity" and a "rant" or "screed."  Reading it dispels both notions.  Agree or disagree with Damore's points, his tone is measured, and the content is presented relatively dispassionately.  These are not embittered ravings.  On the very first page, he offers a summary of his arguments:

- This silencing has created an ideological echo chamber where some ideas are too sacred to be honestly discussed.

- The lack of discussion fosters the most extreme and authoritarian elements of this ideology.

- Differences in distributions of traits between men and women may in part explain why we don’t have 50% representation of women in tech and leadership.

- Discrimination to reach equal representation is unfair, divisive, and bad for business.

And here are some passages that expose much of the subsequent hysteria as ill-informed or intentionally mendacious:

At Google, we’re regularly told that implicit (unconscious) and explicit biases are holding women back in tech and leadership. Of course, men and women experience bias, tech, and the workplace differently and we should be cognizant of this, but it’s far from the whole story. On average, men and women biologically differ in many ways...Note, I’m not saying that all men differ from women in the following ways or that these differences are “just.” I’m simply stating that the distribution of preferences and abilities of men and women differ in part due to biological causes and that these differences may explain why we don’t see equal representation of women in tech and leadership. Many of these differences are small and there’s significant overlap between men and women, so you can’t say anything about an individual given these population level distributions...We need to stop assuming that gender gaps imply sexism...

I strongly believe in gender and racial diversity, and I think we should strive for more. However, to achieve a more equal gender and race representation, Google has created several discriminatory practices. These practices are based on false assumptions generated by our biases and can actually increase race and gender tensions. We’re told by senior leadership that what we’re doing is both the morally and economically correct thing to do, but without evidence this is just veiled left ideology [7] that can irreparably harm Google...I hope it’s clear that I’m not saying that diversity is bad, that Google or society is 100% fair, that we shouldn’t try to correct for existing biases, or that minorities have the same experience of those in the majority. My larger point is that we have an intolerance for ideas and evidence that don’t fit a certain ideology. I’m also not saying that we should restrict people to certain gender roles; I’m advocating for quite the opposite: treat people as individuals, not as just another member of their group (tribalism).

Note the efforts to avoid over-generalization, the important caveats like "on average" and "in part," and the multiple explicit endorsements of diversity. Damore's core argument is (a) elements of Google's diversity-enforcement regime might be counterproductive, (b) the company's underlying assumptions on this subject may ignore important non-discrimination explanatory factors behind certain gender gaps, and (c) the ability to openly discuss complicated and sensitive issues like this is hindered by a heavy leftward and politically-correct tilt that marginalizes and stifles dissenting voices. (Google's response to this flare-up demonstrates how entirely correct Damore was on at least that final assessment). And yet this is the sort of headline that is maddeningly commonplace as "journalists" "inform" their audiences about what happened:

Google execs respond to a manifesto by one of its male engineers that argues women aren't suited for tech jobs https://t.co/oPMfK8v1YB pic.twitter.com/slQVeL7F84

When CNN's Brooke Baldwin framed Damore's thesis as, "he’s essentially saying well I don’t really like women anywhere near a computer,” Mary Katharine Ham's facial expression says it all.  It's a truly ridiculous claim that bears no resemblance to the actual memo.  To her credit, liberal commentator and free speech advocate Kirsten Powers slapped back at the media's atrocious coverage of the story:

Finally read the Google memo ... have some issues w it, but it bears no connection to the hysterical, biased media coverage of it.

Also was really distressed to learn in that memo that Google puts the worst safe spacey, coddling college campuses to shame.

I'll leave you with three pieces: First, Walter Olson's USA Today column expanding on why, yes, corporate crackdowns are a free speech threat.  Second, Sumantra Maitra's piece at The Federalist warning of the "new dark ages" and noting the profound creepiness of this episode happening at a place like Google: "Nothing could be more dystopian than the largest information, communication, and documentation hub controlling your thoughts and punishing you for wrong think."  And finally, the Wall Street Journal's house editorial upbraiding the company's handling of this matter:

Google professes a commitment to diversity, inclusion and openness, so there is no small irony that it now finds itself in the hot center of America’s diversity culture wars. The tech giant’s dismissal of a contrarian software engineer this week also raises deeper questions about the atmosphere of ideological conformity in corporate America...In a note to employees, [Google's CEO] wrote that “we strongly support the right of Googlers to express themselves,” but “to suggest a group of our colleagues have traits that make them less biologically suited to that work is offensive and not OK.” In other words, it’s OK to express views as long as they are not antithetical to Google’s political culture...Google’s leftwing biases are hardly news. Recall YouTube’s censorship last fall of PragerU’s conservative educational videos on topics such as university diversity and the Iraq war. The Google subsidiary deemed the videos “potentially objectionable.” Potentially? The Damore firing underscores why so many don’t think Google should be trusted as an arbiter of content...Many on the left are dismissing Mr. Damore as an alt-right nut. But the monolithic progressive culture incubated on college campuses clearly has spread to corporate America. The emergence of a backlash is no surprise.

The full column is worthwhile.  In a nod to the legions of Damore defenders who are appalled by his firing, but not entirely on board with every jot and tittle of his argument, the Journal writes: "[He] could have used an editor to soften his stridency and to fact-check some of his many pop-psychology claims about emotional differences between men and women."  Indeed.  But an engineer's failure to present a flawlessly-balanced and perfectly-supported argument on such a taboo topic (on a private internal message board supposedly created for this very purpose, no less) is hardly grounds for dismissal.  Or at least it shouldn't be.