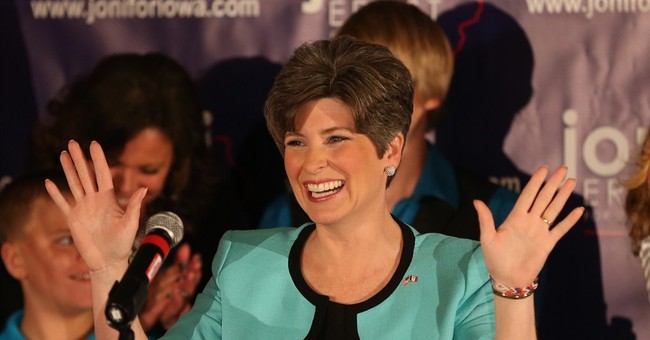 Let's revisit my Senate 2014 post from this morning by examining a batch of new polls, shall we? Let's begin with the sobering numbers for Republicans. NBC News and Marist have released fresh polls of the Colorado and Michigan Senate races showing Democrats leading by mid-single digits in each contest. According to the survey, Sen. Mark Udall is ahead of Republican challenger Cory Gardner by seven points among registered voters in the Rocky Mountain State, while Rep. Gary Peters enjoys a six-point cushion over Republican Terri Lynn Land in the battle for Michigan's open seat. (Obamacare is deeply unpopular in both states, according to the data). The Democrats are boosted by double-digit gender gaps (with Michigan women choosing a middle-aged male Democrat over the female Republican nominee), and advantages with Latinos. Oddly, the Colorado poll shows both Udall and the state's Democratic Governor leading independent voters by wide margins. Virtually all 2014 polling has shown independents breaking heavily for the GOP. These numbers out of Colorado are especially perplexing when compared to two additional new polls. Quinnipiac -- which has thus far only released its survey of the gubernatorial race this week -- has Republican Bob Beauprez leading Gov. John Hickenlooper by a point among registered voters, a far cry from NBC's six-point lead for the Democrat. We'll see if they release any Senate results in the near future. Then there's the new Gravis data, which crosses several wires:

FWIW, Gravis had pretty good results in their last poll in Colorado in '12. Had Obama up 3 weeks out http://t.co/iifdk62ujJ


This isn't exactly a keen insight, but it's going to come down to turnout. Republican-leaning voters are much more fired up to vote this year, and history shows that the president's terrible approval ratings should be a big drag on his party. Neither NBC nor the Q-Poll used a likely voter screen, which very well could tilt the results to the right. Then again, Colorado Democrats have repeatedly demonstrated their ability to turn out their victory coalition in statewide races. Republicans haven't won a major Colorado statewide office (governor or senator) in a decade. In Iowa, a brand new Senate poll shows the race knotted at 43 percent apiece -- with Joni Ernst pulling even with Democrat Bruce Braley. Iowa has never elected a woman to its Congressional delegation, and Ernst is looking to change that. If this exchange is any preview of his attitudes toward professional women, Braley may not be able to hide his contempt for Ernst during debates. Braley leads among women by seven points, with Ernst outpacing her male opponent with men by roughly the same margin. In Arkansas, a new poll shows Rep. Tom Cotton opening up an eight-point lead over incumbent Sen. Mark Pryor. It's the fourth consecutive poll showing Cotton ahead. I'll leave you with the latest (positive) ad from that Michigan race, in which Terri Lynn Land just had an outstanding fundraising quarter as she tries to stay within striking distance in a blue state: