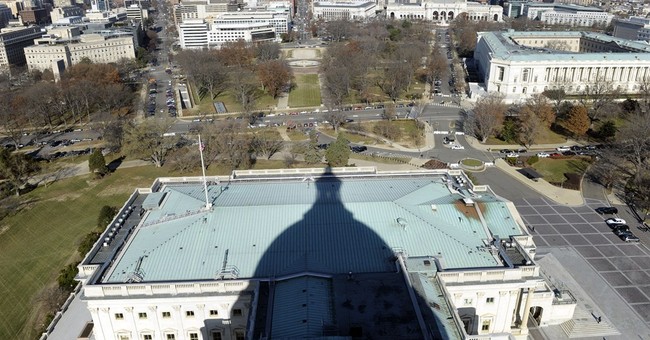 Counting chickens is a big political no-no, especially in light of Republicans' preternatural ability to screw things up, but this tastes delicious:


A leading Democratic pollster predicted a "sobering" turnout disadvantage for her party in this year's midterm elections and called on Democrats to articulate "a bigger economic agenda" this fall. "There is a huge turnout disadvantage and challenge," Democratic pollster Celinda Lake said Tuesday at a breakfast with reporters. "There is always a challenge in turnout in an off year, but it's really dramatic this time." Lake was speaking a breakfast hosted by the Christian Science Monitor. Lake and Republican pollster Ed Goeas revealed results of a new George Washington University poll that showed GOP voter intensity in 2014 outpacing Democratic intensity by seven points. The poll indicated that 64% of Republicans say they are "extremely likely" to vote in November's midterms, compared with 57% of Democrats. "I think we saw it play out in the Florida special," Lake said, referring to the GOP's special election victory earlier this month in Florida's 13th Congressional district. She called the Republican turnout machine in that race "darn effective," and said Democrats should not underestimate the GOP's get-out-the-vote operation this year.


Lake is also advising her party against running on Obamacare, urging them instead to focus on "improving" the "flawed from the beginning" law, and underscoring their support for "the little guy" in the healthcare market. Two problems with that: First, Alex Sink ran that playbook in FL-13 and lost. Second, lots of "little guys" have been utterly betrayed by Obamcare's broken promises -- on keeping their preferred arrangements, on jobs, and on costs. Democrats will need to convince voters that in spite of their party being solely responsible for the law's inept roll out, shattered pledges and systemic flaws, they're just the ones to fix it. Good luck with that. The DSCC pushed back hard against Nate Silver's assessment that the GOP has a 60 percent shot at recapturing the Senate this year, but Silver's crew followed-up with an analysis of why Democrats' prospects are likely to decline further between now and election day. One race that Silver says favors Democrats is the battle for Iowa's open Senate seat. Congressman Bruce Braley is the Democrat in the race, and he may have just stepped in a pile of pig dung:


Braley is addressing an out-of-state group of trial lawyers in this clip. He promises to do their bidding in the upper chamber -- bragging about his record of fighting tort reforms that would curtail frivolous lawsuits -- and he insults Sen. Chuck Grassley, who's earned a +35 approval rating in Iowa. How will Iowans feel about a statewide candidate who demeaned a (popular) farmer without a law degree in an unscripted moment in front of a group of rich liberal lawyers? Also, does Braley believe that several of the current Democrats on the Senate Judiciary Committee who lack law degrees are unqualified? Dianne Feinstein is first in line for the chairmanship on the Democratic side, and she never went to law school. Thoughts, Bruce? I'll leave you with an ad from one of the Hawkeye State Republicans vying to face Braley. The opening line is an attention-grabber, and probably would make a group of wealthy liberal trial lawyers squirm in their seats:

Durham Target Kevin Clinesmith Wasn’t Working for Who You Think When He Forged That Email to Spy on Carter Page
Redstate
Seattle BLM protesters to strangers: ‘Give up your house. Give black people back their homes.’
Hotair