Young Liberal: As Much As I Support Obamacare, I Just Can't Afford It 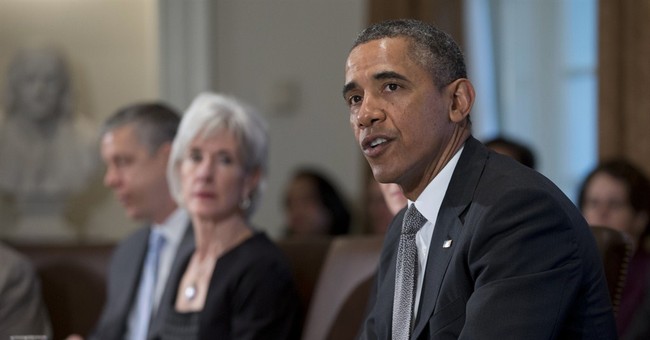 David Kurtz of the lefty website TPM -- to his credit -- published an email he received from a young reader living in New York City. The 32-year-old correspondent wrote that much to his chagrin as an ardent backer of the president and his unpopular healthcare law, he's unable to afford its price tag. He suggests that his personal situation exemplifies the broader problems the program will have attracting the participation of young, healthy people:

I'm a 32 year-old healthy male that wants, but can't afford, Obamacare. I think the law is a step in the right direction, it just doesn't go far enough to capture my peers in large numbers. Let me offer my situation: I earn 55,000 a year working in a restaurant, though I have a Masters Degree. I live in Brooklyn. I earn too much to qualify for assistance with healthcare, so my premium is $308/month. My apartment rent is $1400/month, student loans are just under $800/month, I pay around $200/month in credit card bills, $100 for a cell phone, and $50 for car insurance. Then we have food, movies, metro cards, etc, etc ... Run the numbers, where do I find room for another $308/month??? I've been off my parents insurance for 8 years. I've been to the doctor less than 5 times in those years, for a total cost of under $500. It's hard for me to justify spending almost $3800 a year on a bronze plan when that's more than 7 times what I've paid over the last 8 years! And even spending that much, I've still got a large deductible to cover. I know I'm not getting any younger, but man, these numbers are hard to swallow, much less get excited about!


Many TPM readers replied angrily, lecturing "TC" about his life choices, questioning his story and motives, and ordering him to suck it up and shell out the cash. A sample offering (content warning):


Never written in before, but I call bullshit on TC. He has plenty of money to afford health insurance, but doesn't think he needs insurance, and obviously doesn't care enough about making the program successful to sign up. Really it's no better than a Tea Party response - I don't need no stinking health insurance, and if something does happen I'll just go to the emergency room. With friends like that, the opponents of Obamacare won't have to do much at all.


Twitter's @JustKarl sums up this brand of impotent rage rather well:


@guypbenson @gabrielmalor All three categories of reaction overlook that their reactions don't eliminate TC and people like him.


Exactly. No amount of scolding and gnashing of teeth will change the fundamental flaws of this law. If Obamacare's prices are sufficiently expensive to chase away someone like TC, who is strongly ideologically disposed to sign up, corralling the attention and dollars of the ambivalent and/or skeptical masses will be a much heavier lift. Dollars and cents cannot be spun away. Reality has intruded on Obamacare advocates' fantasies. This challenge helps explain Obamacare's paltry youth participation rates to date (don't forget that actual enrollment numbers remain shrouded in incompetence and mystery), a phenomenon that undermines the law's financial model. Imagine how young people will react if this Obamacare pipe bursts within the next year. Krauthammer: