Krauthammer: A Healthcare.Gov Security Breach is a Catastrophe "Waiting to Happen" 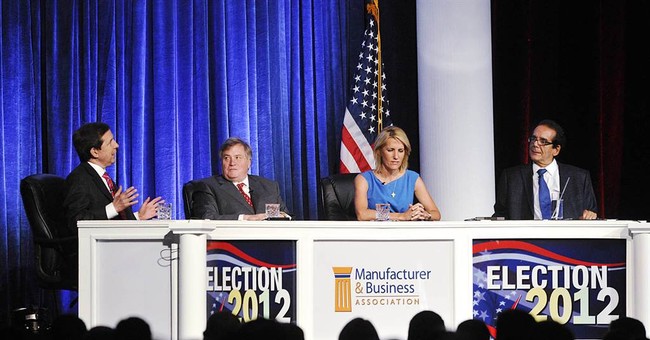 Yes, it is. A series of congressional hearings leaves little doubt that’s true; in fact, one cyber expert even testified on the Hill yesterday, per Fox News, that the website’s security measures have only worsened over time. This three and a half months after the site launched, and millions of Americans typed in their personal information. Yikes. Good thing we have House Democrats telling us to be careful, and warning us about how truly awful the website is, or whatever.

Anyway, syndicated columnist Charles Krauthammer predicts “a disaster” is on the horizon:

Charles Krauthammer told viewers Thursday on “Special Report with Bret Baier” that security problems with the Healthcare.gov website are “a disaster waiting to happen.”

His comments came just hours after three hearings on Capitol Hill in which a variety of experts testified that the site may be vulnerable to hackers. One witness even admitted the site’s security has gotten worse, not better.

Republicans expressed alarm, while Democrats argued that the hearings were meant to create a sense of fear among Americans already nervous about guarding their private information.

And yes, this is only one of many problems plaguing the president’s health care law:

“It’s got adverse selection. It’s financially unstable," he said. "Second, as we heard earlier in the show, there is no connection in the back rooms still between the healthcare.gov and the insurers. And lastly we have no idea who actually is enrolled a hundred days in. Add onto that lack of security, and you’ve got a problem.”

Re-read Guy’s post from last night. There are some eye-opening quotes in there from several experts discussing Healthcare.gov’s security deficiencies. He posits, too, three conceivable reasons why we haven’t heard really anything about widespread identity theft yet. Door Number 3 sounds about right.

UPDATE: Video added (via The Corner):