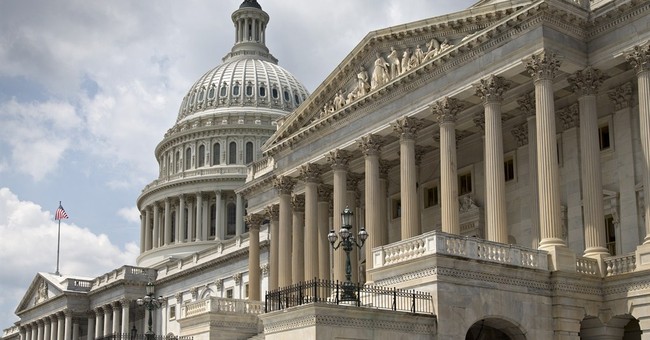 When this TV spot targeting New Hampshire Democrat Sen. Jeanne Shaheen first dropped, the Washington Post's Chris Cillizza quickly dubbed it "the ad every Democrat should be scared of in 2014." Dr. Monica Wehby -- a Republican medical doctor vying to challenge Sen. Jeff Merkley in Oregon -- is up with a new web ad that raps her would-be opponent on the same theme:

"If you like it, it will absolutely be there," Merkley assured consitutuents in 2009. Except...it won't for approximately 4-to-6 million Americans, and counting. The Wehby video drives this point home with testimonials from average people, as well as a citation of Politifact's 2013 Lie of the Year determination. Merkley isn't widely viewed as one of the Senate's more vulnerable Democrats, but he's certainly behaving like a jittery incumbent. If he ends up facing a bright, female opponent with the letters "M.D." after her name in the general election, he may face some tough sledding -- especially if she keeps the spotlight on Obamacare. In Oregon, the Democrats' signature law has been beset by a particularly egregious number of technological and data security embarrassments. For more analysis of the 2014 Senate landscape, be sure to check out my feature piece in the current edition of Townhall Magazine. Elsewhere in Obamacare news, customers are still coming to grips with the law's increased out-of-pocket costs and higher premiums. Jim Geraghty aggregates a few early 2014 stories about consumer and taxpayer headaches. "Affordability" in New Jersey:


It didn't wait for Shaniquah Irein to get health insurance via the overwhelmed HealthCare.gov federal portal. Irein, 26, had tried by computer, then telephone, as late as 11:55 p.m. Christmas Eve, but couldn't get though to sign up for Obamacare. Having endured a wicked sore throat for days, Irein went to an urgent-care facility Wednesday prepared to foot the bill for a doctor's visit herself. "I'll just have to pay out of pocket," she said, handing a credit card to the receptionist at the Doctors' Office Urgent Care in West Caldwell. She lost her health insurance when she lost her retail job four months ago…For Patrick Delahanty, a Park Ridge man visiting the Paramus location of the Doctors' Office for an earache, the law will mean a $50 monthly surcharge to stay on his wife's comprehensive plan instead of the one he's offered at work. Yet even that policy has changed so that there are larger copays. "We had good insurance, and now we don't," he said. "We don't have the same plan anymore because the price tripled." ... Dominic Tomaio of Montville is a self-employed divorce attorney whose small firm had been notified its policy would be canceled because it didn't comply with the law. He and his partners ended up getting a one-year reprieve, courtesy of President Obama's last-minute policy change. But the firm had to switch the insurance it offers the staff because its cost was scheduled to rise 70 percent.


People signing up last minute shared frustrations online. Looking at MNsure's Facebook page, frustrated comments came in from people claiming to have been on hold for more than three hours and then hung up on. Others complained the website was still not working.


A taxpayer "surprise" in Delaware:


Delaware taxpayers appear to be on the hook for millions more in Medicaid spending next year, despite Gov. Jack Markell’s plan to expand access to the program under the Affordable Care Act that was intended to save the state money. Officials in Markell’s administration say they were surprised this fall when the federal government signaled it would shift some Medicaid costs back to the state. The move was triggered by a technical change in the way federal economists calculate personal income, and could cost the state an unexpected $25 million.


Expect these "unexpected" developments to plague the states that chose to expand Medicaid -- which is already an empirical failure -- through Obamacare. Meanwhile, we already know that millions fewer Americans are insured today than were covered last year, due to the first round of dropped coverage. (Recall that this law was intended to reduce the ranks of America's uninsured while lowering premiums and reducing overall healthcare spending). Of the roughly two million who have supposedly "selected plans" through the exchanges -- still dramatically short of the administration's targets -- how many have actually obtained coverage? This process requires receiving confirmation from one's insurer and paying the first month's premiums. The administration can't or won't say, but various reports suggest that the percentage of paid-up consumers is hovering at 50 percent or lower. The payment deadline in order to receive coverage in January has been bumped back from December 23rd to December 31st to January 10th. Who wants to bet another delay is in the pipeline? I'll leave you with Phil Klein explaining why the White House's enrollment numbers are garbage:


Later in the call, CNN's Jim Acosta asked Bataille if she could at least say with confidence that a "very high percentage" of those 2.1 million had paid. Instead of answering in the affirmative, Bataille said, “We are confident that those consumers have selected a plan and know what the next steps are for them in terms of securing coverage.” During the call, Bataille also declined to provide a demographic breakdown of those who have selected a plan so far or say how many of the 2.1 million signing up for insurance were previously uninsured. Demographic information is important, because it is vital for the exchanges to attract a critical mass of young and healthy enrollees to offset the costs of covering older and sicker participants in the program.


WaPo's lefty Wonk Blog told its readers that raw enrollment figures really aren't that important compared to each exchange attracting a sustainable percentage of young, healthy participants. Now that the latter proposition is looking rather iffy, Wonk Blog has decided that it really isn't so critical after all.