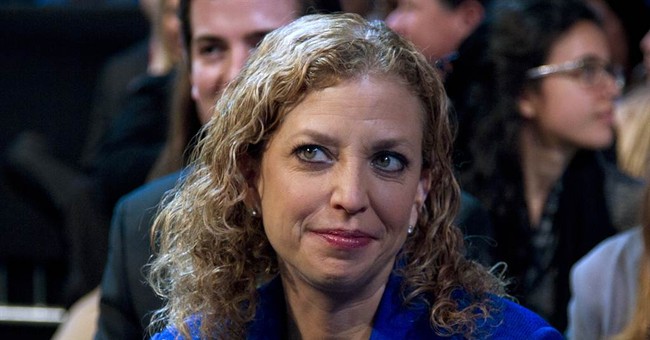 
Ever since Jay Carney twisted himself into a rhetorical pretzel to avoid an outright rejection of additional future delays, the tide has slowly begun turning. The murmurs began with New Hampshire Sen. Jeanne Shaheen, who's up for re-election next year, then spread to at least a small handful of Pelosi's caucus. Here's one:


“If the problems are intense as they are this morning, then maybe we would have to consider a short delay in terms of the individual mandate,” New Jersey Democratic Rep. Bill Pascrell, a member of the Health subcommittee of the Ways and Means Committee, said on Wednesday.


Those who aren't openly endorsing another round of postponements just yet are heavily hinting that they may have no choice but to come around to that position sooner rather than later:

Rep Rick Nolan (D-MN) on CMS officials talking to Hse D's about health care site: What I heard this morning was not the least bit reassuring


(As an aside, these CMS/HHS Obamacare briefings were not available to Republican members. That will change in the near future, according to Speaker Boehner's office, following a GOP outcry). Even DNC Chairwoman Debbie Wasserman Schultz is beginning to grapple with reality:

Hey, what's wrong with just extending the open enrollment period for awhile longer? Several things, actually. Megan McArdle explains why these (and several other) proposed "solutions" are at best illusory, if not counter-productive:


6. Delaying the individual mandate: As with the last nonsolution solution, this solves a problem for individuals but destabilizes the insurance market as a whole. If it’s a tedious pain to buy insurance, the only thing standing between us and a death spiral is the fairly hefty penalty that folks who don’t buy it may have to pay. Delaying the individual mandate makes the problems created by the malfunctioning exchanges worse -- which, I reiterate, will ultimately mean more uninsured people, not fewer. This is a terrible idea, which is being seized upon by the administration and Republicans not because it makes any sense, but because it is politically expedient. It is the responsibility of policy analysts and informed voters to stop them before they irreparably damage the market for individual insurance. 7. Extending the open enrollment period: This idea has a number of big problems. For starters, it’s probably not legal. Also, it’s useless without extending the individual mandate: Who wants to find out that they’re liable for both insurance premiums and the penalty for being uninsured? But it would also be very, very bad for the insurance market. I pointed out a while back that one conservative talking point -- that people can just wait until they get sick, and then buy insurance -- is incorrect. It’s incorrect because we have an open enrollment period: If you get sick in April, you have to wait until next January to get insured again. Oh, you can game it a bit (if you move to a different state, for example, you become eligible to buy insurance outside the open enrollment period). Even so, this provides a pretty powerful incentive to get insured and stay insured: After all, how many people can easily switch states? But if the open enrollment period is extended, then suddenly it makes total sense to wait, especially if the individual mandate also gets delayed. And who’s most likely to wait? Say it with me: young, healthy people who rarely go to the doctor -- exactly the people we need to get into the system immediately to keep it financially stable.


Item six is why Marco Rubio's proposal is fantastic politics, but not a realistic policy prescription. On item seven, two quick points. First, as someone who's deployed the "conservative talking point" McArdle slaps down, I'd like to extend my remarks: Conservatives' argument about young people choosing to pay the fine is not that they'd be totally off the hook if something went wrong. The idea is that many young people will take the relatively reasonable risk of choosing to pay the low mandate tax fine, rather than signing up for expensive insurance. It's relatively reasonable because young, healthy people are statistically unlikely to suffer a serious health event. But if that gamble were to go terribly wrong -- let's say a hypothetical young man gets sick or has an accident -- hospitals are still required to treat him. This is called "uncompensated care." Yes, he might end up getting stuck with a large one-time bill, and yes, that could present real financial hardship. But if that health crisis results in a pre-existing condition, that young man would then be able to turn around and enroll in Obamacare during the next open enrollment period. Rather than overpaying for coverage (which he initially opted out of), the new law would force insurers to let him underpay for it. This scenario plays into the adverse selection problem that contributes to the "death spiral" problem McArdle and others are so worried about.

Second, since DWS embraced this "plan" on national television, does that suggest that she is clueless as to its harmful consequences? Remember, she's not a random rank-and-file member; she's chairperson of the party that owns this law. The only way to address these deeply ingrained flaws in a responsible and equitable manner is for Congress to delay virtually the entire law. Is that likely to happen? Only if Democrats find themselves in truly desperate straits -- which they very well may, and soon. This course correction would require taking an immediate off-ramp from Obama's fantasy freeway. The crisis rubicon looms in mid-November. The Obamacare website won't be fixed by then. Your move, Democrats. Republicans have already offered a clean delay of the law, and you said 'no.' Indeed, you sustained the recent government shut down to say 'no.' Meanwhile, Nancy Pelosi has already put the kibosh on DWS' idea; plus, pushing back the individual mandate tax without addressing guaranteed issue and community rating is a recipe for disaster. Democrats either have to wade through the current morass -- forcing people to buy coverage they can't easily obtain, and possibly hastening to the death spiral -- or they have to hold their noses and allow Republicans to block almost all of the law from going into effect, probably for at least one year. Decisions, decisions.

UPDATE - Oh boy, the drip has become a steady stream: "The Obama administration may give Americans extra time to sign up for health insurance under the Affordable Care Act, postponing when penalties for failing to buy coverage will go into effect, MarketWatch has learned." Democrats are "divided," according to ABC News. Will Obama spare them the trouble of actually voting (as the law requires) and just do this unilaterally, as he did with all the previous delays?