Democrat Strategist on Syria: Hey, At Least We're Not Talking About Obamacare 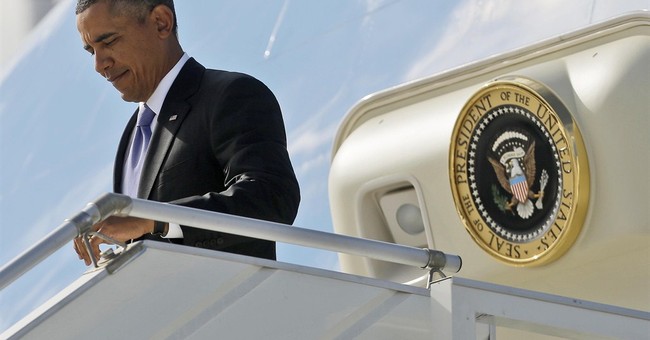 This isn't quite a "wag the dog" admission.  It's more of a "thank goodness we're talking about something other than our widely-loathed healthcare law as it rolls out, even if that something is a war."  And an unpopular war at that -- both on Capitol Hill, and with the public writ large.  That's how badly some Democrats are itching to change the subject from their "Affordable Car Act" disaster.   Quite the far cry from "owning it," wouldn't you say?  Via the Washington Examiner:

White House plans for a health care messaging blitz ahead of Obamacare’s rollout have been overshadowed by the president’s call to strike Syria, distracting the administration from its plan to focus attention on a litany of domestic issues.  The White House is initiating an all-hands-on-deck approach to selling the polarizing overhaul, with President Obama, Cabinet members and high-level surrogates expected to talk up the benefits of the Affordable Care Act in coming weeks.  But a high-profile speech on Wednesday from former President Bill Clinton, who Obama once dubbed his “Secretary of Explaining Stuff,” to tout the healthcare law’s reform largely went unnoticed as lawmakers held contentious hearings on possible military action against Syria...Some Democrats, however, downplayed the lack of attention on the health law.  “Politically speaking, it’s not the worst thing,” a veteran Democratic strategist, given anonymity to speak candidly about Obamacare, said. “Recently, the focus on health care has done more harm than good. I’m highly skeptical that a new PR blitz, even from the likes of President Clinton, will do much."  Many Democrats are concerned over polls which show the public does not understand many key aspects of the law and fear that a troubled rollout could hurt them in 2014.


That's right: "Politically speaking," some Democrats would rather talk about the Obama administration's incoherent push for war in Syria than the president's signature accomplishment, for which their party is solely responsible.  Bravo.  (Speaking of Syria, the instances of hypocrisy and hackery piling up on the Left are too plentiful to comprehensively enumerate).  The Examiner describes the implementation of Obamacare as "troubled."  Regular readers are aware of why that's a gross understatement -- see, for instance, this post from yesterday.  Reutersrevisits the pattern of technological glitches that have dogged the government exchanges that must, by law, be up and running in a matter of weeks.  "Troubles" persist (via Erika Johnsen):

Technical glitches still plague the display of new healthcare plans to be offered to millions of uninsured Americans starting in 26 days, including how medical charges and deductibles are listed, industry officials say…Although the signing of agreements with insurers is a mere two days behind the original schedule, it led to speculation that there were serious technical snags. Late last week a conference call between the government’s information technology contractors and insurance industry representatives revealed some of those problems, which centered on how information about health plans, such as charges for medical claims and deductibles, was displayed on a “preview” website, according to people with knowledge of the call.  An official from Florida Blue, a large insurer, was concerned that a health policy it plans to sell on the state’s exchange would mislead customers: The preview website showed no charge at all for some medical services, rather than no charge after a deductible is met.  An Aetna staffer was frustrated that policies the company once intended to sell in Ohio, but withdrew, were still showing up in the preview site. Delta Dental of Wyoming reported that its plan was showing zero deductible in policies that cover parents plus children.


According to a new poll, Obamacare is just as popular as ever.  By a 58-13 margin, Americans expect the law to make their health costs more expensive, rather than less so -- and only 31 percent say the law will be good for their families.  Fewer than one in five Americans believe the law will increase the quality of their healthcare.  Never mind all that, say Democrats.  Let's talk about arming the Syrian rebels -- the good ones! -- instead.  What could go wrong?