Ginsburg Backs Down from Kaepernick Criticism 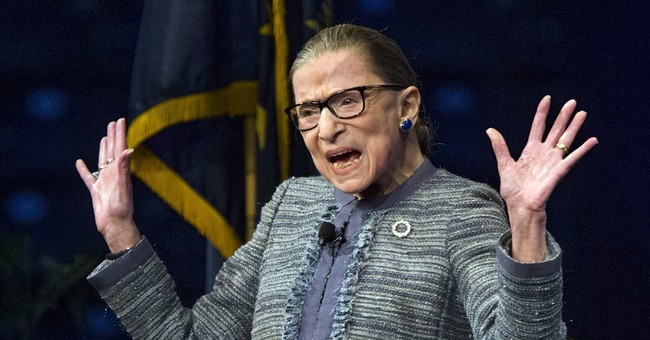 “Notorious R.B.G.” has backed down.

Last week Ruth Bader Ginsburg spoke out criticizing Colin Kaepernick’s national anthem protest. While she affirmed that Kaepernick was well within his rights to protest, RBG minced no words when she said: “I think it’s dumb and disrespectful...I would point out how ridiculous it seems to me to do such an act.”

Her statement was shocking since many on the left have praised Kaepernick’s protest.

“It is disappointing to hear a Supreme Court justice call a protest against injustices and oppression ‘stupid, dumb’ in reference to players doing that.

Ginsburg expressed regret for that statement today, and felt that she should have “declined to respond” to the question instead. From CNN:

"Some of you have inquired about a book interview in which I was asked how I felt about Colin Kaepernick and other NFL players who refused to stand for the national anthem," Ginsburg said. "Barely aware of the incident or its purpose, my comments were inappropriately dismissive and harsh. I should have declined to respond."

Ginsburg also backed down from calling Trump a ‘faker’, saying, “Judges should avoid commenting on a candidate for public office. In the future, I will be more circumspect.”