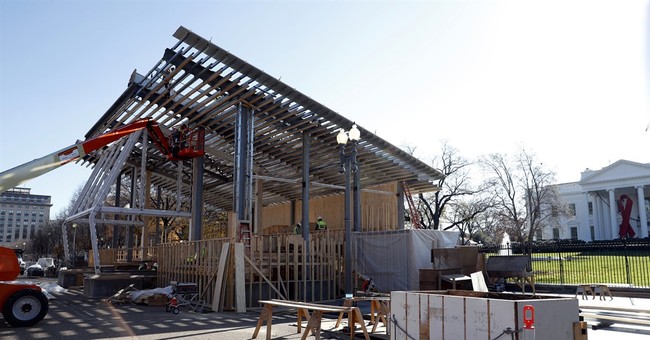 On Friday, Donald Trump’s Presidential Inaugural Committee released the list of groups that have agreed to participate in the inaugural parade. Among them is the marching band from Talladega College - Alabama’s oldest private, historically-black liberal arts college. However, that may soon change.

"We were a bit horrified to hear of the invitation," Shirley Ferrill, who graduated from Talledega in 1974, told the Associated Press.

"I don't want my alma mater to give the appearance of supporting him,” she explained. "Ignore, decline or whatever, but please don't send our band out in our name to do that."

According to CNN, Ferrill started a petition demanding the band “withdraw from any inaugural events for Donald Trump.” As of Tuesday night, the petition had over 900 signatures.

Another alum, Nikky Finney, who graduated in 1979, also denounced the band’s involvement, according to NPR.

”The news that Talladega College has forgotten its steady and proud 150 years of history, by making the decision to not stand in solidarity with other clear-eyed and courageous people, academic institutions, and organizations, protesting the inauguration of one of the most antagonistic, hatred-spewing, unrepentant racists, has simply and unequivocally broken my heart today,” he said.

“They [historically black colleges] have the moral right and responsibility to say 'no thank you,' especially when the blood, sweat, and tears and bodies, of black, brown, and native people are stuffed in the envelope alongside the RSVP,” Finney continued. "This should have been a teachable moment for the President of Talladega College instead it has become a moment of divisiveness and shame.”

The band’s decision to participate in the parade sparked a heated debate on the college’s social media pages, as well.

School spokesman Greg Wilson told CNN that College President Billy C. Hawkins will announce an official decision on whether or not the band will remain on the list later today.