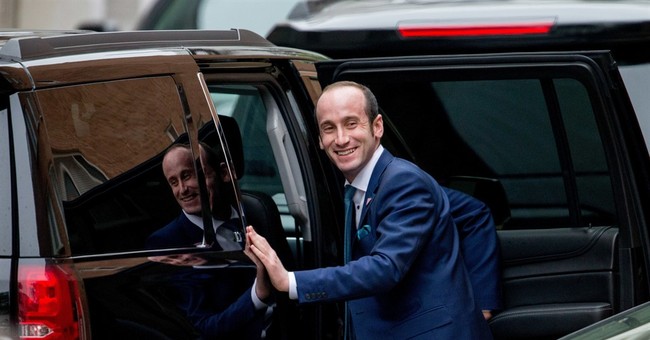 Miller wrote a number of Trump’s campaign speeches in 2016, most notably the address he gave to the Republican National Convention in Cleveland when he accepted the party’s nomination.

According to Politico, Trump and his team have already begun working with Miller to draft the speech.

“Early discussions of the address have focused on laying out some of the structural problems facing the country, and then framing Trump’s first-term agenda in more nationalistic than ideological terms,” writes Politico’s Shane Goldmacher.

The speech will touch upon the nation’s education system, infrastructure, border security, the state of the military, the economy and the outsourcing of jobs.

Christopher Ruddy, the CEO of Newsmax Media, told Politico that Trump will be “the most impromptu president anyone ever can remember. I think that this speech would be an opportunity to share not just his ideas but his style and his approach.”

“I have heard that they want this inaugural to be different and reflect the fact that he would be the first citizen president,” he added.

“Steve’s a machine,” he told Politico. “I’ve literally seen him knock out three speeches in a day.”