From Space Race to Space War 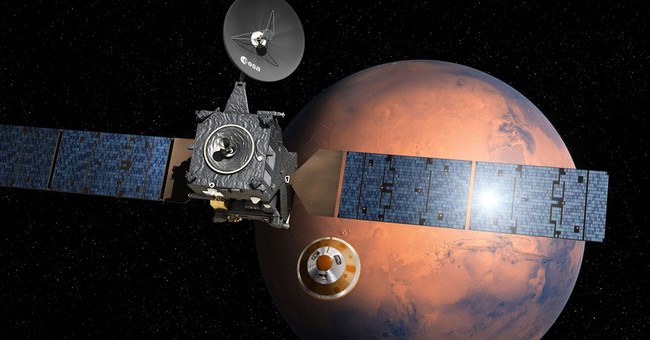 In the 1950s, the U.S. raced to dominate space - to launch objects, and people, into the unknown - hoping to show off its technological superiority. In 2016, we’re preparing for a space war - and unfortunately we’re falling behind.

Rivals of the U.S. have already developed, and deployed, weapons into space. With these weapons, they can launch a massive cyber attack our country.

According to CNN, such an attack would “disable and destroy our satellites in space, televisions would go blank, mobile networks silent, and the Internet would slow and then stop.”

The destruction wouldn't end there.

“Dependent on time stamps from GPS satellites, everything from stock markets to bank transactions to traffic lights and railroad switches would freeze. Airline pilots would lose contact with the ground, unsure of their position and without weather data to steer around storms.

World leaders couldn't communicate across continents. In the US military, pilots would lose contact with armed drones over the Middle East. Smart bombs would become dumb. Missiles would sit immobile in their silos. The US could lose early warning of nuclear attacks for parts of the Earth.”

In other words, the U.S. could be sent back into the dark ages. While unlikely to occur anytime soon, the threat is still there.

Gen. John Hyten, head of US Strategic Command, told CNN, "We have very good surveillance and intelligence capabilities, so we can see the threats that are being built.”

Russia has the "Kosmos 2499" which can disable and destroy American satellites, and China has the “Shiyan” which is capable of pulling satellites out of orbit.

Fortunately, Hyten also told CNN that the U.S. is “developing capabilities to defend” the U.S. However, those mechanisms are only in the conceptual phase.

In fact, Gen. William Shelton, former head of Space Command, told CNN that the U.S. is not developing the necessary technology fast enough to defend itself against a space attack. “Could we provide active defense of our own satellites? The answer's no,” he said.