The Media Is Coercing America into Ditching Trump. But These Voters Aren't Buying It. 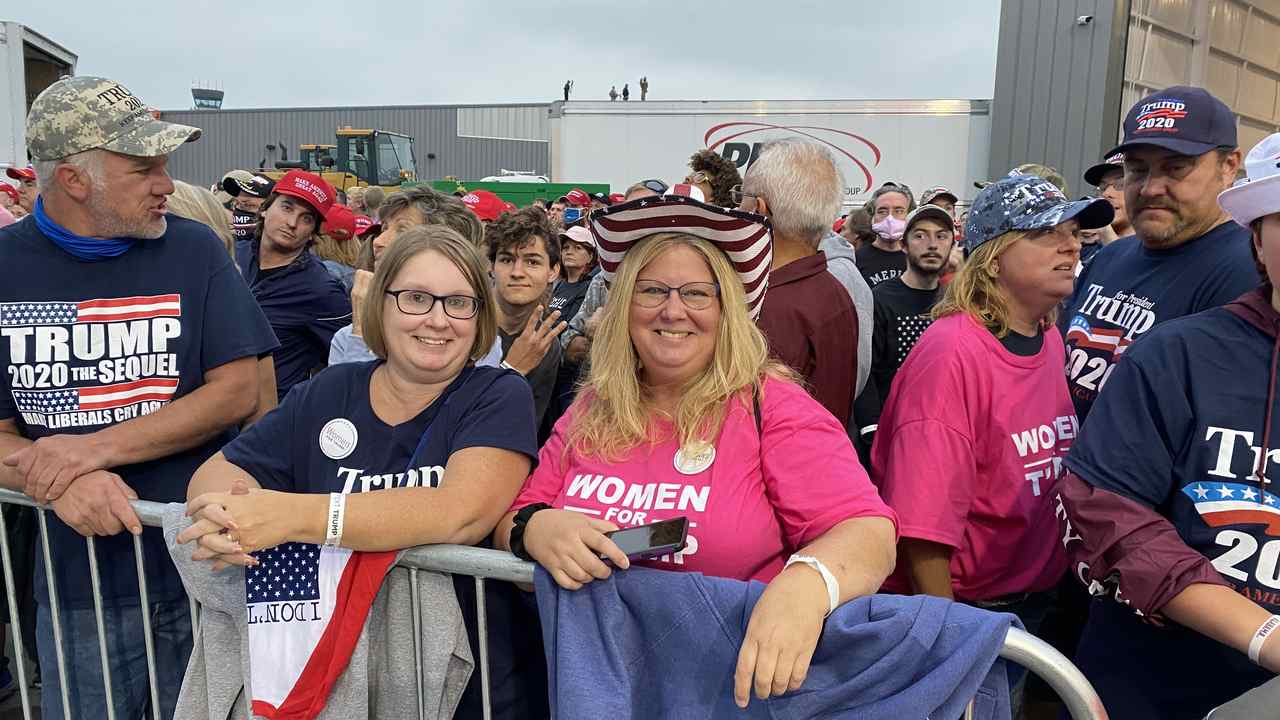 Let's face it: The mainstream media outlets in print, television, radio, and online are in an all-out war to ensure the president of the United States does not get re-elected. They have proven time and again that they are more than willing to ignore major stories and flat-out lie about others in order to make America feel as guilty as humanly possible about supporting the president.

This week, the media went above and beyond even their basement level standards in order to manipulate the public about their president. Fox News's Chris Wallace and John Roberts, both frequently hailed as "non-partisan" members of the press, went out of their way to ignore multiple remarks made by President Trump denouncing white supremacy in order to make people think he hasn't. Even when presented with the very evidence they claim doesn't exist, they both failed to directly apologize for lying.

It can be easy to be dissuaded by the neverending stream of lies and outright attempt to sway the direction in favor of Democratic candidate Joe Biden by making the entire country think that Trump is a lying racist, responsible for COVID-19, broke, a hater of the military, or any combination of those things. With almost all of the media so unified against the president, what could possibly give confidence back to the people who want Trump to win?

"He tells it like it is," said Veronica at a recent Trump rally in Harrisburg, Pennsylvania. This was days before the president and First Lady Melania Trump tested positive for COVID-19, and spirits at the rally were unbelievably high.

The president's candor has always been the most common response when I have asked his most ardent supporters why they don rhinestone adorned Trump hats and drive hours to see him from hundreds of feet away at an airport tarmac.

Personally, I felt nervous at the rally. The crowd was great but there, on the media risers, were the very faces and network names that spend unrelenting effort to defeat the very man the crowd was cheering for. To me, they felt like a mighty force of division.

But to Veronica and her friend Jody, their presence was just funny. I had to assure them from the get-go in our conversation that I was not associated with the "Fake News Media," who they absolutely refuse to talk to. In fact, as I was interviewing Veronica and Jody, I saw camera crews from a few of those networks refused interviews on multiple occasions.

The president arrived in Air Force One in dramatic fashion to the Harrisburg International Airport. And it wasn't just the president's personal plane touching down and taxing directly in front of his fans and supporters, he had just come from the Rose Garden after announcing Amy Coney Barrett as his third choice for the Supreme Court. People really enjoyed that fact.

I operated for years thinking "he tells it like it is" meant that he had an outsider's voice, a refreshing "anti-bureaucratic" style that made people feel at ease, and at least partially, that is true. But the meat of the sentiment is that people know when they're being manipulated and right now they know beyond the shadow of a doubt that they are being coerced by the media into giving up on Trump and allowing socialism, the Green New Deal, critical race theory training, and Marxist rioters into the fold of everyday American life.

"What do you think of the troubling poll numbers?" I asked Veronica. She laughed, "The polls are wrong." Naturally, she said, she wouldn't speak to them if they deigned to call her.

It doesn't matter how well the media dresses it up or ties a bow around it or continues to call Trump a bigot. His supporters, who are vast, and greatly unwilling to talk to pollsters and the media, know when they're being had.