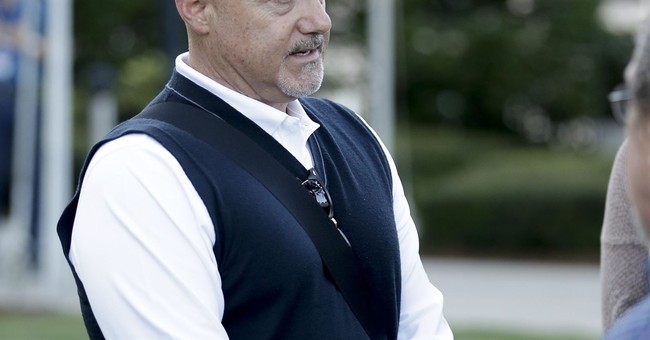 Rizzo had been in a luxury suite alone at Truist Park in Atlanta during a game between his club and the Braves. With no fans in the stadium, Rizzo's inflammatory remarks were easily heard by the umpire crew and the players during the 3-10 Nationals' loss on Sunday.

According to West, Rizzo's behavior from the luxury suite had gone too far. Home plate umpire Hunter Wendelstedt erupted in the seventh inning after a remark by Rizzo could be heard by the players and crew inside the silent stadium.

"You're out!" Wendelstedt screamed while pointing at Rizzo. Confused broadcasters weren't immediately sure what had happened and showed Rizzo alone in his suite, but not wearing a mask. Commentators speculated that the MLB policy to wear a mask at all times while in the stadium had been violated.

Update: Mike Rizzo was officially ejected for yelling at umpires from a luxury suite. https://t.co/HDD2kTMwFr https://t.co/nt0eAH3mDo

But, no, West said. Rizzo had crossed a line in decent behavior from ball club officials and it was time for him to go.

"We informed the office that if it continued, we'd stop it," West told the Associated Press after the game. "And we did." West, 67, has been an MLB umpire since 1976 and currently serves as the Major League Baseball Umpires Association president. He holds the record for most seasons umpired in MLB history at 40. He is on track to beat the record for most games ever umpired next year.

West went further to say that his ejection of Rizzo wasn't personal, but with the pandemic, every word could be heard and action needed to be taken.

"Enough is enough," West said of Rizzo's rhetoric. "He was saying, 'You're brutal' and other things. We're in a pandemic situation, you can hear everything."

West would have kicked out anyone for doing the same thing, he said, even the president.

West is revered as an umpire in the National League for his tough game calls and leadership of one of the most stringent umpire crews in the game. His assertion that he would vote for Donald Trump's reelection could ruffle feathers in professional sports, however, as the MLB, the NBA, the NFL, and others have been vocal in their dislike of the president and have gone above and beyond to placate members of the extremist left-wing organization Black Lives Matter.

Further dispelling the rumor that Rizzo was ejected because he didn't wear a mask in his luxury suite, West said in July that the virus didn't trouble him much at all.

"If this game hasn’t gotten me by now, no virus is going to get me,” West said. “I’ve weathered a bunch of storms in my life. I’ll weather another one."