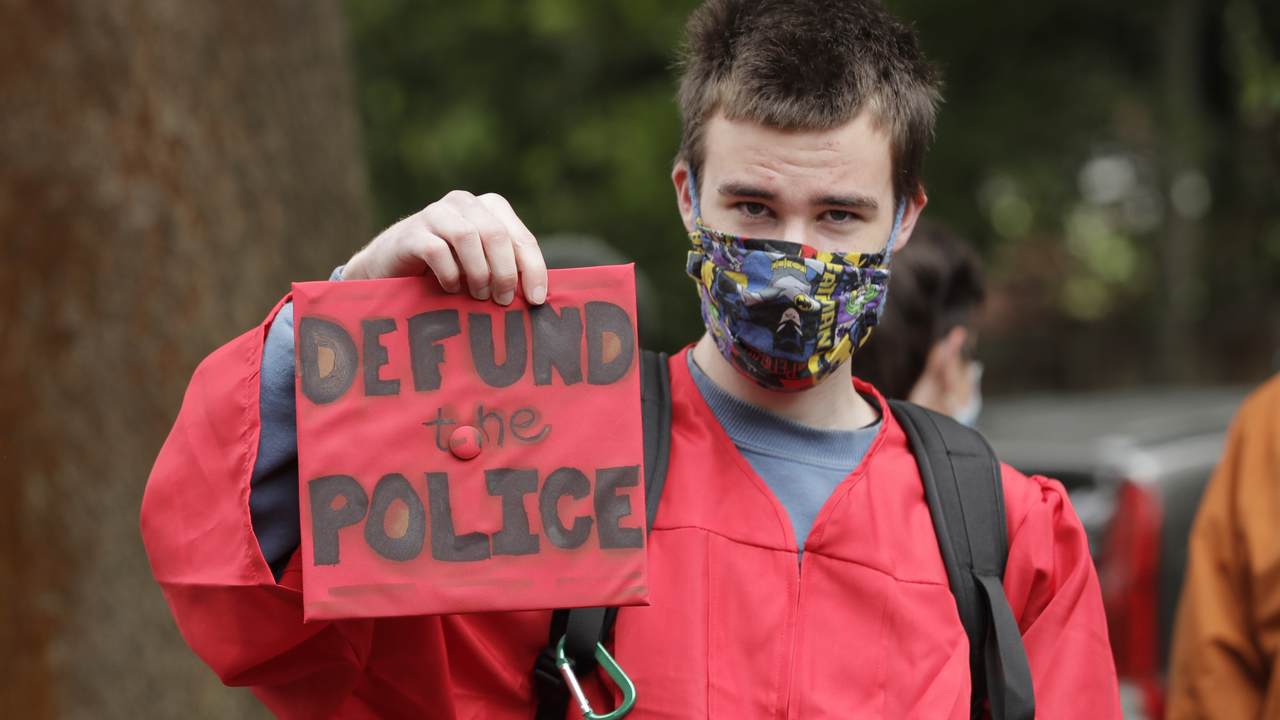 Almost every major American city has been touched by violence, destruction, looting, and spikes in homicide rates as civil unrest has ripped through the nation. Long gone is the notion that peaceful protesters in search of racial justice are unfortunately infiltrated by unruly criminals; the criminals are now running the show, unquestionably. Businesses and families living in these cities are well aware of this.

In recent weeks, that violence has come to Chicago, Portland, and now Kenosha, Wisconsin, a small midwestern city with fewer than 100,000 people.

As businesses burn, windows remain boarded up, and droves of gas-mask wearing anarchists descend onto their neighborhoods, residents aren't blaming the police; they're wondering where they are.

Each night, more footage is shared of gut-wrenching destruction of property and masked perpetrators of mayhem shouting "white silence is violence" and "no justice, no peace." But those cries for justice, without a means to achieve it, ring hollow to the people living in the neighborhoods being destroyed.

As liberal cities across the country vote to siphon millions, if not billions, of dollars away from police departments with no concrete plan about how to maintain safety, neighborhoods with the highest crime rates are legitimately worried.

"I don't see how defunding the police is going to help anything in Englewood," Keith Harris of Chicago's south side told the Wall Street Journal. "I'm the last person who would be a police cheerleader, because I've had my own run-ins with them," but, he added, "what are you going to do when they're not there to protect you?"

Following a police-involved shooting in Englewood earlier this month, community leaders gathered to boot out the 75 Black Lives Matter protesters that arrived in their neighborhood to wreak havoc. The violent crime in their neighborhood, said Englewood Political Task Force Darryl Smith, was a problem long before the narrative-fitting shooting grabbed their attention.

"Y'all don't come out when a kid gets shot!" Smith shouted to the protesters. "Y'all come out when it's got something to do with the f------ police."

Chicago black community activists scold Black Lives Matter protesters and ask them to leave, asking them where they are when kids have been killed?pic.twitter.com/YeLWwUu3q8

Baltimore GOP congressional candidate Kimberly Klacik has campaigned heavily on the notion that the residents of her city are not the monolithic progressive stronghold they are portrayed as. In a head-turning video with more than 10 million views, Klacik walked through West Baltimore to actually talk to the people living there. She asked them whether they believed the police should be defunded.

"I had three sons killed in Baltimore City, and I think if we defund the police officers it's going to be worse than that," said one resident.

"If the police are wrong, we hold them accountable," Smith said of the Englewood relationship with law enforcement. "If they're right, we work with them."

Protesters continuously name the victims of police shootings in their chants, on their signs, and on social media. But the families of those victims, the people truly mourning their losses, have almost all pleaded with the protesters and violent rioters and looters to stop what they're doing, as Leah reported earlier.

Business owners in Englewood also bemoaned the efforts of protesters. Living on the edge and wondering when riots and looting might return to their street, some have opted to board up and wait for more peaceful times. Others say their only complaint with the police department is that they don't show up until after it's too late.

"The only problem with the police is that they don't show up," Humberto Leon told the WSJ. Leon owns a t-shirt shop in Englewood. Other business owners were willing to have a conversation with the anti-police protesters but wanted to know what the backup plan was. So far, there hasn't been one.

Others point to the financial implications of removing police funding from their neighborhood. Already poor communities with low tax revenue don't have a lot of choice in what happens to the small budgets allocated for their communities.

One resident of Engelwood, Eddie Ferrell, said defunding the police was a bad plan, but he had a suggestion for anyone who truly wanted to assist the neighborhood.

"Not only do you lose the little bit of protection you have, but you don't get to allocate where the money goes. If people really wanted to help Englewood, they'd come down here and live," Ferrell said.