With New York City in Crisis, Mayor De Blasio Has Got to Go 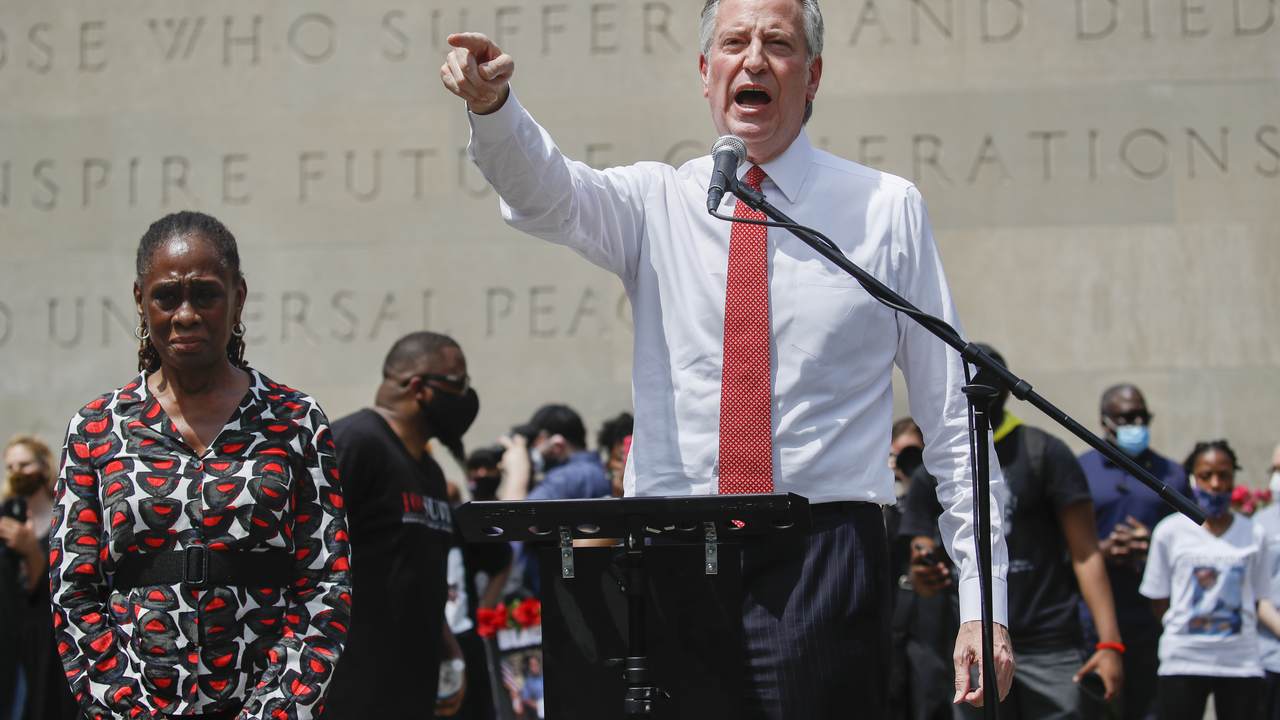 The Democratic mayor of New York City has led his constituents into a circumstance involving multiple crises, including widespread violence, murders, looting, economic devastation, and abandoned school children. Now is the time for him to end the damage he has wreaked on the nation's most populous city by vacating Gracie Manor.

For the last six years, de Blasio and his merry band of misguided advisers, including his leftist activist wife Chirlane McCray, have steered the Big Apple from prosperity, safety, and cultural affluence to its dilapidated status of the 1970s and 1980s.

Embracing every ideal of the most radical factions of the progressive Left, regardless of the safety, values, and priorities of the people of New York, de Blasio has driven the city into peril in only six years. Now amid a global pandemic and civil unrest, Hizzoner's incompetence has achieved international attention.

De Blasio has always been bad for New York, but prior to 2020, he governed the city as the voters expected him to. He pushed policy that harmed small businesses like inflated minimum wage mandates, and strict regulations that cost businesses more in fees to the city. He has advocated against school choice, supported the radical, Marxist Green New Deal, and engaged in general liberal buffoonery expected of him. But hey, they picked the guy.

Now it's something different. De Blasio has elevated himself to an office not previously defined in this country and certainly not requested by the people who elected him. Though he is now notorious for his baffling and incoherent response to the Chinese Coronavirus in March, in no time, he saw his opportunity to seize power. And he took it.

Coming off of an embarrassing attempt to run for president while fully abandoning the city, de Blasio first treated the threat of a pandemic as just something annoying he'd heard that day. He advised New Yorkers to continue living their lives as normal. He kept the schools open way too long. But then he flipped, and he flipped all the way. As the full might of mayoral power included in the state emergency declaration became apparent to him, he anointed himself as the almighty ruler of New York City whose will would be tested only at the peril of his detractors.

With the blessing of the vague emergency allowances, de Blasio is free to be the king of New York as he appears to have always desired to be. But rather than ruling as a reluctant monarch interested in leading his people through a dark and dangerous time, he sits on his mayoral throne as a teenaged prince, eager to taunt his many enemies and besmirch those who dare criticize him.

This de Blasio has given up any facade that he abides by the Bill of Rights or works in the interest of restoring safety and vibrancy to the streets of the city. He openly chides the Jewish and Christian residents of New York, frequently singling them out for violating the draconian and senseless rules about attending church and playing in playgrounds.

But as bad as his pandemic response and anti-Semitism has been, it's his response to violence and death in New York that should immediately end his time as mayor. This city has seen violence before. It's seen death, destruction, vandalization, savagery, and ruin. But it has recovered, only through the able leadership and strong anti-crime policing. De Blasio is simply not up to that task.

Protesters, rioters, and Marxist groups bent on destruction and ending police have entrenched themselves in the Big Apple. They camp illegally in the streets and parks, they harass anyone they see wearing the insignia of the NYPD, and they demand a type of reform that would utterly destroy the city and the nation. With Mayor de Blasio, they have a weak-willed submissive who is all-too-eager to placate them.

New York needs leadership, not submission. As violent crimes exponentially increase across the city, children are shot dead in the street, and all attempts at maintaining order are thwarted, de Blasio has chosen his side. He has chosen the side of chaos and anarchy, a system that rejects his class, his position, and even his race. He was even booed at a Black Lives Matter rally in Brooklyn, but that didn't stop him from stripping the NYPD of $1 billion and a 600 officer-strong anti-crime unit as the city disintegrated into murder and mayhem.

What kind of mayor in an American city, in the land of freedom, threatens to close a church permanently for daring to worship against his "orders" to stay home? Bill de Blasio, that's who. What kind of mayor needs to be told by the court that they cannot discriminate against churches and religious organizations while hailing radical political protests and unequally enforcing shutdown laws? You get the point.

As de Blasio touts his achievements in enforcement of shutdown laws and paints a ridiculous Black Lives Matter mural on 5th Avenue just to suck up to protesters, the city around him has become a disaster. Businesses still closed and significantly throttled are shuttering permanently at an alarming rate. Rioters forced landlords and tenants across the city to board up their doors and windows and now he's saying kids won't be going to school full-time this fall either; an announcement that delivers a devastating blow to parents looking for work amid an economic crisis that seems to be unending.

Policies and initiatives enacted by de Blasio and his officers have ensured that havoc-wreaking protesters are not being prosecuted, criminals are being released, and the policemen and women of New York City are seen as the enemies, not the solution that they could be with support from a competent leader.

Mayor de Blasio has nearly reached his term limit and would be forced to leave office after 2021, but New York City simply cannot wait that long. De Blasio must go now.