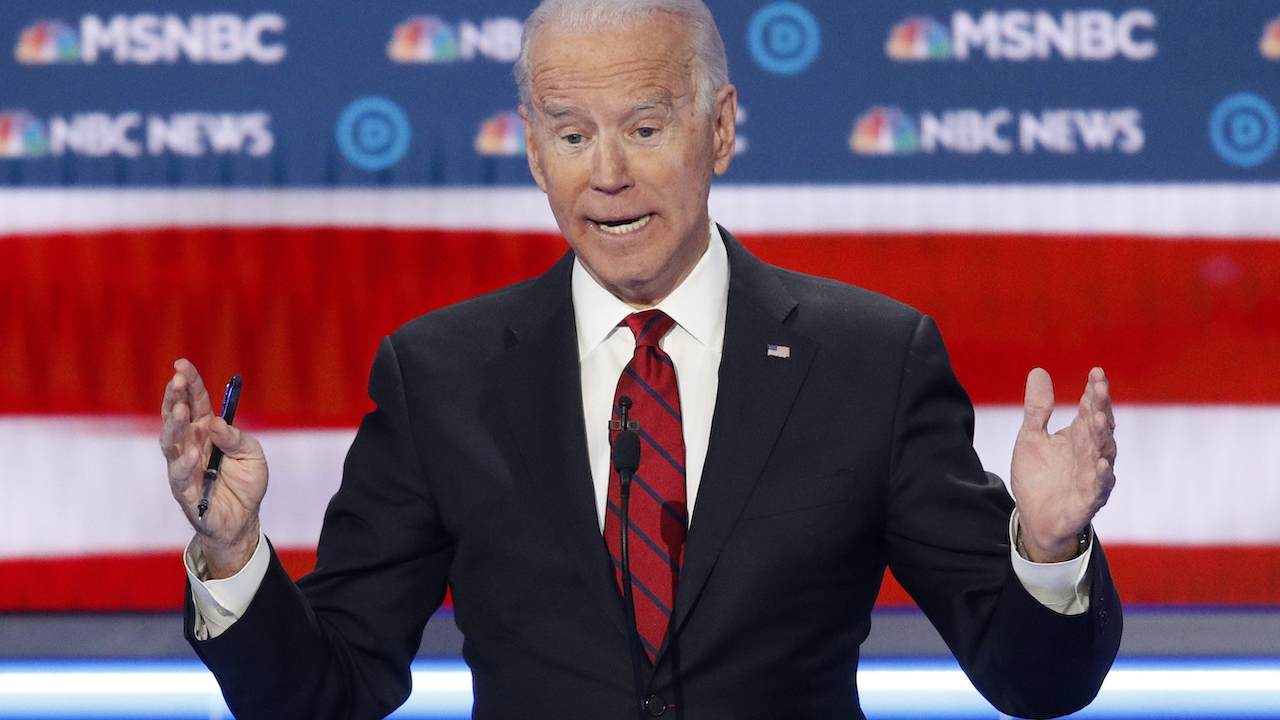 Joe Biden reminded supporters on Wednesday that he still supports a highly controversial new law in California that gouges the gig economy and has robbed many residents of much-needed income. Assembly Bill 5, signed into law last year by Gov. Gavin Newsom, completely changed the landscape and ease of freelance and gig work, eliminating opportunities to earn for many people interested in making their own schedules.

Since the law went into effect at the beginning of 2020, its effects have been condemned by people of all political stripes as thousands were left without the ability to earn money as contracted workers. Gov. Newsom has defended the bill through the criticism and through the economic crisis caused by the Wuhan coronavirus pandemic, but legislators across California have called for the law's immediate suspension.

"If AB5 is not immediately suspended then the consequences of the coronavirus collapse will be magnified," founder of the Rebuild California Foundation Dough Ose said in an April letter to Newsom. "Your action now to suspend AB5 will provide relief to over one million Californians."

Because AB5 dictates that freelancers are extremely limited in the amount of work they're permitted to do without becoming full-time employees with benefits, companies have also suffered from the loss of contracted work.

"The new law says freelance journalists can contribute only 35 paid assignments per year. Any more than that, and they’d have to become full-time employees," the editorial board of the Enterprise-Recorder said in January. "As anyone who is even remotely aware of the financial challenges faced by newspapers should have figured out 15 years ago, 'adding additional full-time employees' is not a viable option."

Their freelancers, who they say contribute a significant amount of their content, had to be told their contributions would be heavily reduced. Thousands immediately lost work in California because of the law, scrambling to find a job that could make up for the loss of their freelance income. The influx of full-time jobs with great benefits promised by the legislators who introduced AB5, unsurprisingly, did not materialize.

Then COVID-19 came to the U.S. and nearly 40 million people lost work due to pandemic stay-at-home orders. Desperate for any income, like delivery gig jobs, freelance work from home assignments, and any chance to earn money, Californians asked Gov. Newsom again to repeal the law. He refused.

"The state of California prides itself on being a national leader as it relates to protecting our workers from misclassification,” Newsom said in April amid the loss of millions of jobs in his state. California, he said, is “advancing the cause in righting those wrongs and continuing to transition in the implementation of AB5."

But rather than take the side of the workers in California clamoring for answers and deeply unhappy with AB5, Joe Biden doubled down on his support of the bill, highlighting the phantom benefits and protections no Californian has actually seen. He blamed "gig economy giants" trying to reform the bill for trying to undermine the disastrous legislation.

"Last year California passed #AB5, affording gig workers protections and benefits like a minimum wage and overtime pay," Biden said on Facebook. "Now, gig economy giants are trying to gut the law and exempt their workers. It's unacceptable. I urge Californians to vote no on the initiative this November."

Biden announced his support for AB5 earlier this year, but after the effects of COVID-19 on jobs and the economy, many potential voters seemed to hope he would change his tune. With the reinforcement of his position this week, however, many of his own supporters told him he was in the wrong.

"I support you but this is a blind spot and I urge you to reconsider," one supporter replied on Facebook. "AB5's hasty implementation and focus on enforcement has done nothing but hurt gig workers. Out of state companies now refuse to hire CA residents. Small businesses have been unable to come into compliance."

"Sorry to disagree with you, Joe, but this bill is brutal on freelance still and video photographers, severely limiting the number of assignments they can accept," another Biden supporter said. "Please support a bill that's fair to all!!"

In hundreds of comments, supporters and those hoping for more concrete policy stances from Biden shared their disappointment in his position on AB5.

"Joe, you are on the wrong side of this," costume designer Lois DeArmond said. "Please meet with the free-lancers who have been wiped out by this ill-informed law. It isn't one-size-fits-all."