No, Being Christian at the White House Does Not Violate a 'Separation of Church and State' Clause 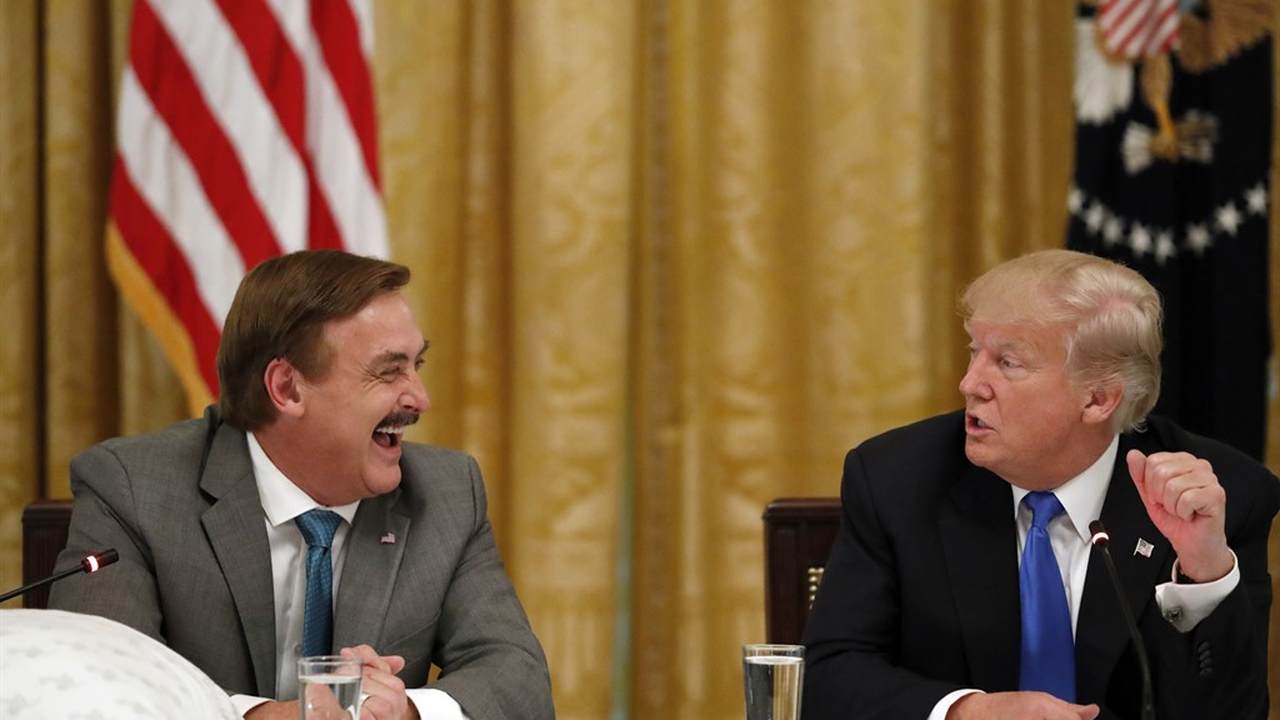 On Monday, My Pillow CEO Mike Lindell called on the nation to pray and read the Bible while speaking as part of the White House Coronavirus Task Force. Lindell also thanked God for the president after announcing that his successful company would be dedicating the majority of operations to producing 50,000 protective masks per day. Unsurprisingly, many in liberal media and anti-religious Twitter denizens ignored Lindell's philanthropic gesture and condemned his mention of God as an infraction of a made-up Constitutional separation of church and state.

In fact, the term "Separation of Church and State" does not appear in the United States Constitution at all. The Establishment Clause and Freedom Clause of the First Amendment, which state, "Congress shall make no law respecting an establishment of religion, or prohibiting the free exercise thereof," was intended by author Thomas Jefferson to prevent a state religion like the Anglican Church of England while protecting the right of citizens to worship.

The term "separation of church and state" is most often credited by historians to correspondence between Jefferson and the Danbury Baptist Association in Connecticut in 1801 and 1802. The DBA implored Jefferson, who had recently been elected as the third U.S. president, to reaffirm religious liberty in Connecticut as well as reject any future government-established religion.

Repeating his words as written in the Bill of Rights, Jefferson eased the concerns of the DBA by repeating the Establishment and Freedom clauses and further stating that the language now ratified in the Constitution built "a wall of separation between Church and State." Jefferson then expressed through Biblical Christianity his gratitude for their correspondence.

"I reciprocate your kind prayers for the protection and blessing of the common Father and Creator of man, and tender you for yourselves and your religious association, assurances of my high respect and esteem." However, simply rereading letters from Jefferson and the actual Constitution has proven to be either too arduous a task for many Americans or something they choose to ignore. The term "Separation of Church and State," has long been the refrain of atheists and those seeking to excise Christian values from the lives of lawmakers.

Beyond guarantees of freedom to practice religion and a Constitutional vow that no religion would ever be a legal obligation, the United States Constitution makes no mention of rejecting faith in the interest of politics. Assuring the newly established American nation that they would not be subject to a holy war, as the centuries-long blood bath between the Catholics and Protestants in England, was a far cry from removal of God from the public square.

But this fact didn't stop many anti-Christian voices on Monday from condemning the mere mention of God and Christianity during a press briefing at the White House. Lindell was even careful to stay clear of involving the president, though he didn't have to. The president, like all private citizens and public servants, has the right to thank God and pray.

"My Pillow CEO Mike Lindell says God put Trump in the White House and tells people to read the Bible while standing behind a presidential seal on government property in a clear violation of the separation of church and state," said actress Sarah Reese Jones, quoting a mythical law.

My Pillow CEO Mike Lindell says God put Trump in the White House and tells people to read the Bible while standing behind a presidential seal on government property in a clear violation of the separation of church and state. pic.twitter.com/ND7onUwQZk

Lol what no that's not how separation of church and state works sorry https://t.co/4OiQgZ2b89

Looking for “separation of church and state” in the Constitution. I see: “Congress shall make no law respecting an establishment of religion, or prohibiting the free exercise thereof” but I don’t see: “citizens cannot express their religious views if they’re near govt icons.” https://t.co/vZmvJkmMZ3

and CNN cuts him off.

That should tell you all you need to know about that network.

The “separation of church and state” is meant to protect the church from the state, not the state from the church. Incidentally we could use a bit of that separation right now https://t.co/jPBWbNlkVH

Look folks, Mike Lindell may have made 50 thousand hospital masks to help fight the Coronovirus, but the real sacrifice was made by Aaron Rupar, who had to endure hearing about one man's religious faith for a few seconds. https://t.co/wG3IonGTUc