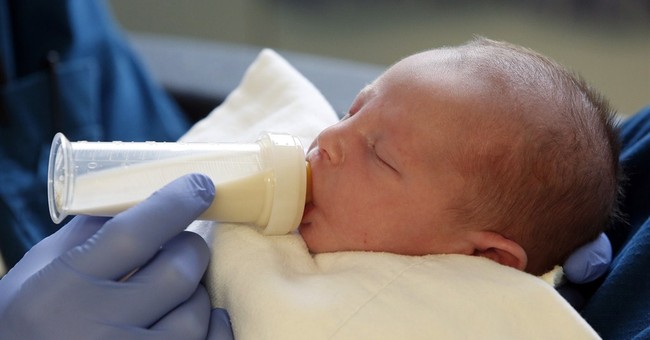 For the editor's column in the June issue of Townhall Magazine, I highlighted two myths that need debunking. Here's one of them.

The second myth has to do with abortion—and it’s a fallacy that I see as a huge problem in the conservative community. This is the bottom line: if you believe an unborn baby is a human being, you cannot, in intellectual honesty, allow an abortion exception for rape or incest.

Republicans do this all the time, and it drives me nuts. They deserve to be called out on it, as Sean Hannity was by a Democrat guest on his program not long ago.

Here’s the thing: rape and incest are horrible, horrible crimes. I can’t even begin to put into words how horrible. To be pregnant not by choice and in horrible circumstances is a scary thing. It’s unfair.

But can you really say, “Well, this life is less deserving of a chance because it came into being through something unjust?” The last thing you do to fix injustice is cause more injustice. The justice should be enacted on the person who committed the crime. No one should be killed or have less of a chance of life based on how they came into this world. It’s horribly unfair to say anyone doesn’t deserve to live because of how they came to be. That’s putting preconditions on someone. It’s so judgmental that a liberal shouldn’t be able to handle it.

And a conservative shouldn’t, either.