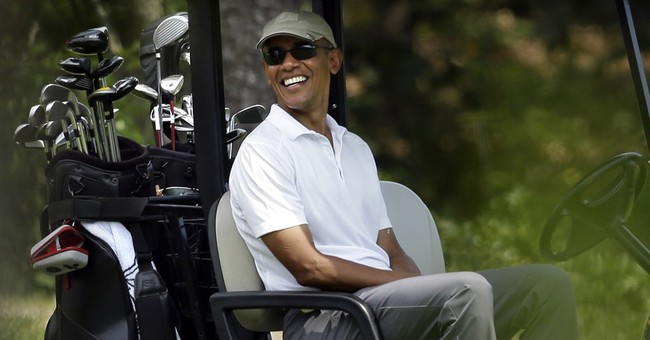 Let's dive into CNN/ORC's latest numbers, shall we?

Once again, the president’s job approval rating (47/51) is sinking and thus fully submerged underwater. That’s a small but noticeable reversal from where it stood not too long ago in July (49/47). But it gets even worse from there: He’s also struggling to impress on two key litmus-test issues that most Americans — and all eco-friendly progressives — care about, respectively: The economy (47/52) and climate change (47/48). Meanwhile, only 43 percent of respondents think well of the way he’s conducting “foreign affairs” (a whopping 56 percent disapprove) while support for his ISIS strategy is nearing historical lows. (Sixty-two percent disapprove of it, by the way. That's compared to 33 percent who are broadly on board).

And of course, the icing on the cake:

Clearly, the Iran deal is politically polarizing and unpopular. As a matter of fact, the poll suggests that perhaps more respondents prefer the old approach to the Iranian threat than the new one. Go figure. I’ll leave you with this: