Carter: My Doctors Found “Four Spots of Melanoma on My Brain” 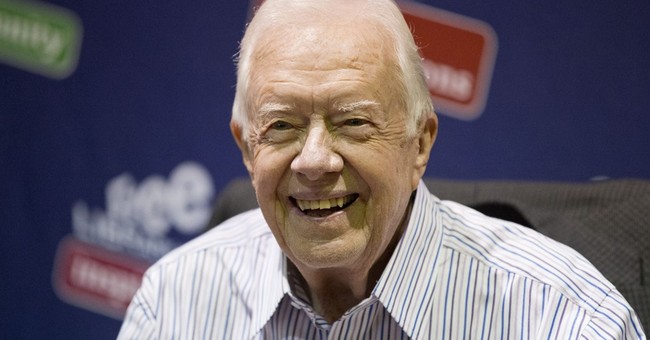 Former President Jimmy Carter announced at the Carter Center today that he's been diagnosed with a rare form of brain cancer, and thus will undergo surgery in just a few hours.

“They did an MRI and found that there were four spots of melanoma on my brain,” he said in a press conference Thursday morning. “They are very small spots — about two millimeters if you can envision what a millimeter is — and I’ll get my first radiation treatment ... this afternoon.”

Despite the diagnosis, however, the former president didn’t appear angry or depressed.

On the contrary, he radiated courage and optimism.

“I thought I just had a few weeks left,” he told reporters upon hearing the news. “But I was surprisingly at ease. I’ve had a wonderful life, thousands of friends, and an exciting, adventurous, and gratifying existence.”

“Now I feel as if this is in the hands of God,” he added. “And I’ll be prepared for anything that comes.”

Interestingly, asked why he continues seeking out medical advice given his advanced age, Carter said ignoring the diagnosis never actually crossed his mind.

“I never doubted that I would carry out the recommendations of Emory’s doctors,” he declared. “So when they said that they wanted to go ahead and find other places that [might be cancerous], [I was] perfectly at easy with that.”

“I do have a deep religious faith which I’m very grateful for,” he added. “So I’m ready for anything. I’m looking forward to a new adventure.”