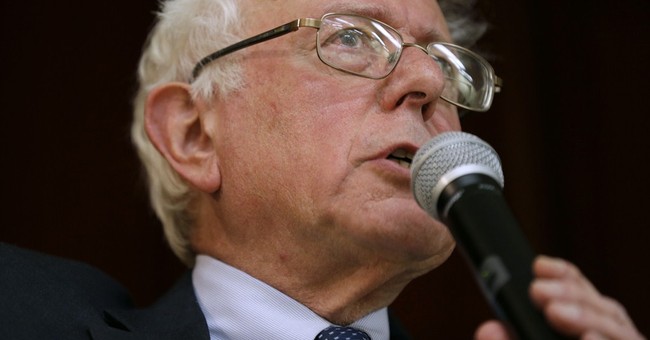 Democratic presidential candidate Bernie Sanders is a long shot for the 2016 nomination – a very long shot. His early fundraising campaign, however, is putting Republicans to shame.

CNN has the scoop:

Bernie Sanders' nascent presidential campaign announced Friday that it raised more than $1.5 million in its first 24 hours, a number that far outpaces what Republican presidential hopefuls posted in their first day.

Sanders, the independent senator from Vermont who caucuses with Democrats, kicked off his dark horse campaign for the Democratic nomination on Thursday with an email to supporters and a press conference outside the U.S. Capitol. Since then, more than 100,000 people signed up for the campaign and 35,000 people donated money, according to a campaign press release.

Sanders also vowed to spurn Super PACs, instead pledging to raise money by appealing to the rank and file of the Democratic Party. And his strategy seems to be working. As the article excerpted above goes on to note, the ‘average donation’ Sanders has thus far received is roughly $40. This shows that the lifeblood of his campaign – i.e., money – will come not from the “millionaires and billionaires” he angrily derided in his campaign announcement, but ordinary citizens concerned about income inequality, money in politics, and climate change.

Sanders, for his part, is the first presidential candidate to challenge Hillary Clinton for the Democratic nomination in 2016.