Report: After Furor Over 'Sex Party' Scandal, Head of DEA To Resign 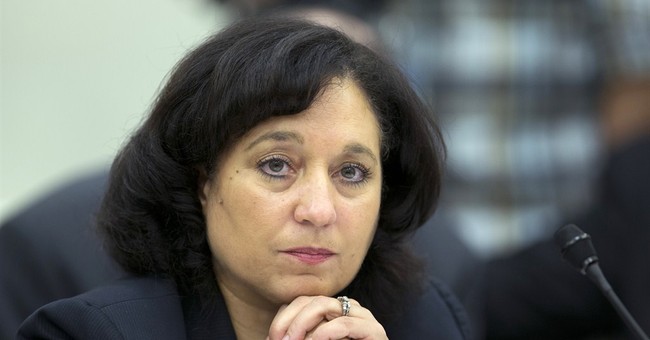 Yet another government agency is racked by scandal – and this time it will reportedly cost its department head her job:

Leonhart, who was confirmed to her position in December 2010 but has served in an acting capacity since November 2007, has presided over an agency that has been plagued by scandal in recent years. Just last month, a damning report from the Justice Department's Office of the Inspector General revealed that several DEA agents had engaged in "sex parties" with prostitutes paid for by Colombian drug cartels.

The article goes on to explain that the House Oversight and Government Reform Committee has already determined that “this kind of behavior dates back at least to 2001.” Goodness gracious. The salacious details are almost incomprehensible. Perhaps this is why members of Congress were visibly flabbergasted when Ms. Leonhart was on the hot seat last week.

“I used to work with law enforcement,” Rep. Trey Gowdy (R-SC) said in a recent interview, explaining the bipartisan waves of anger and incredulity steadily growing on Capitol Hill. “I take no great joy in having a conversation with any law enforcement agent like the one we had [last] week. But it was necessary because law enforcement enjoys special privileges and powers and rights in our society – and with that comes a corresponding responsibility.”

For some, however, that corresponding responsibility was completely jettisoned and forgotten. Agents allegedly left their weapons in the hands of shady characters while they attended and participated in these (ahem) "social gatherings" on government property. For obvious reasons, this endangered their lives, as well as prevented them from doing the job for which they are paid to do.

Hence, as Katie noted last week, this is why the Oversight Committee essentially forced her hand.

“Ms. Leonhart has lost the confidence of this Committee to initiate the necessary reforms to restore the reputation of a vital agency,” lawmakers from both parties concluded and wrote in a joint statement released last week.

Like other department heads before her, the damage – as they say – is already done.

There's simply no way to weather such a humiliating and mystifying scandal.