Benghazi Rescue Team Told to "Stand Down": We Could Have Saved Amb. Stevens' Life 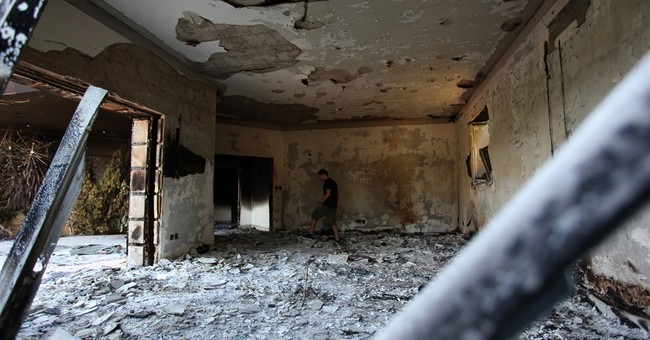 The tragedy of Benghazi has been largely dismissed, in some circles, as a “phony scandal.”

And yet a “senior intelligence official” provided Fox News this questionable statement ahead of the release of their new special, 13 Hours At Benghazi: The Inside Story: “There were no orders to anybody to stand down in providing support.”

This assertion, however, is belied and disproven by creditable witnesses who were on the ground the night of the Benghazi raid.

Remember, all the way back in May 2013, State Department official/whistleblower Gregory Hicks testified under oath that Lt. Colonel Gibson “was not authorized,” at Hicks’ behest, to bring his cache of security forces from Tripoli to Benghazi to rescue Ambassador Stevens and others the night of the attack. (Intrepid journalist Sharyl Attkisson, by the way, later reported that anonymous "administration officials" told her a military response was “ruled out from the start”). And yet a second whistleblower, Mark Thompson, also testified to that same effect.

"When I heard that the situation had evolved to them going to a safe haven and then the fact that we could not find the ambassador, I alerted my leadership indicating that we needed to go forward and consider the deployment of the foreign emergency support team,” he said, according to CBS News, in sworn testimony.

He then “notified the White House” about the urgency of deploying US rescue forces, which is when the administration told him, essentially, to back off.

"I called the office within the State Department that had been represented there asking them why it had been taken off the table and was told that it was not the right time and it was not the team that needed to go right then," he said.

Question: If no order was given to prevent US operatives in Tripoli from deploying to Benghazi, why on earth did two highly credible witnesses testify to the contrary?

Which brings us to this: Several members of the foreign emergency support team (who will appear in Fox's forthcoming special), claimed that, if they weren’t told to “stand down,” Ambassador Chris Stevens and Sean Smith would “still be alive today”:

The Fox special will premiere tonight at 10:00 PM EST.